The Internet is an incredibly powerful tool for accomplishing all kinds of tasks, not least among them
accessing information from websites that lets you do a better job at farming. 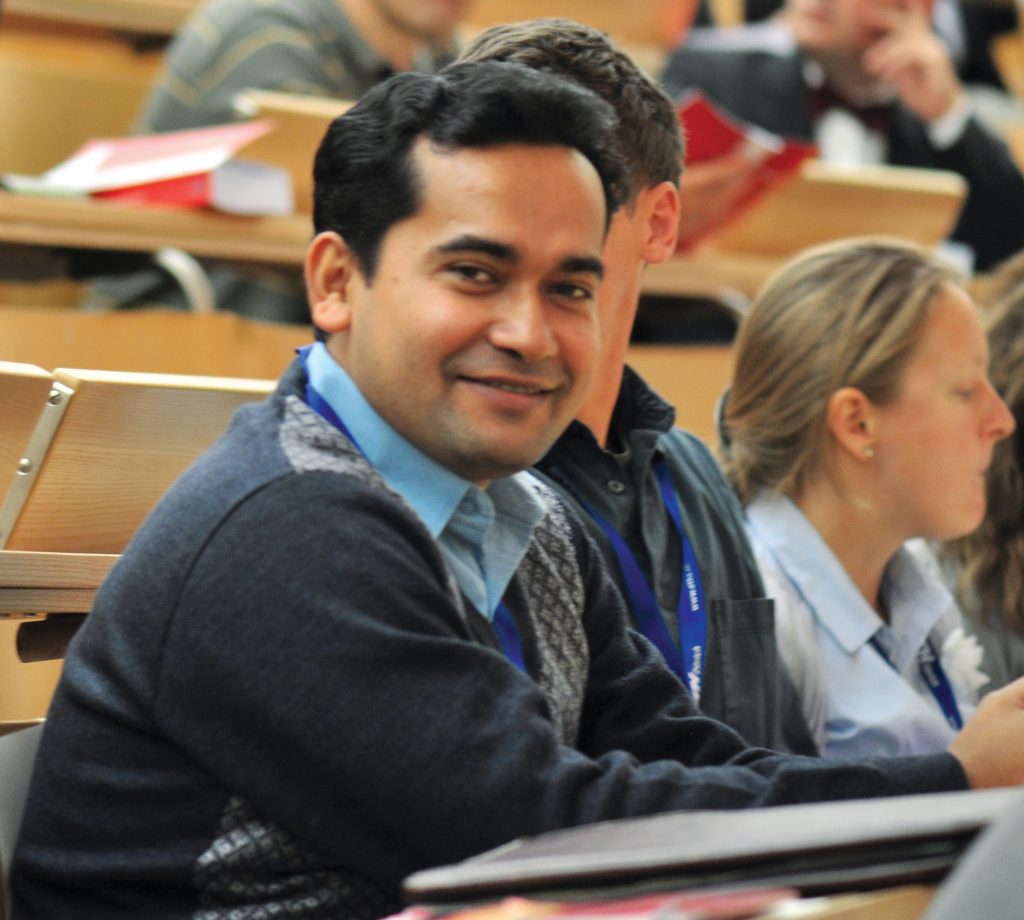 The University of Guelph’s Dr. Ataharul Chowdhury has found that the use of social media in agriculture has increased over the last few years The Internet is an incredibly powerful tool for accomplishing all kinds of tasks

Social media tools such as Twitter, Facebook and blogs (along with long-established tools such as e-mail) also are now commonly used to find and share answers, access grain prices, and conduct direct marketing – but also to do less obvious things like alert other growers in the area about a pest outbreak, or even notify neighbours ahead of time about spraying.

Dr. Ataharul Chowdhury has found that Twitter and Facebook are the most used social media tools/platforms in Canada’s agriculture industry after looking at more than 300 cases. “YouTube and blogs are the next most-used tools,” notes the federally funded post-doctoral research fellow in the University of Guelph’s School of Environmental Design and Rural Development.

“The use of social media tools has increased dramatically in the last year or two,” he notes.

Chowdhury says Twitter and Facebook are mostly used by farmers to receive disseminated information. He’s gearing up this year to study Web 2.0 platforms and tools (such as Internet forums, but also things like Twitter) where dialogue and interaction between farmers and other ag-sector players is the focus (Web 2.0 is a term used to describe websites that use more advanced technology, allowing users to interact with one another). Where magazines, association newsletters and blast e-mails are one-way information dumps, tools like forums and Twitter go beyond, to information sharing.

“It’s clear that Web 2.0 tools offer a chance to participate in collective learning environments and to add to the knowledge base out there, but we’d like to know if the entire community – agri-food producers, rural entrepreneurs, scientists, volunteers and public servants – are interacting more effectively than they did before ‘Web 2.0’ was created.” Chowdhury says. The intent of his research is to look at how conventional information flows, such as live presentations at field days, are being reinvented to go further – to help connect people who are interested in the topic partake in additional discussion or build on the knowledge given during the presentation to solve real problems on the ground.

Survey says . . .
The Ontario Ministry of Agriculture and Food (OMAF) conducted an online survey in early 2012 regarding usage of web browsing and social media tools and the attitudes of those in the ag sector towards them. A total of 439 individuals responded, including farmers, farm employees, agri-students and agri-business personnel. The survey revealed that the vast majority (84 per cent) of those who took part had used social media in the past year, and 73 per cent of the survey participants found social networking sites important to their work.

Similarly to Chowdhury’s studies, the survey found that “Twitter was the most commonly used social media application for agriculture-related purposes, such as the sharing and capturing of knowledge and information, professional networking and marketing.” However, OMAF states, “Facebook was one of the least-used applications for agriculture-related purposes, but the most used for personal networking amongst the survey respondents.”

There is business potential in this fact, however: almost 90 per cent of social media users indicated they would be “more likely to buy/use specific agri-product/service after a positive (personal) review on social media.”

Chowdhury agrees there is potential here (and acknowledges that a few OMAF initiatives now encourage ag producers to harness social media for market opportunities), but makes a critical judgment about actual benefit. We need to explore the role of social media in building trusting relationships, he says, and look at how it can reduce multiple layers of bureaucracy so that problems can be solved and “hands-on” benefits can be realized.

Challenges to use
“Social media is still in an early, exploratory phase,” Chowdhury explains. “There are relatively modest opportunities for use right now.” Some of the OMAF survey respondents agree, pointing to a lack of agriculture-specific smartphone apps. Chowdhury has been able to catalogue only a few apps available to the Canadian ag and rural communities, and these are most often associated with marketing. For example, in the Caledon/Dufferin County area (known as the Headwaters region), there is a project looking at how mobile apps can help support tourists who visit for recreational activities and special occasions, such as the 2015 PanAm games.

More important than the lack of apps, say the OMAF survey results, is the lack of social media use by those in government departments. The survey report suggests OMAF and service agencies should develop a policy to adopt social media as a communication strategy. Chowdhury agrees with this action, but further stresses the importance of moving beyond information dissemination to action.

In addition to limited social media opportunities, there are also important limitations to the fuller use of the available tools. Chowdhury notes limitations such as conflicting perceptions among users about the way a tool can be used, various perceived risks in employing a tool, and concerns over how using a given tool might affect a person’s credibility. The tools also have to appear to worth a person’s time and energy. “There is a lack of individual-organizational-system level confidence for using and developing appropriate social media applications,” Chowdhury concludes. People need to feel secure and confident about the use of tools, or they will avoid their use.

When asked how organizations such as Ontario Federation of Agriculture or OMAF could remove limitations to greater social media use (beyond making social media tools part of their official communication strategy), Chowdhury puts the focus on intention. “Making sure that an organization disseminates information, but then engages the users in commenting on this information, is essential for mobilizing knowledge,” he notes. It can be as simple as offering staff or clients a prize for the best comment, similar to “the letter of the day” used by some CBC radio programs. Moving forward, Chowdhury says, organizations also must be ready to receive and act on feedback relating to social media strategies, not all of which might be positive.