The presence of soybean cyst nematode (SCN) has been confirmed in Manitoba, according to Manitoba Pulse and Soybean Growers.

This confirmation is due to survey efforts conducted by Dr. Mario Tenuta and his laboratory (University of Manitoba) that have taken place from 2012 to 2019. SCN was identified by visual and molecular DNA methods in four out of 106 fields and four out of 18 municipalities sampled across all surveys.

Rural municipalities where SCN has been detected are Norfolk-Treherne, Rhineland, Emerson-Franklin and Montcalm. 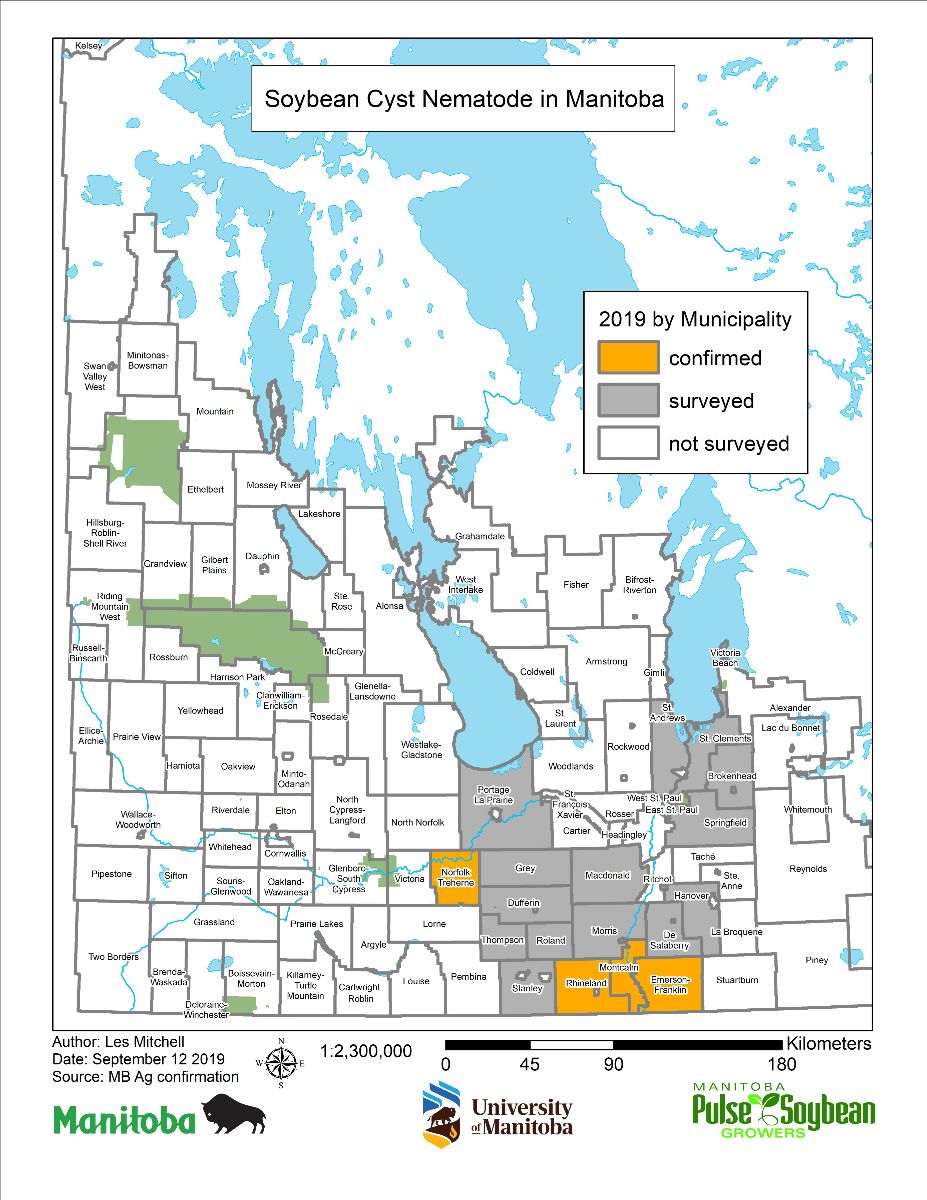 A map showing where SCN is confirmed in Manitoba. Photo courtesy of Manitoba Agriculture.

Given the large gap between regions with positive identification, there is a possibility that SCN may be present in fields that were not included in the survey, or may have established since sampling of a field has occurred.

Cyst populations found in these four fields are extremely low and consistent with recent establishment of this pest. The arrival of SCN in Manitoba is not surprising, given the northward spread and distribution across North America. Once established, SCN can remain in the soil for many years.

The arrival of SCN in Manitoba fields can still be avoided by preventing the spread of soil from one field to another. Populations of SCN can be minimized by rotating to non-host crops, growing SCN-resistant soybean varieties, growing cover crops, reducing tillage and controlling host weed species.