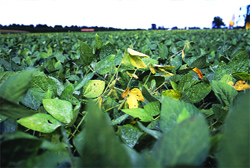 The drive to bring advanced seed technology to market has seen a tremendous upward surge, arguably since 2003 or 2004. Seed companies have been working at a frenetic pace to release new traits and characteristics sooner, faster and amidst greater expectations.

Yet somewhere below the visible surface of the industry is an alarming trend. The number of individuals involved in traditional breeding programs is declining and it is happening across North America, throughout the public sector, in university programs and private sector seed companies. And it is critical now, not in five or 10 years; the time to prevent further erosion within the industry is now.

Like so many trends, the road to this shortage began with the after effects of the ‘baby boom’. According to Henry Olechowski, research director with Hyland Seeds in Blenheim, Ontario, the 1970s and ‘80s saw large graduating classes at agricultural institutions. “About the same time in the early 1980s, we had advances in biotechnology and molecular genetics and those areas seemed to draw a lot more of the potential ‘aggies’,” he explains. “Now as the baby boomers are retiring, other breeders are getting out of the field. As this has been occurring during the past five years, we’re just not finding graduates that are trained in classical breeding to fill those vacancies.”

Agriculture mirrors society
Olechowski differentiates between classical breeding and breeding advancements using molecular markers or genomics. “The ones that are graduating have the interest, it’s just
the way agriculture has been in the last two decades where people have gone to other disciplines,” he explains. “There are a lot of people working in the molecular genetics area, in the biotechnology area, which are tools, but they are not breeding programs, per se. If you look over the last two decades, where have a lot of research grants gone? They’ve gone into the molecular area, they’ve gone into genomics and very little has gone into traditional breeding.”

In many ways, agricultural science is mirroring the present crisis in health care, particularly with the shortage of general practitioners. Most entrants to medical schools are opting to become surgeons or obstetricians instead of family physicians. The latter requires a more extensive and diverse base of knowledge, having to understand everything from infant colds to Alzheimer's. Much the same is true with classical breeding where the level of knowledge and expertise is quite broad, while genomics and molecular markers technologies are far more specific.

A chorus of one
Dr. Elizabeth Lee knows she has to work harder to convince graduate and undergraduate students of the benefits of life as a plant breeder. The University of Guelph researcher and corn breeder has endured seed trade apathy about the value of contributions to public breeding programs and the notion that private sector interests can provide all that is necessary to sustain the agri-food industry. However, the question of who will be left to ‘teach the teachers’, not just for today but tomorrow as well, should be of particular interest to everyone in agriculture. And Lee has a perspective that is unique: she is the only public sector corn breeder with a university program in Canada.

A graduate of Iowa State University, Lee is critical of many of the causes of this crisis, particularly poor recruitment and the failure of universities in Canada to maintain value in higher education. “We’re not attracting quality grad students to the program and that’s all over North America, not just a Guelph problem,” says Lee. She also points to the growing frustration of professors regarding reduced funding and the effect that is having on students. “They see what we have to go through, and it doesn’t take a rocket scientist to pick up on those cues and watch us having to battle for our basic existence.”

In that sense, it is similar to farming parents encouraging their children to steer clear of the harsh realities of commodity agriculture.

To be optimistic, Lee insists anyone with a good aptitude for plant science or biology and an acceptance for working outdoors will have plenty of opportunity. She cites a recent example where Monsanto offered one of her graduate students a six figure income for a breeding position in Nebraska. Instead, the student accepted a position with Agriculture and Agri-Food Canada in Swift Current to work in its durum wheat breeding program. “He’s straight out of grad school and this durum wheat breeding position is one of the best-funded breeding programs in federal agriculture,” explains Lee.

On the negative side, the contraction in the agri-food industry paints a disturbing picture, particularly in public sector corn breeding. When she was a graduate student at Iowa State, industry meetings would yield as many as 150 corn breeders. “Last year, there were 25 and I think it’s just a matter of time before what has happened to corn happens to soybeans,” predicts Lee. Breeding programs have taken a huge hit from the Ontario Ministry of Agriculture, Food and Rural Affairs (OMAFRA), in terms of the dollar amounts being made available, and much of it comes down to either a lack of flair or political motivation. “Breeding programs tend to be fairly long-term and they don’t tend to be flashy. The government continually faces challenges on where and how to direct its spending, and in a time of higher demand for health care and education, that pile of money doesn’t get any bigger.”

Grass not any greener in US
Contrary to popular belief, the same challenges are facing researchers and breeders in the US, whether at the university level or in the private sector. According to Dr. Ben Hable, research funds for public work have been cut and decisions on how to distribute what is available are becoming more difficult.

“Writing a grant for a field breeding type of research study doesn’t have the weight for the granting agencies or whoever may be deciding on how they’re going to allocate the fund’s availability,” says Hable, the head of North American corn breeding for Syngenta. Based in Slater, Iowa, he is also an alumnus of Iowa State University and echoes Olechowski’s historical review of the wave of graduates entering breeding programs in the 1970s and ‘80s, only to see those numbers tail off in the 1990s. And the problem continues to stretch across all aspects of US agriculture, including vegetable crops. “We have a lot of openings at Syngenta and I know our competitors also have openings.”

Nor is the escalating demand limited to just breeders’ positions. “The people who really do a lot of the field trials, who are experts with the equipment and capturing the data and producing the seed from a research standpoint, the staff, if you will, that a conventional breeder always had, we’re having trouble finding those people, as well,” cautions Hable. “I have three openings right now and it’s disheartening that we don’t have more applicants.”

Contraction an issue but where?
Like Lee, Hable cites contraction of the agri-food industry across North America as a significant driver. Yet in spite of larger farms and fewer farmers, demand is not slipping. “There was always the fear that consolidation would reduce the number of breeders that are demanded by the industry, but breeding has changed,” says Hable, pointing to molecular markers, GMO technology and computers. “It’s such an interactive approach now that you have the broad expectations, but you also need people that are the experts and those numbers haven’t gone down.”

There also has been a shift in investment dating back to the late 1980s, away from the chemical industry towards the enhancement of seed technology. “Seed never really was a big money maker, but that’s changed and it’s driving some of the investment which drives the need for more scientists and technical people in the seeds end,” says Hable. “Now with
GM crops and its first wave, and the energy aspect that’s coming to light, there’s huge demand, so there’s a huge influx of investment dollars from the private sector.”

No easy solutions
Although it tells young people that there are opportunities in agriculture, that influx does little to solve the critical shortage of breeders. For Lee and Olechowski, part of the solution is to promote agriculture, particularly with a science or breeding expertise, as a viable future with considerable potential and to share that message with high school students now.

To help, Lee is working with Dr. Istvan Rajcan and Dr. Duane Falk to build a centre for plant breeding education at the University of Guelph to attract funds to support graduate students. The three are working to build a pool of private sector money and receive matching funds from either federal or provincial ministries to help further the students’ learning.

For Hable, a similar program exists at Iowa State University, as well as schools in Missouri and Nebraska, where a graduate degree-at-large provides students with the opportunity to learn and perform field duties with a participating company. The company benefits from the varied field work while the student becomes familiar with the company and the expectations that are part of the job. n