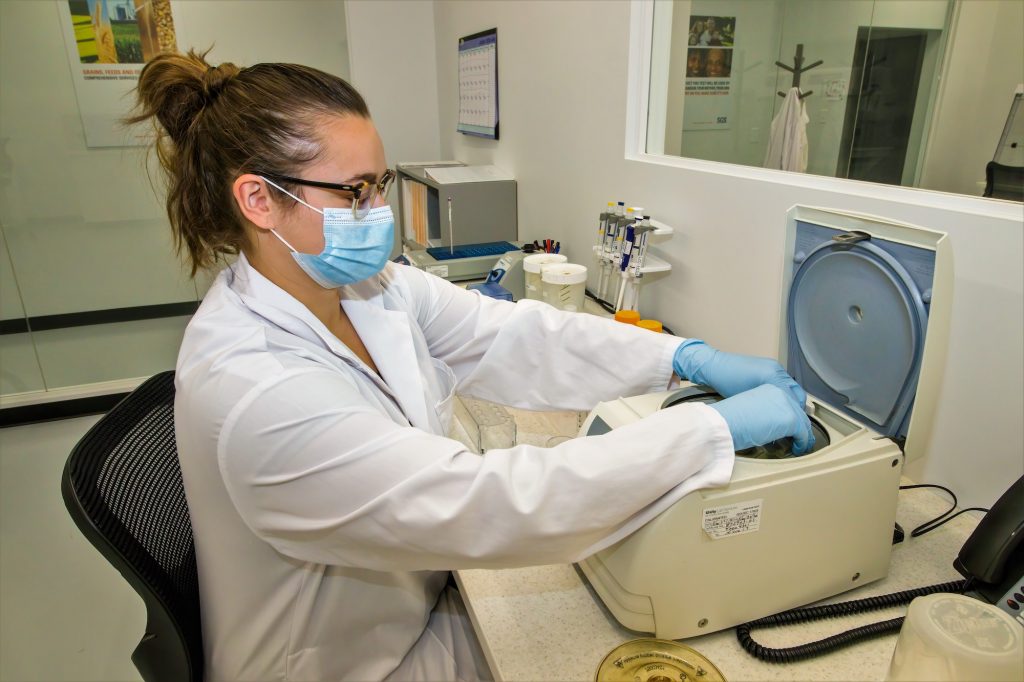 A lab technician tests samples at SGS Canada's Genomics lab in Saskatoon. The lab, which recently expanded its state of the art facility, has been busier than ever during COVID-19. Photo courtesy of SGS.

A Canadian lab that has helped companies during COVID-19 avoid lengthy GMO testing delays has expanded their state of the art facility in Saskatoon to meet the growing need.

SGS has provided testing and certification services to the agricultural community for more than 130 years and has operated the Genomics lab in Saskatoon since 2017.

In March, plans for the grand opening of the expanded facility had to be postponed because of the pandemic. The new facility is close to 4,000 square feet, with designated rooms for sample preparation, grinding, DNA extraction, and genetic testing using PCR (Polymerase Chain Reaction) technology. Every room is equipped with positive/negative air-pressure to avoid contamination, which is crucial for a commercial GMO testing lab.

This week, SGS released a video that was recorded virtually to mark the launch of the facility and the start of the new crop year on August 1. Before the lab opened three years ago, companies often sent their samples across the border to be tested. That became even more complicated during COVID-19.

The SGS Genomics lab works with companies across Canada and locally, including Virtex Farm Foods, a non-GMO canola crush facility in Saskatoon, and Richardson International Ltd., one of the largest grain handling companies in Canada.

“We started this lab because of the need for accurate and efficient GMO testing for Canadian crops and food products.” says Tajinder Grewal, chief scientist and head of the Genomics Lab for SGS Canada.