Respect the pulse. That’s the result of a research study that looked at the value of nitrogen (N) credits from pulse crops past the first subsequent crop.

“In most studies, N release from legume crop residues is determined in only one subsequent crop, and results on pea residues usually show that little of the N is released in the subsequent crop season,” says research scientist Newton Lupwayi with Agriculture and Agri-Food Canada (AAFC) at Lethbridge, Alta. “We wanted to look beyond the first subsequent crop to understand pulse contributions over the longer term.”

The notion that pulse crops contribute N to the subsequent crop – usually wheat and usually for higher protein content – is well known. Cereals grown in rotation with pulses usually have reduced N requirements because the pulse crop contributes substantial amounts of N from decomposing residues to the subsequent crop. Surprisingly, though, research has shown that less than 20 per cent of pea residue N is released in the first year under zero tillage. That led Lupwayi to question what happens to the remaining N in pulse residue and to determine whether it contributes beyond the first subsequent crop.

Lupwayi, and AAFC colleague Yoong Soon at Beaverlodge, Alta., looked at carbon (C) and N release from legume residues to three subsequent crops. They thought some of the N that was not released in the first year from pulse residue would get released in subsequent years. A four-year rotation was set up at Beaverlodge in 2007 on land that had previously been in oats. All the crops were managed under no-till on nine-inch row spacing according to standard agronomic practices.

In the year of establishment, green pea, forage pea, fababean, fababean green manure (GM), chickling vetch GM, and hulless barley were grown. Barley was used as a control for estimating N fixation by legumes in the year of establishment. The green pea variety, Camry, was a semi-leafless type, and the forage pea variety, 4010, was a bushy normal-leafed type. Wheat in 2008, canola in 2009 and hulless barley in 2010, were planted on the legume plots.

In the legume year, the GM crops were terminated by cutting at full bloom on July 24 and residues spread on the surface. However, the GM crops re-grew and a second cut was done on Sept. 18. The other crops were harvested for seed at maturity in September.

“The high N-fixing ability of fababean has been reported in other studies,” Lupwayi says.

Looking at the amount of N accumulated and left on the field in the crop residue, Lupwayi says the fababean, forage pea and vetch GM residues accumulated the most N (129-153 kg N/ha) and green pea the least (65 kg N/ha). Green pea residues contained the least N because 66 per cent (124 kg N/ha) of the aboveground N was removed at harvest in the seed.

“Fababean and forage pea residues contained more N than expected from a pulse crop because their seed yields were lower than that of green pea. The seed yield of these two legumes was low mainly because the growing season of northern Alberta is too short for them and fababean in particular was harvested before full maturity,” Lupwayi explains. “Therefore, these two legumes exported less N off the farm through the seed at harvest than green pea.”

Lupwayi says there were essentially no differences between the residues in C concentrations, except that it was lower in fababean GM residues than in chickling vetch GM residues.

N release goes beyond first year
The pattern of N release varied between the GM residue and the pulse crops grown for seed. For the GM residues, most of the N was released in the first year – mostly in the first 10 weeks of GM residue placement in July of 2007. Since the first subsequent wheat crop wasn’t seeded until 10 months later in May 2008, Lupwayi says the released N could have been susceptible to losses through leaching, denitrificaiton and ammonia volatilization.

“In this study, it is most likely that these losses were considerably higher with the GM crops with their low C:N ratios than with pulse crop residues,” he says.

The fababean and pea residues also initially had a variable rate of release at the start, but became more steady and consistent as time progressed. A more consistent release would help feed the crop more uniformly throughout the growing season. (See Figs. 1 and 2.)

“The release of N from pulse crop residues was probably better synchronized with crop uptake than the GM residues because the latter released their N too quickly. Among the pulse crops, the residues of fababean and forage pea had a good combination of high initial N contents and a low C:N ratio relative to green pea residues, which released the least N,” Lupwayi says.

Another interesting finding was the yield of the barley crop in the third subsequent year after the study was established. Barley grown on the forage pea residue produced the highest yield, with green pea at approximately 95 per cent of forage pea and fababean at about 87 per cent. The green pea result was surprising, considering that it had lower initial N fixation – perhaps explained by other non-N factors.

“Pulse crops deserve more N credit than they get for the yield responses of subsequent crops,” Lupwayi says. “The rotational value is underestimated if you only evaluate the first subsequent crop.” 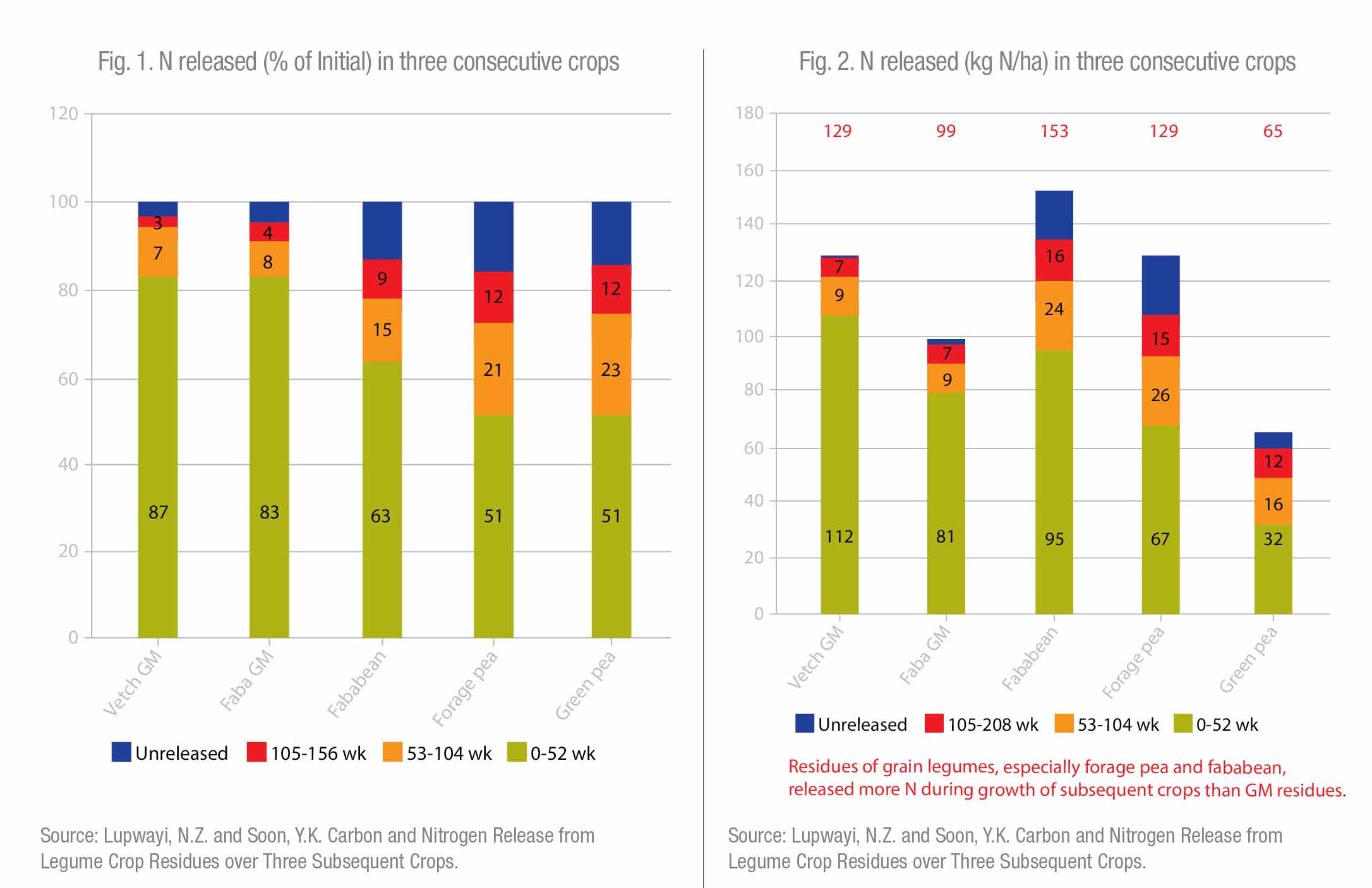 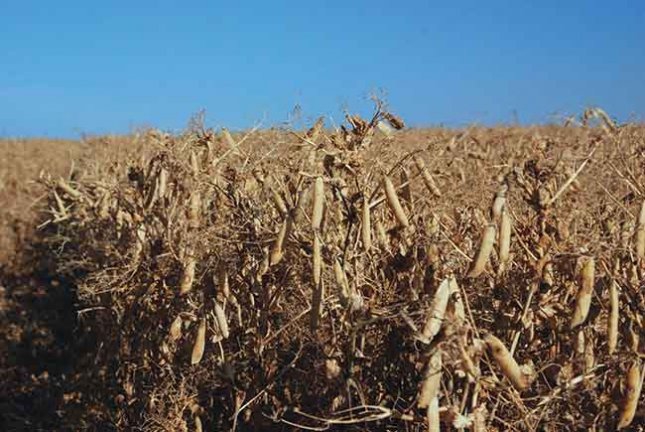 Pulse crop residue should get credit for more N-release in subsequent crop years. Respect the pulse. That’s the result of a research study that looked at the value of nitrogen (N) credits from pulse crops past the first subsequent crop.