The root rot complex, which includes Fusarium sp., Rhizoctonia solani, and Pythium sp., is becoming more and more common across pea-growing areas of Western Canada. While the pathogens like wet and warm soils – they thrived in 2010 and 2011 – root rot was still causing problems in the relatively drier 2012 growing season.

“The type of year doesn’t seem to matter. I still get calls from farmers who are concerned they may have root rot in their pea fields,” says Robyne Bowness, a pulse crop pathology technologist with Alberta Agriculture and Rural Development (AARD) at Lacombe, Alberta. “The common denominator is that these are good growers who have been growing peas for 20 years. The disease pathogens have become well established in most pea fields.”

The root rot complex is a soil-borne disease and can affect pea plants at stages from seeding through flowering. It interferes with nodulation and nitrogen fixation, and can deteriorate the root system, resulting in reduced plant biomass and yield loss. Yield losses have been observed to be as high as 70 percent, although they are hard to measure.

Generally, the pathogens attack emerging seedlings during stand establishment. Early in the season, symptoms include poor emergence, seedlings that collapse due to a compromised root and stem system, and stunted growth. Seeds may rot, and primary and secondary roots may turn brown or red. The vascular tissue may become reddish, brownish or pinkish.

Symptoms later in the season included stunted growth, yellowing patches in the field and stand collapse after the crop flowers. Below the ground, the roots may turn brown, and be weak and non-existent, with vascular tissue becoming red, brown or pink.

The Fusarium sp. that are part of the root rot complex include Fusarium solani f. sp. pisi and Fusarium avenaceum. The dominant species in Alberta is F. avenaceum. In testing, there were considerable variations in the aggressiveness of the F. avenaceum isolates, with some causing very little damage to roots and others causing complete root disintegration.

“The variation in pathogenicity wasn’t caused by geographical location. It doesn’t seem to matter if the field was wet or dry, in the south or north, or on irrigated or dryland,” says Bowness.

Manage disease prior to seeding
Currently, all pea varieties are susceptible to the root rot complex. Although some are less impacted, none are considered truly resistant. Plant breeders are working on resistant germplasm, but the disease complex is complicated, so success may come slowly.

Bowness says a good crop rotation with four years between pea crops helps. Seed treatments should be part of the management strategy. The pathogens seem to do better on compacted soils, so practices that minimize soil compaction are important. The use of high quality seed also can help the emerging seedling resist the pathogens.

“You can’t do anything in-season once the disease symptoms show up. There aren’t any post-emergent fungicides that are effective, so the impact depends on the isolate’s aggressiveness and the weather,” says Bowness. “The most effective strategies are crop rotation and seed treatments.” 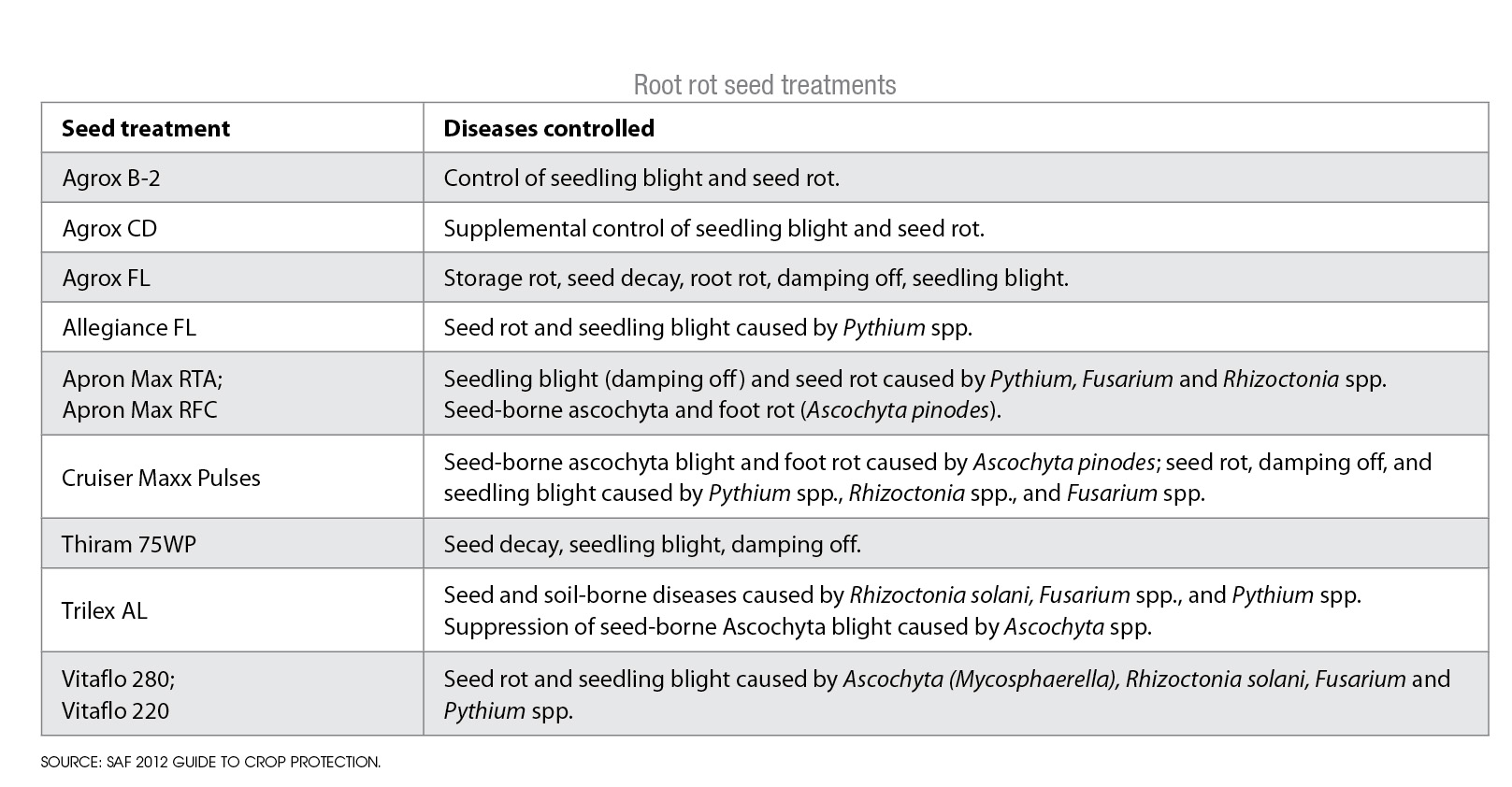 “Aphanomyces is very difficult to isolate, and so we assume it has gone undetected for quite a while,” says Banniza.
Pythium and Aphanomyces are called water moulds, and thrive in soggy soils. Banniza explains that the pathogens produce spores in the soil that can swim towards a root. With the wet conditions over the last few years, these pathogens have thrived.

French and American researchers are working to understand Aphanomyces, and Banniza and her colleagues are watching that research with interest to see what additional work needs to be done on the Prairies. 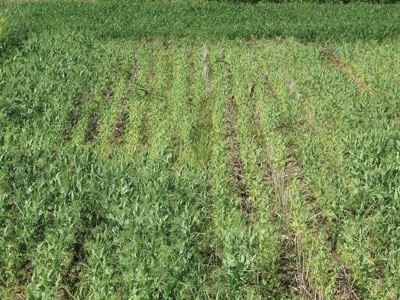