June 4, 2012, Athens, GA - A newly published genetic sequence and map of foxtail millet, a close relative of switchgrass and an important food crop in Asia, is giving scientists working to increase biofuel and crop yields a powerful new tool.

The effort to develop the detailed genetic sequence and map involved 34 scientists from eight institutions and was spearheaded by researchers from the University of Georgia. The results appear in the early online edition of the journal Nature Biotechnology.

Lead author Jeffrey Bennetzen, Giles Professor and Georgia Research Alliance Eminent Scholar of genetics in the UGA Franklin College of Arts and Sciences, said the sequence and map will allow scientists to systematically search for genes that influence traits such as disease resistance, drought tolerance, growth rate and cell-wall composition. Once those genes are identified, breeders can develop crops that require less water or pesticides, for example, or develop plants that can be easily converted into biofuels.

The team also sequenced a relative of foxtail millet known as green foxtail or by its Latin name, Setaria viridis. Bennetzen said this diminutive plant has a number of characteristics that make it an ideal model for understanding switchgrass as well as staples such as wheat, corn and rice.

Green foxtail, a common weed worldwide, produces a new generation in as little as six weeks, can easily be grown in a greenhouse, can be self-crossed to create genetically similar plants and has two copies of each chromosome compared to four copies for switchgrass.

"In addition to being a great switchgrass model, Setaria arguably could be the best model grass period," Bennetzen said. "Over half the world's food comes from grasses, and this may be the appropriate species to serve as a model for all of them."

Bennetzen noted that following the publication of his team's initial sequence data in 2010, dozens of labs began using Setaria as a model organism for their genetic studies, much in the same way that scientists studying human diseases use mice as models. With the publication of the detailed genome and the genetic map, he expects the number to rise to scores if not hundreds within the next several years.

To decipher the gene sequence, the researchers used the so-called shotgun sequencing approach, which chops the plants' DNA into a number of pieces. Scientists then use powerful computers to find areas where the DNA base pairs overlap, a process akin to reconstructing a novel from its sentence fragments. Repeating DNA sequences that are difficult to place within a given segment added a level of complexity to the process, but the scientists' work ultimately revealed a genome that contains approximately 400 million DNA base pairs. The scientists also constructed a genetic map, which shows the location of the genes on the chromosomes and gives vital information for comparative studies with other plant species.

"For bioenergy production, you want to be able to look at genes that are going to improve the quantity and quality of biomass," said senior author Katrien Devos, a professor of plant biology in the Franklin College and a professor of crop and soil sciences in the College of Agricultural and Environmental Sciences. "Once we know the relationship between the switchgrass genome and the Setaria genome, we can do a lot of the analysis in Setaria."

The project is part of the U.S. Department of Energy-funded BioEnergy Science Center, a collaboration that began in 2007 and involves major universities such as UGA, national research laboratories and industry colleagues. Biofuels such as ethanol are currently made from starch, which is easily broken down, but a major goal of the BESC is to more efficiently break down the component of plant cell walls known as lignin that gives them rigidity. Doing so would dramatically increase the amount of plant products that can be used to create biofuels and allow perennial grasses such as switchgrass, which grows well on marginal soils in Georgia and other states with warm climates, to become a cost-efficient source of biofuels.

"If we can find genes that affect lignin production in Setaria, they're very likely to do the same in switchgrass because they're such close relatives," Bennetzen said.

The research was primarily supported by the U.S. Department of Energy and the National Institute of Food and Agriculture with additional support from the Oklahoma Center for Science and Technology, the University of Missouri Research Board and the Georgia Research Alliance. 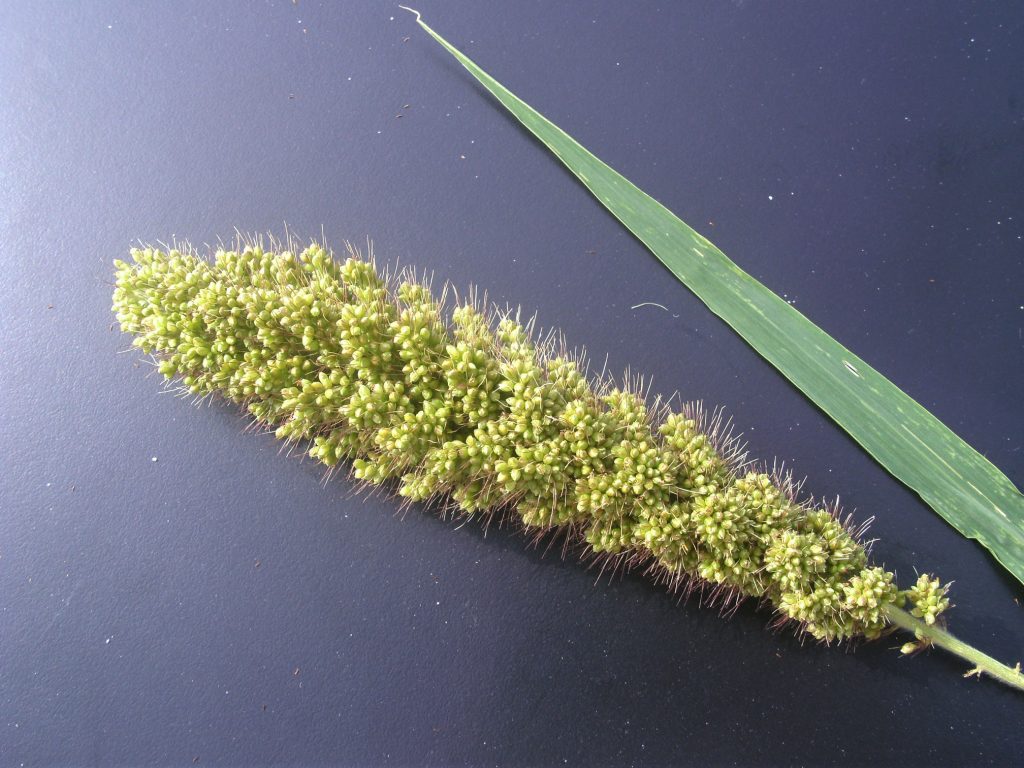