In a news release, the company states that according to field tests, Operation Harvest Sweep has been shown to reduce shatter loss by 80 to 85 per cent, helping farmers make more money at harvest, while achieving full return on investment in as quickly as one year.

Operation Harvest Sweep kits are available for most popular makes and models of corn headers. Each kit contains deck plates, gathering chains, impact pads and hardware for one row unit. Unlike OEM deck plates, the ones included in Operation Harvest Sweep are lipped to retain shattered kernels, rather than letting them fall to the ground. Additionally, the new gathering chains are equipped with sweeps to bring the shattered kernels from the deck plates to the auger. The gathering chains also come with impact pads for gentler corn handling and reduced shattering.

In addition to more bushels harvested, end users may also experience less volunteer corn appearing in their corn/soybean rotations, since fewer kernels fall to the ground with Operation Harvest Sweep. As a result of less volunteer corn, fewer nutrients and water are stolen from soybeans. 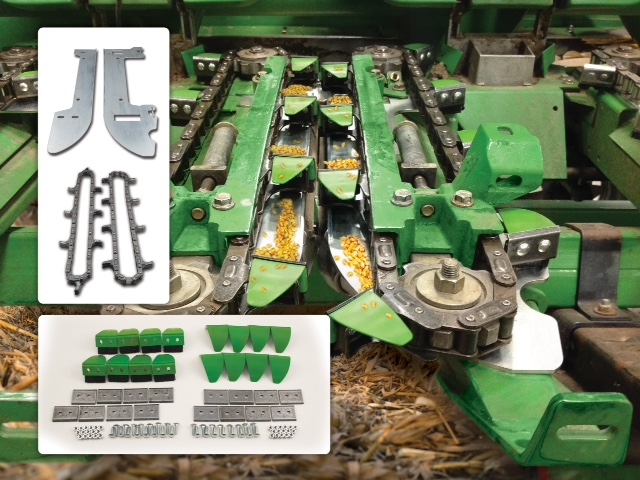 Harvest Sweep with kit. Operation Harvest Sweep kits are available for most popular makes and models of corn headers.