A new pea class may break new ground for growers and processors on the Prairies. The first varieties, Redbat 8 and Redbat 88, were developed by the Crop Development Centre at the University of Saskatchewan. Both have been released by the Saskatchewan Pulse Growers (SPG) to ILTA Grain through SPG’s Tender Release Program. 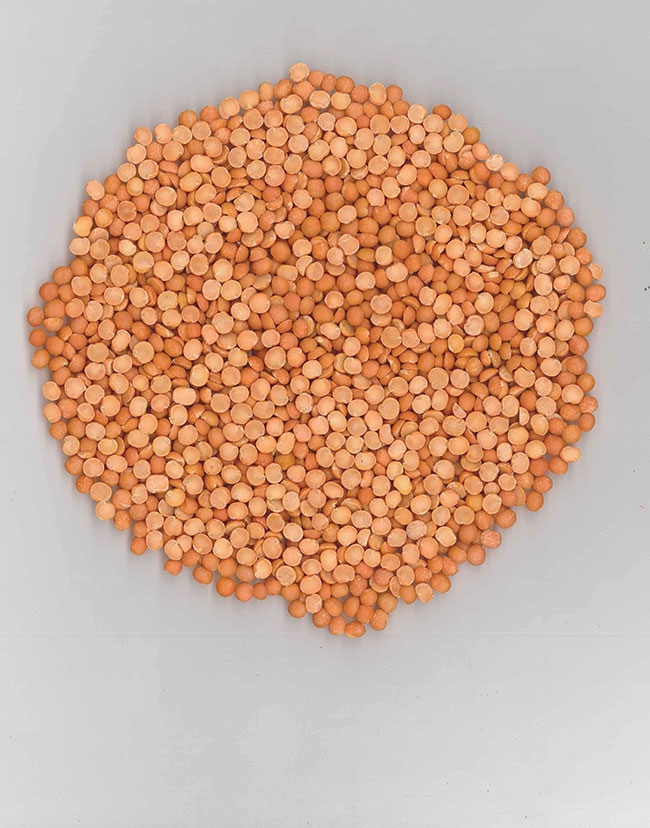 Red split pea may open up opportunities in new markets. A new pea class may break new ground for growers and processors on the Prairies.

“We thought that the red pea could be something new and different for us to develop. As a split pea, it might be able to fit into the same market as red split lentils. There may be some interest there with buyers, and possibly some other markets as well,” says Dan Burneski, president at ILTA Grain in Surrey, B.C.

SPG’s Tender Release Program is designed for varieties that are unique, have little or no established market demand and are developed through the Crop Development Centre’s breeding program. The thinking is that increased collaboration and communication with growers, plant breeders, processors and exporters could result in premiums for growers.

ILTA Grain has the rights to red pea market class for eight years, until 2021. Over the past several years, they have been working primarily on seed production with grower contracts through their North Battleford, Sask., location, where they have a pea splitting facility.

Information from the Saskatchewan Varieties of Grain Crops 2016 guide showed that, based on three years of performance trials, Redbat 8 has strong yield potential, measuring 106 per cent of CDC Golden yellow pea in the south and 103 per cent in the north. Redbat 8 is a smaller seeded pea, with a thousand-kernel weight of 190 grams. It has medium maturity with lodging rated similar to CDC Golden, but not quite as good as CDC Amarillo and CDC Greenwater.

Redbat 88 has similar agronomics but even better yield than Redbat 8.

New market opportunities
Burneski says the company is just getting started with market development. After the 2016 harvest, they now have enough seed to start working with customers around the world to see how a split red pea might fit in those markets. He is marketing into major pulse markets in the Middle East, Turkey, Bangladesh, China, India and the U.S.

Originally, Burneski thought a split red pea would compete with split red lentils as a lower cost alternative. However, since red lentil prices have come down from their recent highs, the substitution is more difficult to sell. Potential also exists for new markets; for example, China has expressed significant interest in red pea as a snack food.

ILTA Grain’s 2017 contracting program is currently being assessed, based on interest from international buyers. Burneski believes it will likely be similar to last year’s program, in the 15,000 to 20,000 acre range.

“This [2016] is the first year we’ve really had a significant amount of red pea available for customers to look at. We’re waiting on feedback from them before we finalize our 2017 contracting program,” Burneski says.