Highlights from the latest crop reports from Alberta, Saskatchewan and Manitoba.

After a hot dry start to the growing season for most of the Prairies, recent rainfall provided some relief for crops. However, for some regions in the Prairies, more moisture is needed to improve crop progress.

For some regions in Alberta and Saskatchewan, crop progress is behind the average of what’s expected for the year. 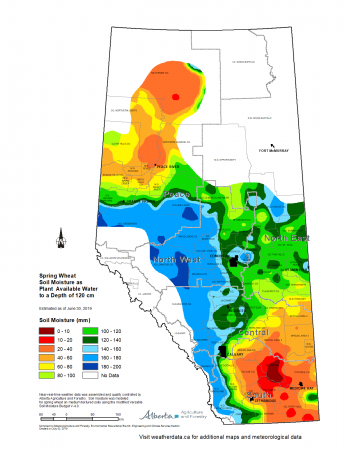 Spring wheat soil moisture as plant available water to a depth of 120cm, as of June 30, 2019. Map courtesy of Alberta Agriculture. 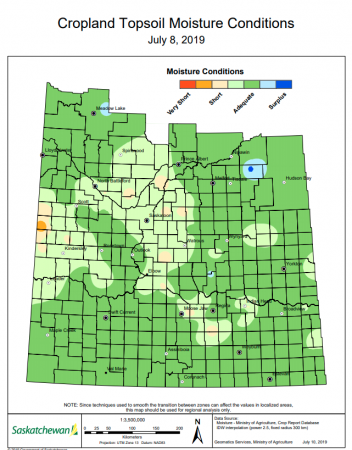 Additional rainfall has alleviated concerns of dry conditions but more is needed for crop progress. Photo courtesy of Saskatchewan Agriculture.