In the early years of fertilizer usage within western Canada, the recommendation that P fertilizer must always be applied directly within the seedrow took on an air of unquestionable dogmatism. Within this environment, suggesting that P could be band applied with N as much as six inches away from the seedrow,was considered to be agronomically sacrilegious. However, the introduction of the fertilizer banding technologies aroused the interest of Westco researchers and growers for dual banding both N and P prior to seeding.

Westco agronomists first to evaluate N and P banding option
During the 1970s, access to banding equipment enabled Westco agronomists to begin evaluating some of these potential options. Westco research conducted using radioactively labelled P fertilizers provided indisputable evidence that the recovery of P fertilizer from dual N and P bands could in fact match and, in some cases, exceed the degree of P recovery that had been achieved from seedrow applications. 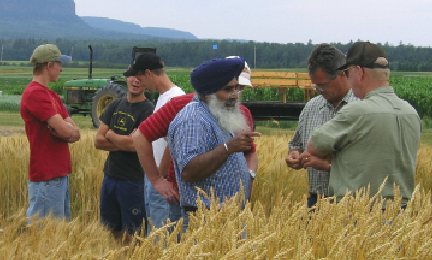 Long-term trial established by Westco
The first long-term trial designed to assess different N and P placement options was established at the University of Alberta Research Farm located at Ellerslie in 1981, where it was maintained for 20 years.

However, information collected from a second such trial established in 1990, also for evaluating the response to dual banded N and P, is the subject of this column. This trial was maintained for a total of 12 years. The final barley crop was grown in 2001.

Karamanos summarizes results
Recently, the results collected in this second long-term research study were summarized by Westco’s agronomist, Dr. Rigas Karamanos. This study assessed the differences in barley response to fertilizer P using either a seedrow application or a dual N and P band placement. In addition, a treatment was included in which the application of P was equally split between the seedrow and the band. Only 11 barley crops were grown as the site was seeded to canola in 1995 and that data are not included in these summaries.

May weather impacts P placement benefit
Karamanos also assessed the results based on the type of weather conditions that were experienced at the Ellerslie location during the early growing season (i.e. month of May). He reported the best response to the method of P fertilization on an annual basis was strongly influenced by temperature conditions following seeding, with seedrow applied P performing better in cool springs. 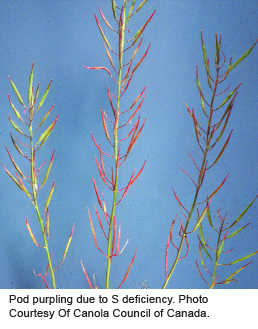 Assessment of temperature and moisture after seeding
The influence of both May temperature (i.e. warmer or colder than normal) and May moisture (i.e. wetter or drier than normal) on yields achieved by each of the three P placement options are summarized in Table 1. While these yields were not always statistically different, the trends observed are very informative. The yield data represent the average for the category and the number of seasons that fell into the various groupings are listed on the table. These results are based on the average of two banding depths used in this trial.

Seedrow P seldom achieves top yields
On an individual year basis, seedrow P achieved the top yields in only three out of the 11 years. When the data were averaged based on the weather conditions following seeding, seedrow P was never the top performer in any of the four groupings. In fact, dual N and P banding came out as the top yielding P placement option in three of the four categories. The split P option achieved the highest yields when the weather following seeding was wetter and colder than normal. It was also in this category that dual N and P option was the poorest performer. Field experiences have confirmed that in wet, cold spring conditions, application of fertilizer P in the seedrow will outperform band placement of P fertilizer. Obviously, split applications of P can be very effective in these situations. 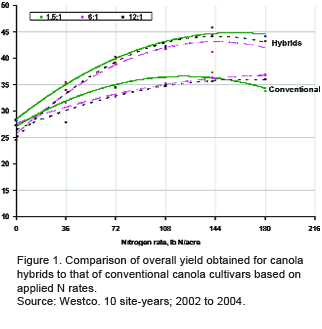 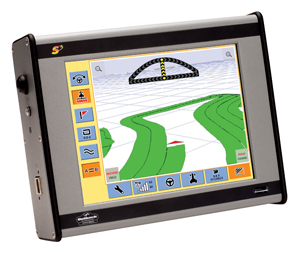 Influence of residual P from past applications
As discussed in previous columns (see February 2003, November 2004 and February 2007 archived at the Top Crop Manager web site), the cumulative, residual impact of many previous fertilizer P applications is changing the relative performance of the P placement options that are available to prairie growers. Westco agronomists have been suggesting for many years that the relative differences between the existing P options have gradually been declining (see Figure 1).

Similar observations in the US wheat area
The significant advantage that seedrow applied P enjoyed during the early years of fertilizer usage within western Canada has over a period of 30 to 40 years gradually been eroded to a position where, at least in some fields, it may no longer be the top performer. As can be seen in the following quote, similar trends have been observed inthe US.

The authors also reported that in North Dakota similar declines in differences between deep band and seed-placed P on soils testing high in available P.