Don’t be surprised if in the near future you see quinoa growing in a region near you. Steady progress is being made in the quest to create a viable Canadian quinoa market, thanks in large part to the Pure Ontario Quinoa project, led by “superfood” development firm Katan Kitchens.

“We currently have over 200 acres planted in Ontario,” says president and CEO, Jamie Draves. “While we’re focused on establishing quinoa in this province, we also have a few small test plots in the Maritimes, and are working to expand to parts of Western Canada. We are also starting test plots in Manitoba and Saskatchewan this year.” Draves says they have had interest from over 150 farmers across Ontario and other parts of Canada.

Katan Kitchens is mostly planting their own variety called Quinta R, developed through natural breeding for Canadian growing conditions over the past three years. The company is also exploring other varieties but has found Quinta R to be best suited to the climate, and to produce consistently even and high-yielding harvests.

In addition to aiming for a high-yield crop, Draves and his research and breeding partners have been breeding for other traits. Ideally, they want to produce a plant three to five feet tall, with a single seed head and the ability to form a thick leaf canopy to out-compete weeds. “Time to maturity is also important in order for quinoa to fit into a farmer’s crop rotation,” Draves explains. “And what is also very much key to our varieties is a superior nutritional profile compared to what is currently on the market. We are aiming to produce a locally-grown ‘super of the superfoods.’ Our engagement with industry and academic partners is continuing in order to improve our seed variety, develop our brand – called Quinta Quinoa – and bring this Ontario-bred quinoa to market.”

Quinoa is a complete plant protein and is continuing to gain popularity as a vegan protein source, Draves adds. “The demand for quinoa in North America and worldwide is very high, but there continues to be concerns about the quality and consistency of product being imported from South America,” he says. “Most of the farmers we’ve spoken to and those we are working with are excited about the challenges of trying a new crop to help diversify their fields and offer a new avenue of profits for a growing market.”

What growers should know
The size of quinoa seed is similar to clover or alfalfa. The crop is planted in mid-May to early June and is usually harvested in September. The plant grows a single seed head that can be harvested using traditional combine equipment.

Draves notes that as with any new crop, things like weed and disease control are still being worked on. “We have been involved with a large number of government-funded trials with industry and academic partners over the past four years in order to explore the best agronomic practices for commercially producing quinoa in Ontario,” he says. “Funding provided by NSERC [the National Sciences and Engineering Research Council], the Ontario Centers of Excellence, Agriculture and Agri-Food Canada and OMAFRA, among many others, has allowed us to partner with many experienced researchers and consultants in order to execute research trials and develop commercialization plans.”

Through these projects, Draves says he and his partners have been able to fine-tune field prep, seeding and harvesting methods to a point where commercially-ready yields (enough seed for farmers to plant for commercial production) and quality has been achieved. However, this information is proprietary. The company works with producers through a “seed agreement” in which all the quinoa seed is owned by Katan and can only be sold back to them. The agreement also includes confidentiality around sharing of the research and development the company has invested in over the past four years.

Interested producers are sent a general questionnaire to be completed in order for the company to assess a partnership fit based on location, land availability, soil type and equipment capabilities, among other requirements. As a baseline, Katan looks for producers with well-drained soils, as quinoa is a drought-tolerant plant. The company prefers to trial one to 50 acres with producers in their first year, then scale up production after an individual assessment of the best practices for each producer’s land is conducted.

Processing planned
Part of developing the brand and bringing it to market is ensuring end-product quality is superior to any product currently available in the market.

To that end, Katan Kitchens is working hard to establish a processing facility in northern Ontario, in the Cochrane region.

The facility will be equipped to process Quinta Quinoa, as well as other gluten-free cereal crops such as oats, canola, buckwheat and peas. Quinta Quinoa will be handled via a highly controlled, verifiable traceability and identity preservation system, from seed production through harvesting, storage, cleaning, packaging and distribution.

“We have local, national and international customers who are ready to purchase high-quality Ontario quinoa and other superfood products once they are available,” Draves states. “We hope to expand to other superfoods in the near future. Identity preservation and traceability is very important to marketing Quinta Quinoa as it allows us complete transparency with our customers and validation of the pure, high-quality product throughout the entire value chain from production to retail shelves.”

Draves notes there are both benefits and opportunities in northern Ontario, but there are also unique challenges, including the lack of infrastructure and potential political barriers. “To date, the government has been unwilling to provide the support to address the challenges to building a successful facility in northern Ontario, despite incredible support from the local communities, agricultural associations and industry partners,” he reports. “But we continue to strive towards this goal and the opportunity to expand superfood production and food processing in the north. And right now, we are securing other avenues in southern Ontario and Quebec to process our Ontario quinoa to bring to market this fall.” 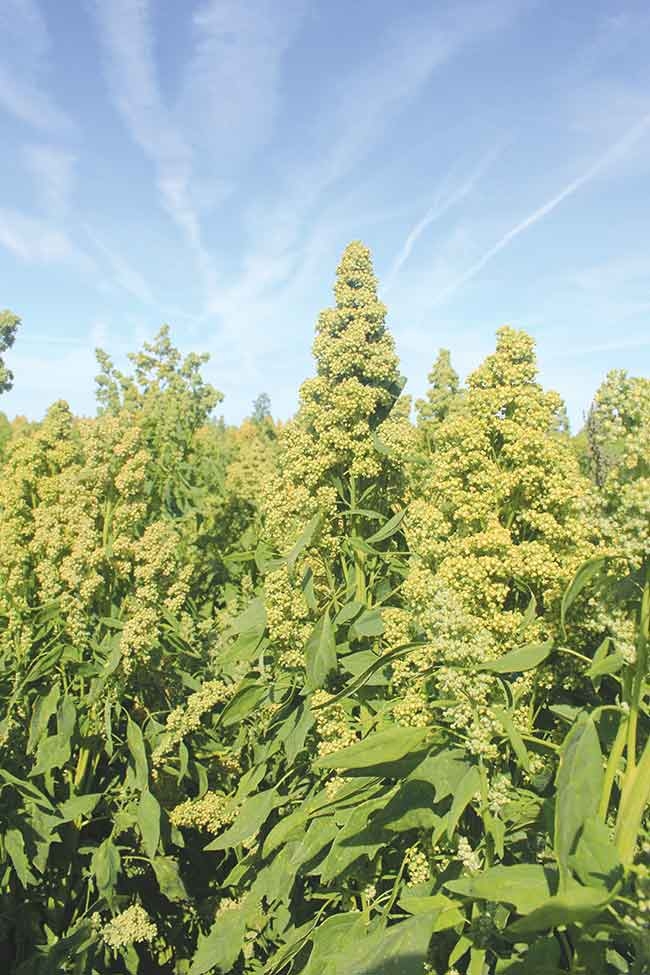