Growers can use it, not fight it. 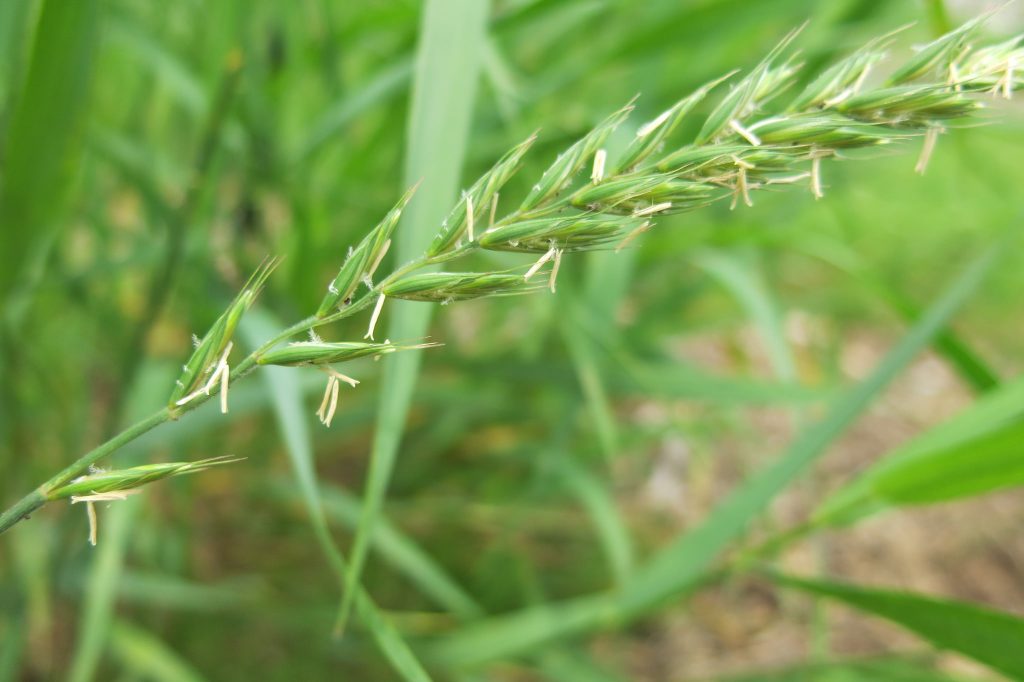 Each year, growers spend countless millions to eradicate a host of weeds from their fields. Yet according to at least one researcher in Ohio, when it comes to quackgrass as a forage, livestock producers might be better to welcome it instead of fighting it.

Dr. David Barker, an associate professor and research grassland ecologist with the Department of Horticulture and Crop Science at the Ohio State University, recently completed a three year study on the issue. He and graduate student Traci Bultemeier found evidence that producers can benefit from this particular perennial. “I have to give the credit to Traci, because she came up with the question: Is it a weed or not?” says Barker, noting the overall approach fit well into his own research goals that centre on bio-diversity. “She put together the research that we could then accommodate within our bio-diversity agenda.”

Although some people, including Bultemeier, have come out saying they are not advocating that producers plant or encourage the growth of quackgrass, Barker asks, ‘Why not?’ “There has been one farmer in Ohio who said he didn’t care about our recommendation not to plant it, he wanted to plant some just to try it out,” he explains. “We did plant quackgrass as part of the research treatments because we wanted to have the experimental control of different proportions.”

Findings were above average
In the three year course of the project, Barker and Bultemeier found that quackgrass supplements other forage species, add considerable bio-mass to legumes like clover, more so than when planted with other grasses. They determined the vertical leaf orientation of quackgrass was compatible with the horizontal leaf orientation of white clover. Since they are not in competition, the quackgrass actually enhances the clover crop. There are a number of references in scientific journals that show the high quality of quackgrass, especially reporting protein and digestibility values that were above average. “It’s in the same quality as bromegrass, perennial rye grass or timothy,” says Barker.

“Our difficulty in recommending quackgrass arises from not knowing where the propagation of quackgrass stood in legal terms,” says Barker. “It’s a noxious weed in some states but not in Ohio, so we felt uncomfortable about publicly recommending its planting. It is considered detrimental to crop land, so our recommendations apply only to permanent pastures.”

Results published in the spring of 2005 in the journal Crop Science indicated a 23 percent yield increase with a quackgrass and white clover mix, compared to the two crops being grown alone. There was also a 43 to 58 per cent increase in yield with six week cuttings as opposed to two week cuttings.

Ontario perspective not much different
To Joel Bagg, Barker’s results come as little surprise. He readily acknowledges quackgrass is widely adapted and a persistent, winter-hardy species that can tolerate low pH soils and poor fertility. Since it reproduces by seed and by rhizome, it can be difficult to control, especially without competition from other species. “It’s still difficult to control in pastures,” says Bagg, forage specialist with the Ontario Ministry of Agriculture, Food and Rural Affairs in Lindsay. “So we learn to deal with it rather than start over by re-establishment.”

Often times, quackgrass can appear as other grass species die-out and, while producers prefer grasses like orchard grass, meadow or smooth bromegrass or reed canarygrass, most agree that quackgrass is better than nothing at all. After all, it typically costs nothing to establish.

From a feed perspective, Bagg recommends producers take the same amount of care in managing the maturity of the pasture. “It’s similar in many ways to the other common cool-season grass species, but it’s lower yielding,” says Bagg, noting that like most grasses, quackgrass is sensitive to overgrazing and performs better in rotational grazing. “It’s palatable in its vegetative stages, but the quality drops very rapidly at heading when a stem is formed.”

Bagg concedes that Barker’s research confirms what he would expect, based on what is known about other grass species. “Namely that rotational grazing out-yields continuous grazing, and that legume-grass mixtures are better than straight grass pastures since legumes fix nitrogen,” says Bagg. “Like most grass species, quackgrass responds well to nitrogen, and therefore performs better when grown with a legume.”