May 20, 2014, Picture Butte, AB - Väderstad / Seed Hawk recently demoed a Väderstad Tempo 8 high-speed corn planter on a farm in southern Alberta. The Tempo 8 did four passes, at speeds of five, seven, eight and 10 miles per hour.

According to Gustav Nilsson, market developer Canada/Seed Hawk with Väderstad, most corn planters go at five miles per hour. The demo, he says, was to show the accuracy of the Tempo's seed placement at higher speeds.

"We are proving we can double the speed with equal or better accuracy," he says.

The companies will host a field tour of the demo plot in southern Alberta sometime in August. 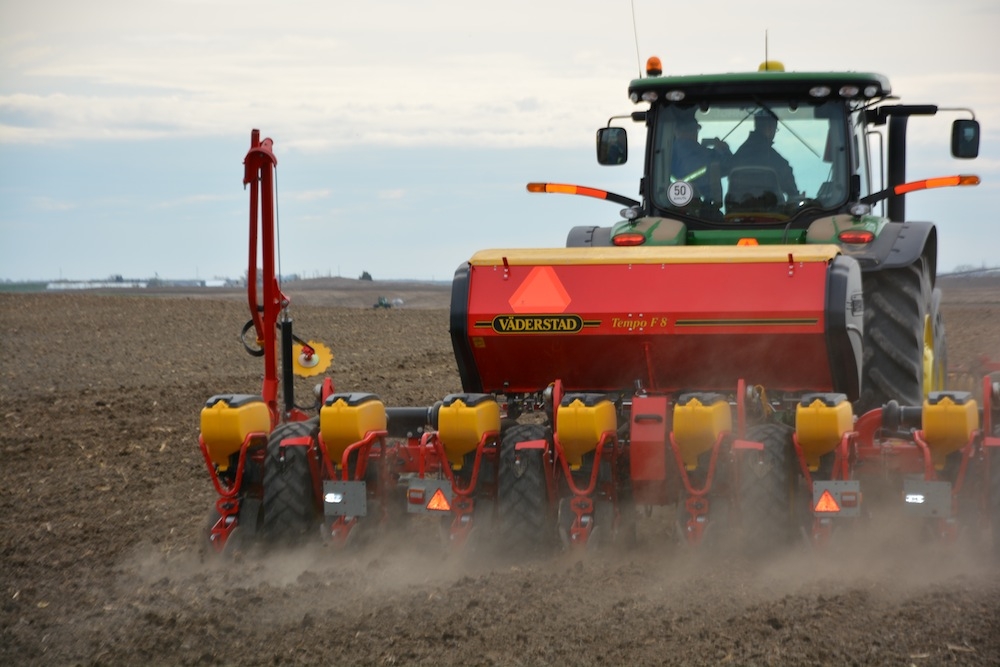