Pulse crops in rotation provide a range of ongoing benefits to subsequent crops, such as reducing fertilizer costs, providing a break in pest cycles and increasing yield. Estimating the nitrogen (N) benefits or credits to the system can be challenging, and researchers continue to improve methods that provide a more accurate assessment of N and carbon (C) in cropping systems.

Researchers in Saskatchewan initiated a four-year field-scale project in 2014, based on the success of an earlier greenhouse project, to compare several pulses in rotation and their N contributions to the cropping system. This study, led by Richard Farrell and Diane Knight at the University of Saskatchewan and in collaboration with Reynald Lemke from Agriculture and Agri-Food Canada, includes side-by-side comparisons of lentil, field pea, chickpea and fababean in rotation with wheat. Researchers are using a stable isotope method to label N and C in the pulse crops to track their movements in the plant and into the soil.

“Our goal is to be able to provide a better picture of the overall N balance in the cropping system, including above and belowground N (BGN), and a refined estimate of biological N2fixation,” Lemke explains. “The use of N-labelling allows us to track the disposition of N both in the above and belowground parts of the crops, and ultimately determine how much N is fixed and possibly left for subsequent crops. This will help us answer the question of how much additional N the pulse crop contributed, how much ended up in the following wheat crop and helps improve the accuracy of estimating the N credit.”

Four pulse crops, including lentil, field pea, chickpea and fababean, plus a wheat control plot, were planted in the first cycle in 2014 in replicated field plots near Saskatoon. The N and C were labelled in each crop, as well as the N fertilizer applied to the wheat control in year one. In year two, wheat was seeded across all of the plots, and a modest level of unlabelled N fertilizer was applied.

“The labelling helps us track the sources of N into the following wheat crop, which is important not only for estimating the N benefit and any N credits returned to the cropping system and where those benefits came from, but also estimating how much is from fertilizer,” Lemke says. “The approach allows us to clearly distinguish the amount of N in the wheat that originated from aboveground residues, belowground residues and N fertilizer separately. As well, the approach allows us to determine how much of the C that was contributed by the pulse crop persists in the soil after the subsequent wheat crop is harvested.”

The results from the first two years of the field study are preliminary and researchers are still analyzing the data collected after the 2015 harvest. There are plans to continue the study for an additional two years. “From the first year preliminary results, the findings are so far consistent with what other long-term studies have shown and the earlier greenhouse study, where BGN contributions are higher than previously accounted for,” Lemke says. “All of the pulses fixed a fairly high percentage of N, which means they should be leaving behind a reasonable amount of N for the next crop. Although fababean has always been promoted as a higher fixer of N, the preliminary results show the differences between all of the pulses was not that great, they all did very well, with fababean only slightly better. Generally, any of the pulses are proving to be a good option in rotation.”

Fine-tuning N management, footprinting calculations
Providing a more accurate assessment of belowground N and C will help growers improve N utilization and fine-tune overall N management in their cropping systems. “By having a better understanding of how much N is available to the next crop, how much is used by the crop and where any remaining N ends up, whether stabilized in the soil organic matter or lost to the system, is important,” Lemke says. “For growers, by doing the best job of N management they can, helps improve their economics, reduce fertilizer inputs and potential losses (e.g. nitrous oxide N2O) and can improve long-term sustainability of their cropping systems. This also loops back to the marketplace, where greenhouse gas (GHG) emissions and footprinting negotiations are very real.”

Lemke expects that results from their research will also be an important contribution for fine-tuning national GHG inventories, such as amounts of N2 fixed by different crops, amounts of C sequestered by cropping systems, as well as N2O losses and the percentage of those losses that come from N fertilizers or from the N in crop residues. “For growers, estimating N2O losses is generally a good indicator of efficiency of N utilization and management in their cropping system. N2O is a very powerful GHG, so reducing losses not only improves the GHG footprint of cropping systems, but also benefits growers directly by improving their economics.”

Overall, pulses are providing a broader benefit to the whole system by not requiring N fertilizer inputs in the year they are grown plus the N credit they provide to the subsequent crops that reduces the amount of N fertilizer required, improving the overall cropping system GHG footprint. Pulse crops are providing benefits in rotation by restraining emissions and improving the CO2 footprinting, whether calculated on a direct emission or intensity basis (number of units of a crop grown per unit of GHG emitted). Research is underway to compare crop sequencing and overall rotation benefits.

“We expect to have preliminary project results available early in 2016, and plan to extend the project for two more years, which will help us quantify the measures much better,” Lemke says. “Growers will be able to improve their overall N utilization and maximize the benefits of pulses in rotation, at the same time as having improved estimates for future footprinting activities. Pulses in rotation are proving to be an important rotation management component of the whole cropping system, with economic and footprinting benefits, as well as other rotational benefits for breaking disease, weed and insect pest cycles.” 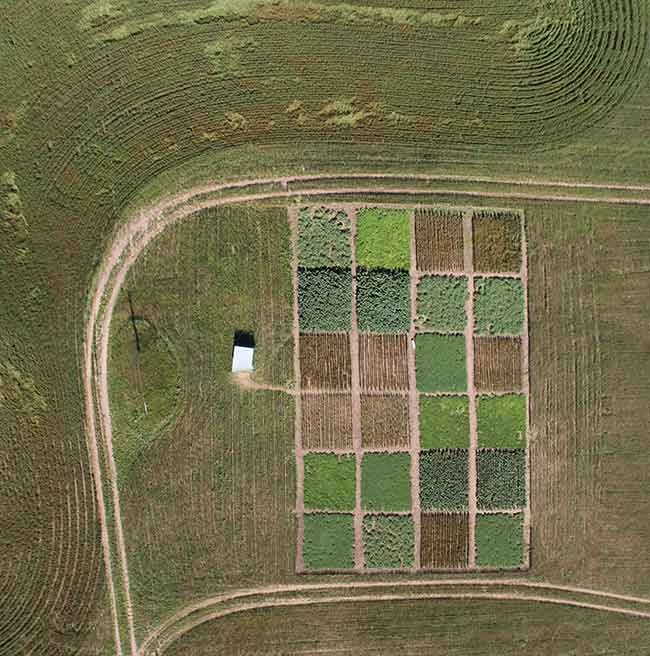