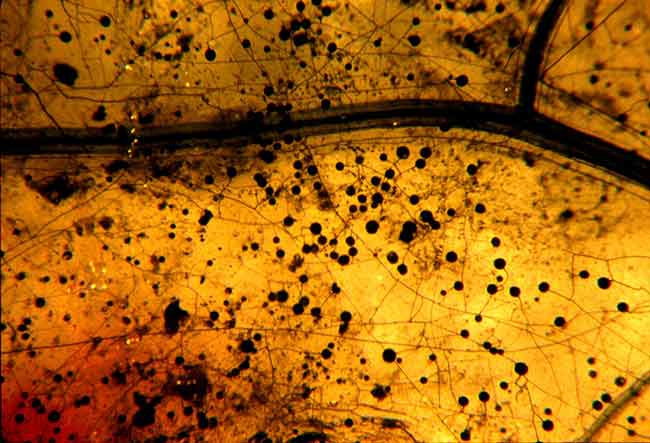 In Western Canada, researchers with Agriculture and Agri-Food Canada have advanced the identity and understanding of the large diverse soil microbial communities in soils over the past few years. “When we first initiated a soil biology project in 2007 in Swift Current, [Saskatchewan], there were few methods or tools for easily identifying soil microorganisms and it was very time consuming and expensive,” explains Chantal Hamel, research scientist. “However, new genetic sequencing methods were developed, computer power has gone up and the price has reduced significantly, so we now have nice tools and a large collective databank to work with. This has been a collaborative effort across many disciplines and institutions, however the diversity in the soil system is high and it is still not an easy or fast process.”

This large diverse soil microbial community in Prairie soils includes arbuscular mycorrhizal (AM) fungi and non-AM fungi, bacteria and other tiny microbes such as archaea. AM fungi generally promote the growth of most plant species by mobilizing soil minerals, in particular soil phosphorus (P) and other nutrients like copper and zinc that are not very mobile in the soil. The AM fungi form a dense network connected inside and outside of plant roots that can rapidly transport soil nutrients into the plants. AM fungi also are known to protect plants against abiotic stress (heat, drought, cold, salinity) and soil-borne pathogens such as Fusarium and pythium species.

“We are continuing our research with wheat and more recently with canola to try to understand the microbial diversity and interactions, and develop strategies to manipulate the beneficial interactions with crops,” Hamel says. “Our various research projects have confirmed a strong association between wheat and mycorrhizal fungi, but the diversity is huge. We are trying to understand how to manage this diversity, which is very much affected by climate. We recently started a new wheat breeding project to see if the association with beneficial soil microbes can be increased. Diseases are also a priority, for example, Fusarium is one of the main organisms we find almost everywhere and in large amounts in roots, however plants aren’t sick all of the time. We want to better understand why and how that might help reduce disease incidence.”

Canola is more challenging; researchers know canola doesn’t form mycorrhizal associations like wheat does. Hamel adds, “We are trying to determine what microorganisms are associated with canola roots in the soil, both beneficial and detrimental, in different areas and with different types of canola. We have three sites in Alberta and Saskatchewan with different soil types. The results so far show that bacteria are very much associated with canola and don’t vary much by location, fungi do vary by location and archaea are location dependent. We have also discovered that canola produces antimicrobial compounds in the roots and leaves and are trying to find associations that may help address root diseases in canola.”

Researchers are also looking at the potential benefits of using AM inoculant products with pulses, both in conventional and organic cropping systems, in Swift Current and Beaverlodge, Alta. Effects of AM inoculation are sometimes reported, however there are only a few independent inoculation trials in Canada. Researchers are also trying to determine if inoculant products compete with resident AM fungi, and if fertilizer rates can potentially be reduced in inoculated crops. Unfortunately the growing conditions in 2015 were extremely dry in Swift Current and too wet in Beaverlodge. Hamel is hoping that the trials repeated in 2016 will provide better results. Preliminary results show AM inoculants can compete with resident AM fungi, but placement may be important. As well, prior occupation by an AM fungus limits further infection by other AM fungi and by pathogens, which may help reduce diseases.

“One of the most important management strategies for promoting and protecting beneficial fungal diversity is using diverse crop rotations,” Hamel explains. “As well, fertilization can sometimes have a negative impact on microorganisms. High N and P fertilization for several years causes loss of AM fungal diversity and selects for communities of lazy AM fungi.” A well-balanced fertilizer program based on soil tests is important; too much fertilizer is not economical and can reduce microbial quality of the soil, but under fertilizing can reduce yields. Good agronomics and well-planned use of crop rotations, fertilizers and pesticides can reduce the impact on beneficial native microbial communities.

“We are continuing to advance our understanding of the soil microbial diversity in the Prairies and with our new tools we can more quickly identify who is there and what the interaction is between good and bad microbes,” Hamel adds. “We can refer to the DNA and RNA databanks without looking at the microbes themselves to identify organisms with similar DNA. That allows us to infer the genetic placement within the DNA sequence, providing insights into gene relatedness and function. In the future, we will be able to identify beneficial microbes and their relationship and function for different crops, diseases and crop performances.”

The project, initiated in 2010, included two studies: a two-year crop rotation experiment comparing a pulse-wheat rotation with continuous wheat and a four-year rotation study comparing soil microbial diversity and previous crop impact on crop yields. “One of the objectives was to provide information on the effect of pulses on the biodiversity of soil fungi associated with the main pulses including field pea, lentil, and chickpea and their influence on wheat-based cropping systems in Western Canada,” explains Adriana Navarro Borrell, currently an instructor at Lethbridge College. “We also wanted to determine the optimum four-year rotation for wheat by comparing the impact of eight different crop rotations on root-associated microbial communities and on wheat productivity in the last year of the rotations.” Navarro Borrell completed the project and her PhD in 2015 with supervisor Hamel.

The results confirmed what researchers expected: growing a pulse crop before wheat improved wheat yield and productivity more than continuous wheat. “When comparing the different combinations of field pea, lentil and chickpea with wheat in rotation over four years, alternating pulses with wheat improved wheat performance, including higher plant density, more seed biomass and increased yield,” Navarro Borrell says. “However, there were some differences in the pulse rotations, with pea or lentil before wheat having the highest yields, while chickpea in rotation contributed little to wheat performance. Continuous wheat had the lowest yields of all rotations.”

Wheat performance also benefited from an abundant and diversified microbial community. Navarro Borrell found the community composition of AM and non-AM fungal communities in the roots of wheat were largely influenced by host plant identity and environmental conditions, but not affected by previous crops.  “The results also suggested there is an interaction between the beneficial AM fungi and pathogenic fungi such as Fusarium, with less pathogens found in wheat roots when there were more beneficial AM fungi in the soil. Although not conclusive, it supports the scientific evidence of possible antagonistic interaction between AM fungi and other pathogenic species such as Fusarium and opens new questions such as what could be the mechanisms involved in such interaction.”

For growers, diverse crop rotations can improve crop productivity and yield stability, as well as promote beneficial microbial associations. “The frequency and sequence of crops in rotation strongly influences productivity, with alternating lentil or pea and wheat contributing to better wheat performance and higher yields, as well as increasing N and water availability in the soil,” Navarro Borrell says. “Ways to enhance diversity and improve beneficial microbial relationships with crops in the field include proper fertilization based on soil tests and well-managed pesticide applications.”