A new project will be filling some information gaps on problem fungi so Prairie oat growers and processors can continue to produce safe, healthy products. The project is targeting Fusarium and Penicillium fungi. Under certain conditions, these fungi can infect cereal grains and other products and may produce toxins, referred to as “mycotoxins.” And those mycotoxins can cause food and feed-safety issues.

The Canadian Grain Commission’s Dr. Sheryl Tittlemier, who is the lead researcher for the project, explains that Fusarium infections start in the field. Warm, moist conditions during flowering favour development of Fusarium head blight (FHB). Along with the potential for producing mycotoxins, FHB reduces grain yield, grade and quality.

In Canada, Penicillium verrucosum is the fungal species of concern in the production of a mycotoxin called ochratoxin A (OTA). Infection by this fungus and production of OTA occur during grain storage if temperature and moisture levels are too high. Affected kernels cannot be detected by the human eye or optical scanners.

According to Tittlemier, it is not yet clear whether Fusarium and Penicillium fungi might be less or more of a concern in oats than in other cereals. And it’s also not clear whether the occurrence of these fungi on the Prairies might be increasing or decreasing over time.

“We see variations from year to year, which is not surprising because there are a lot of factors involved in the infection and mycotoxin production. But when we look at our long-term monitoring data, it’s really hard to discern whether there is an overall trend,” notes Tittlemier, who is a research scientist and the program manager for trace organic and trace element analysis at the Grain Research Laboratory of the Canadian Grain Commission (CGC).

She thinks the reason these fungi are becoming more of a concern could be because of the increased regulatory activities regarding their mycotoxins. “Health Canada in recent years has proposed guidelines for ochratoxin A in cereals including oats. And internationally, with the Codex Alimentarius [a collection of international food standards, guidelines and codes of practice], there is discussion about establishing new tolerances for DON in various cereals. So I think this is bringing these two mycotoxins into people’s minds.”

The importance of this issue to the whole oat industry is shown by the diverse participants in the project. Tittlemier says, “The project is bringing together the Prairie Oat Growers Association with their support, the support of the Saskatchewan Ministry of Agriculture, the elevators and the mills that are providing us with samples, and the Canadian Grain Commission. And within the CGC, there’s my research group, the microbiology research group, and the milling research group, and inspectors are helping us with obtaining samples and the logistics of the samples. I think it’s going to benefit the project that we have all these players coming in from different aspects of the oat industry.”

The Prairie Oat Growers Association (POGA) is administering the three-year project, as well as co-funding the project with the Saskatchewan Ministry of Agriculture’s Agriculture Development Fund.

“This project is an important step in ensuring that Canadian oat producers can continue to provide safe and healthy products that are trusted around the world,” says Shelanne Wiles Longley, POGA’s interim executive director.

“We’re starting to see increasingly rigorous testing of oats and oat products, especially in Europe. So it’s really important, more so now than ever, to be proactive in this area,” notes Longley. “For example there is a proposed trade agreement between the European Union and Canada, and that market is likely going to require testing for mycotoxins in oats and other products.”

She adds, “If ever a problem arose with mycotoxins, it could drastically limit the export market and the uses of oats, which could then have drastic effects on oat producers.”

Studying fungal occurrence and fate
“This project is going to fill some knowledge gaps, giving us a better handle on what is the current situation about where we find the fungi, where we find the mycotoxins, and what happens to them when we process the oats,” says Tittlemier.

To carry out the first part, the researchers will receive oat samples from elevators across the Prairies in the summers of 2014, 2015 and 2016. In addition, they’ll be getting weekly samples over the three years from elevators that consistently handle oats throughout the year and from a mill that takes deliveries throughout the year. The researchers will analyze these samples to see if there are differences from region to region, from summer to summer, and/or from week to week within the year.

“Knowing the [disease occurrence] situation and providing that information to oat growers and grain handlers can help them to be proactive to prevent problems. For instance, if certain regions have more disease pressure, then they may have to take extra management steps, perhaps through agronomic practices, or maybe the grain elevators need to be more aware of proper testing to make sure they’re not running into issues with high levels of mycotoxins in deliveries,” explains Tittlemier.

For the other part of the project, the researchers will assess the effects on the levels of the fungi and their mycotoxins of sample processing methods for testing and of commercial processing techniques.

“We’ll work with the milling group at the Grain Research Laboratory and look at how processing of oats – whether it is for sample preparation or commercial processing with dehulling, steaming, kilning and so on – might affect the fungi and mycotoxins in the various product streams,” says Tittlemier.

The researchers are already working on sample testing procedures. She notes, “In our labs we’re using validated testing methods, so we’re confident with the tools we have. But there are challenges with oats. For example, oats have a higher fat content than other cereal grains, so a test that you use for wheat may not work for oats in the same way.”

Another testing challenge, especially for Penicillium and ochratoxin A, is how to obtain representative samples. That’s because the contamination tends to occur in only a small pocket within the grain mass. Tittlemier explains, “You need to ensure the sample that you’re testing in the lab is representative of the bin or the truckload or the railcar or what have you. So you have to do the sampling properly to make sure you’re not missing that little pocket of contamination.”

Processes like dehulling, steaming, kilning and milling could affect the presence of the fungi and their mycotoxins,
depending on where on the seed the problem occurs. Tittlemier says, “We know for wheat that some mycotoxins occur on the outer seed coatings. And from some preliminary tests we know that if you dehull oats, the mycotoxin concentrations can be greatly reduced. However, some other mycotoxins with different chemistries might actually make their way into the kernel.”

Information from this part of the project could help testing facilities ensure accurate, precise results. It could also help oat processors to have a better understanding of the effects of different processing methods. And it could help food safety regulators, too. Tittlemier explains, “Whether it’s Health Canada or international groups, when they go to set maximum limits or guidelines for oats, they can take into account these steps that could reduce exposures, so they can set relevant limits.” 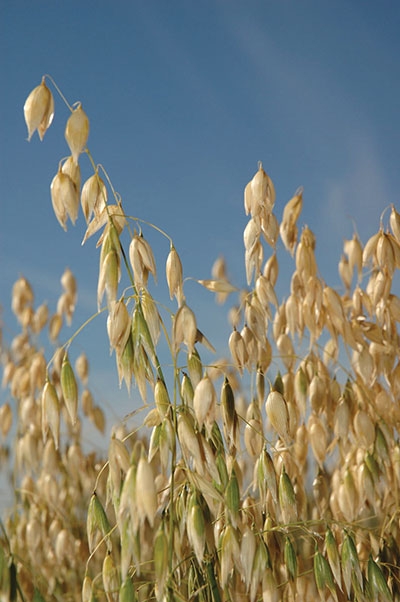