Mar. 27, 2013, Urbana, IL - In the United States, only species listed on state or federal noxious weed lists are regulated, and those lists are often biased toward species that affect agricultural crops. Conversely, invasive plant council lists include species that affect natural landscapes but have no regulatory clout. After comparing the lists and how they are created, researchers at the University of Illinois's Energy Biosciences Institute have developed some suggestions on how to improve the regulation of all invasive plant species, including new biofuels plants.

"We're hoping to reform the way that the lists are developed," said U of I invasive plant ecologist Lauren Quinn. "State Departments of Agriculture usually put those lists together. We'd like to see greater representation from other stakeholders, such as Departments of Natural Resources or Transportation, which deal with invasive species in rights-of-way. We'd also like a council of invasive species experts to advise the groups that are creating the lists so that the process is science based," she said.

Quinn said that a more transparent listing process would be based on a scientific process developed by the USDA known as the weed risk assessment. "The process is a way of looking at the potential invasiveness of a new species," she said. "That potential is largely based on whether they're invasive elsewhere. It was originally developed in Australia where they have a very rigorous quarantine system. The process has recently been modified and updated by the USDA, and we are recommending that regulatory lists be reformed using the new system," Quinn said.

Using the system, the invasive species council in each state would assess the plants that are currently on the list and any plants that are petitioned to be on the list and rank them according to their potential invasiveness. "High-risk species would be regulated on a new noxious list, but low-risk species would not be regulated," Quinn said. "Species for which insufficient data is available for the assessment would be placed on a 'caution' list that would demand further investigation prior to release."

Quinn's job at the University of Illinois's Energy Biosciences Institute has been to investigate the potential for invasiveness in new non-native crops that are being developed for biofuels. "I've been looking at how they are likely to disperse in the environment and whether they are able to establish in areas outside of cultivation," she said.

Will the team's recommendations threaten the development of new biofuels crops? Endres said no, that the recommendations offer protection for the industry rather than punishment.

"The biggest threat to the biofuels industry is unsubstantiated accusations whether they relate to greenhouse gas savings or individuals claiming that new biomass varieties will all be invasive species," Endres said. "And to the extent that the industry has a solid regulation that governs it, it creates certainty within the industry, which then allows them to invest the billions of dollars it's going to take to do this.

"But when you have regulatory uncertainty, with 50 states each doing their own thing, those are barriers to the expansion of the industry," Endres said. "The big developers, who are responsible players in the industry, would be in favor of this regulation as long as it's science based and legitimate. They don't want individuals to be able to go to their local weed commissioner and complain 'my neighbor is going to plant Miscanthus and I heard on the Internet somewhere that it's invasive,' and it gets added to the state's noxious weed list. That's not a good way to do business and to develop a new industrial model."

Endres said that developers also do not want to spend a lot of money to commercialize a biofuels plant that's going to cause trouble later on—they want to do that analysis beforehand and decide which plants to invest more money into.

Quinn said, "We want to encourage developers to commercialize only those species that will carry a low risk of invasion. During their research and development phase, they would petition the invasive species council to do the weed risk assessment on the plant that they're proposing. If it's not high risk, then they can do field trials to rule out invasiveness. This due diligence not only protects the environment but also protects developers from potential losses due to findings of negligence down the road. Our plan gives them an opportunity to develop something safe early in the process," she said.

Quinn said that biofuels crops such as Miscanthus would be subject to the list. The current cultivars that are being sold for production are sterile, but new hybrids that are being developed are fertile, so Quinn said there could be the potential for confusion.

"We want to shift developers' incentives to make sure that they're doing an assessment of the invasiveness before they go too far down the development stage and we have another kudzu on our hands," Endres said.

Quinn, who is a postdoctoral research associate at the Energy Biosciences Institute at the University of Illinois, conducted the research along with James McCubbins and A. Bryan Endres, both U of I attorneys who specialize in agricultural law, and Jacob Barney, a weed scientist at Virginia Tech. 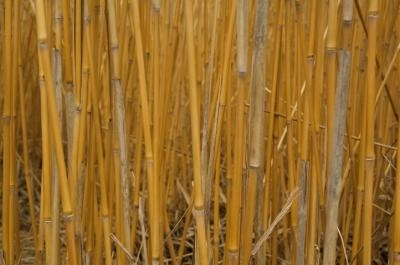