The growth of precision agriculture, with its array of new electronic devices, has given farmers some powerful tools to get more out of every acre on their farm. 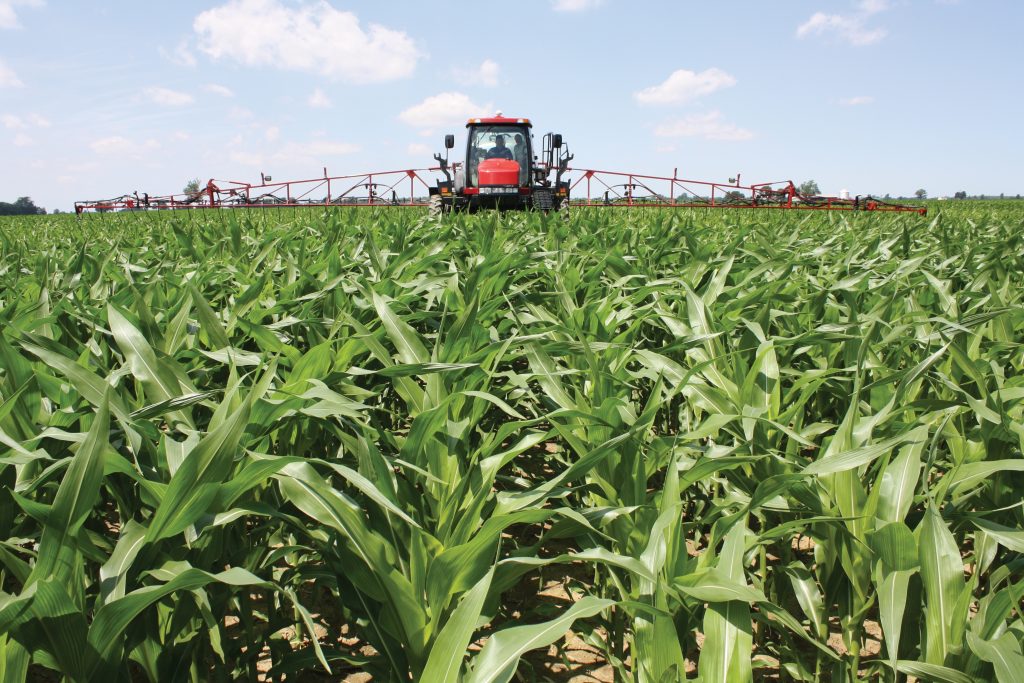 A Case sprayer The growth of precision agriculture

With big investments required, questions are being raised over how quickly these electronic guidance devices for gathering data and controlling equipment will pay off.

For Tim Norris, a 17-year veteran of precision agriculture from Ohio, crop sensors for variable rate nitrogen and individual row clutches for seeding top his list of technologies with the best payback for corn growers.

The CEO of Ag Info Tech recently shared his experiences with a Canadian audience at a precision cropping workshop near Hamilton, Ont., which was organized by the Innovative Farmers Association of Ontario.

He highlighted how a $21,500 (USD) system that uses infrared crop sensors for variable rate nitrogen applications can have a payback in one to 2.5 years: The sensors send infrared light down to the crop in real time. The healthy plants will absorb more of the light. The sensors measure the amount of light that is reflected back and assign a number. The sensors also send out a  different form of infrared light that measures the biomass of the plant. The combination of the numbers produces an NDVI (Normalized Difference Vegetation Index) reading. The system then compares this reading to an NDVI reading of corn in an N-rich strip. Using algorithms from land grant universities and guidelines set up by the operator, a nitrogen recommendation is made.

“We’re assuming that the best corn is equal to the corn in the N-rich strip and does not need any additional N, so we’re not putting it on there,” says Norris.

In on-farm tests that compared a side-dressing strategy using crop sensors with straight rate applications, the average return showed the system with the sensors had an average advantage of $49.62 per acre in 2010 and 2011.

Norris is quick to point out that these were wet springs and denitrification was present. In 2012, it was so dry that some crops did not receive rain after the nitrogen was applied for the N-rich strip. As a result, the N-rich strip appeared similar to the non-rich strip. “We had to lie to the sensors to get them to work,” Norris says.

It should be noted that a high-clearance sprayer was used for the side-dressing applications because Norris found the sensors work better after the V7 stage of corn. This strategy also gives a farmer a wider window to apply the N.

As a result, costs for using a high-clearance sprayer, if a farmer doesn’t have one, should be deducted from Norris’ numbers.

Row clutches
Individual row clutches give farmers the ability to shut off individual rows on the planter. The display will shut off the appropriate rows when the planter is in an area that has already been planted or is in a “no-apply zone,” such as a waterway.

According to Norris, individual row clutches offer several benefits, including seed savings, a yield increase in corn from not double planting and time saved by efficiently moving through the headlands.
“It speeds up the planter operation by being able to plant the headland at pretty much the normal speed,” he says.

He developed a payback calculator using data from growers to demonstrate the savings of a high-end precision ag system for planting alone. For example, on a 500-acre farm of corn, the system saved $25.33 per acre, with the biggest saving of $17.85 an acre coming from the yield increase from not double planting.

Norris was figuring a 20 per cent yield reduction in areas that would have been double planted.

The resulting savings, based on $5.00 per bushel corn, was $12,665. With that figure, the return on investment for a $31,400 system that includes display, auto steer, auto swath, a GPS accuracy upgrade, clutch control and row clutches for the planter would be 2.48 years.

Variable rate potash
When looking at precision cropping for corn, Greg Stewart, corn specialist for the Ontario Ministry of Agriculture and Food, says input controls for varying the rates of potash, nitrogen and seeds are drawing the most interest.

While farmers have adopted the idea of using yield mapping and doing soil sampling to identify areas of variability in their fields, there is some hesitation to take the data to the next level.

“Instead of applying a targeted rate of potash for every field or for every spot in a field, many producers are still broadcasting an average rate of K across much of their operation,” says Stewart.

“In some ways, we need to have the needle move first towards fields being tested and treated individually based on soil K test levels and then move to precision ag approaches for site-specific applications within management zones.”

The concept is to push the populations higher in the high-yielding areas and back off in lower-yielding areas such as sandy knolls. Van Maanen’s work involves comparing a variable rate strip to high, medium and low populations.

“Any one of those can do well, but the variable rate strip tends to be either the most profitable or a close second,” says Van Maanen of his field trials.

Van Maanen’s advice to growers is to try variable seeding in their own situations to see if it works, especially if they already have the equipment. Some have hesitated because they’re worried it won’t work or it will slow them down. But, he advises, “If you set it up right, it won’t take any more time than what you’re already doing.”

As precision ag continues to grow, people are already investing in the equipment as the new machinery is equipped with monitors and the technology to perform variable rate applications.

Van Maanen says it’s not matter of getting one item to pay, but of using several precision ag tools together to see the return. He cited crop imagery, yield maps, variable rate nutrients and variable rate seeding as examples.

“What variable rate technology allows you to do is to understand variability, point by point in a field, and then manage each of those areas specific to their properties,” he says. “To really max out your return on your precision ag investment – the equipment and technology are there – you just need to utilize it.”