Checking in on pulse crops in Western Canada. 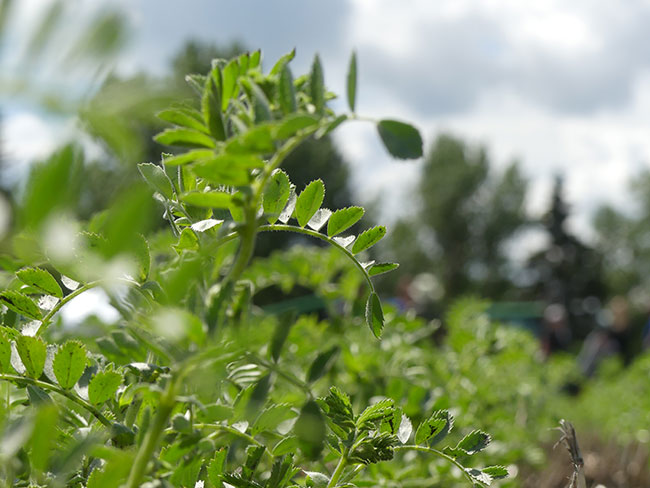 Overall, pulse crop acreages have been fairly stable over the last five years. Saskatchewan has the majority of the acreage around 6.7 to seven million acres with Alberta and Manitoba around 1.8 to two million acres each.

Lentil acreage has been pretty constant in Saskatchewan around four million acres over the last five years. Lentils exploded in Alberta in 2016 going up to 565,000 acres from 140,000 acres in 2010. Acreages in Alberta levelled off around 450,000 acres, mostly red lentils, and have a strong hold here.

Chickpea acreage is fairly stable with most of the crop grown in Saskatchewan at 250,000 acres. Alberta acreage varies between 10,000 to 60,000 acres.

Manitoba grows the bulk of the dry beans averaging around 135,000 acres over the last five years, and about 55,000 acres in Alberta.

There has been a tremendous amount of interest in soybeans over the last five years. Alberta tried to grow them reaching 25,000 acres in 2018 before we realized that they are currently not economical here. Saskatchewan keeps trying with acreage as high as 850,000 acres in 2017 but that has dropped down to 127,000 acres in 2020. Manitoba is where soybeans have taken hold and flourished with about 1.6 million acres recently.

One new crop to keep an eye on is lupin. It is a very popular crop in Australia and Europe because it is super high in protein. Some processing companies in western Canada are interested in lupin, so we are conducting research looking at agronomics. They don’t seem too difficult to grow.

For practical agronomic tips, the number one tip is to look at field selection. Start with clean fields because pulses don’t compete with weeds very well, and for some broadleaf and perennial weeds, there aren’t many herbicide options. Lentils, peas and chickpeas do well on lighter soils, and faba beans and soybean do better on heavier soils.

Seed pulses early. They have good frost tolerance and can be seeded before other crops. Although seed size is different for the pulse crops, seeding depth is fairly similar. Make sure they go into moisture.

Every pulse crop has a different inoculant, so make sure you use the proper inoculant for the crop that you are growing. A big benefit of pulse crops in nitrogen fixation, so you want to make sure you are capturing that benefit.

Ensure good stand establishment because you don’t want to start with a poor plant stand that can’t compete. Use clean seed and a fungicide seed treatment for root rots. Ensure your seeding rates are accurate. 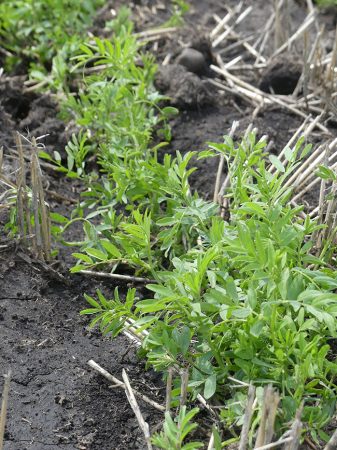 Red lentil acreage has a strong foothold in Saskatchewan and Alberta.

Rolling after seeding is important so that harvest is easier and you can catch the low hanging pods. Rolling is important for most of the pulse crops except faba bean that grows taller. But don’t roll when conditions are wet because that can encourage leaf disease.

Keep on top of weed issues – that starts with field selection. Check any recropping restrictions that might impact the crop.

When desiccating, hit the correct timing. Desiccating lentils too late can result in shattering losses. I highly recommend Reglone as a desiccant for a fast drydown. Glyphosate can be used but it isn’t a true desiccant because it has a slower drydown and is used more for perennial weed control in preharvest applications.

Scout your fields, based on what issues you’ve seen in the past. Aphanomyces root rot is likely to be a problem in pea and lentil, but it isn’t an issue in faba beans. Mycosphaerella and ascochyta leaf diseases will likely show up in field pea. Sclerotinia in lentils. Know the stages and symptoms for when to scout and what the control options are.

For foliar diseases, scout on a regular basis and use the thresholds and risk assessment tools to decide if you spray a foliar fungicide. In some years it may not pay to spray, and part of it comes down to your own risk tolerance.

Overall, it is important to know what is going on in your fields. Scout and keep on top of any developing issues. Pulse crops are a little more intensive to grow, but there are lots of resources available for pulse growers.