Prairie farmers continue to insure their crops for hail damage at near record levels. 2017 recorded one of the lightest hail claim years since 2009. Claims produced insurance payouts of $96 million on just over 8,600 claims in Western Canada. Producer premiums totaled just over $286 million for an industry loss ratio of 33.8 per cent.

Dry spring conditions, combined with 2016 unharvested acres, and some continued industry rate declines resulted in a five per cent decrease in producer paid premiums for 2017.

With the lack of moisture much of the western prairies received little in the way of convective storm activity resulting in hail losses.

Another year of contrasts and challenges emerged for producers. Dry conditions followed what looked to be a promising planting season. The dry conditions were wide spread across the western prairies. While welcomed by some after excess moisture in 2016, record and near record dry was reported through a large portion of Saskatchewan and parts of Alberta. Manitoba producers appeared to receive more timely precipitation. In spite of the dry conditions producers were presently surprised come harvest with yield and quality.

Alberta’s quiet storm activity resulted in lighter than average loss activity for the industry. The first storms were reported as early as May 13th. The dry southern Alberta crops advanced quickly with an early harvest ensuing. Areas of central and northern Alberta were still recovering from excess moisture and late seeding due to a carry-over of the 2016 harvest. This resulted in some of those areas having the current fall harvest delayed compared to their southern producers. Fall conditions allowed for nearly all crop to be harvested in 2017.

Early storms were localized to small areas. By mid-June larger more organized storms became prevalent for the summer hail season. Alberta’s most expensive storm date(s) were July 23rd costing companies over $19,000 per claim and July 27th damaging over 33,000 acres and costing in excess of $2.2 million.

Total hail payments were reported just over $25 million as compared to over $60 million in 2016. Storm severity decreased by about 25 per cent, while the storm frequency was down about 40 per cent from the five year average. The overall reported loss ratio was 33.7 per cent.

Total sums insured were down from 2016, with average charged rates showing a slight increase from 2016 after a less than stellar loss result last year. The decrease in sums insured resulted in a premium declined of four per cent.

The dry conditions gave way to some areas receiving timely mid-June moisture. Some southern areas not so lucky had spotty germination and continued drought concerns. Regardless most areas in the province produced average to above average crops with good quality.

Saskatchewan’s hail season began in early June with storms on the 2nd and 9th. Hail frequency was down about 44 per cent based on the five year average. The five year hail severity was decreased by roughly 10 per cent. Saskatchewan’s most expensive storm date(s) was July 20 and 21, costing companies $14.9 million on over 1100 claims. Total hail payments were just over $48 million compared to $125 million in 2016, a decrease of 61 per cent from a year earlier. The overall reported loss ratio was 30 per cent.

Provincial total sums insured decreased in 2017. The average charged rates also decrease for the year. Continued average industry loss results and competitive pressures likely contribute to the continued rate decline. These combined changes resulted in a five per cent decline to premiums for the year.

Manitoba recovers after a record hail year in 2016

Seeding was mostly complete by early June. Timely rains helped negate the dry conditions suffered in southern Saskatchewan and Alberta. With below average precipitation through June crops were still in good condition from spring moisture. Seasonal moisture provided great conditions throughout the growing season. This along with good harvest conditions provided Manitoba with average to above average yield and crop quality.

Manitoba’s hail season started in early June as well. With most crops still in the early stages minimal damage was recorded. The results from hail damage in Manitoba mirrored her sister prairie provinces. Manitoba’s most expensive hail day(s) appear to be July 21 and 22 costing companies over $11,000 per claim.

Total provincial sums insured had a marginal increase of three pre cent. This could be contributed to the large hail loss last year. Average charged rates also saw a minimal increase, likely from the historic loss results in 2016. These two factors would help contribute to a six per cent increase in premium for the year. 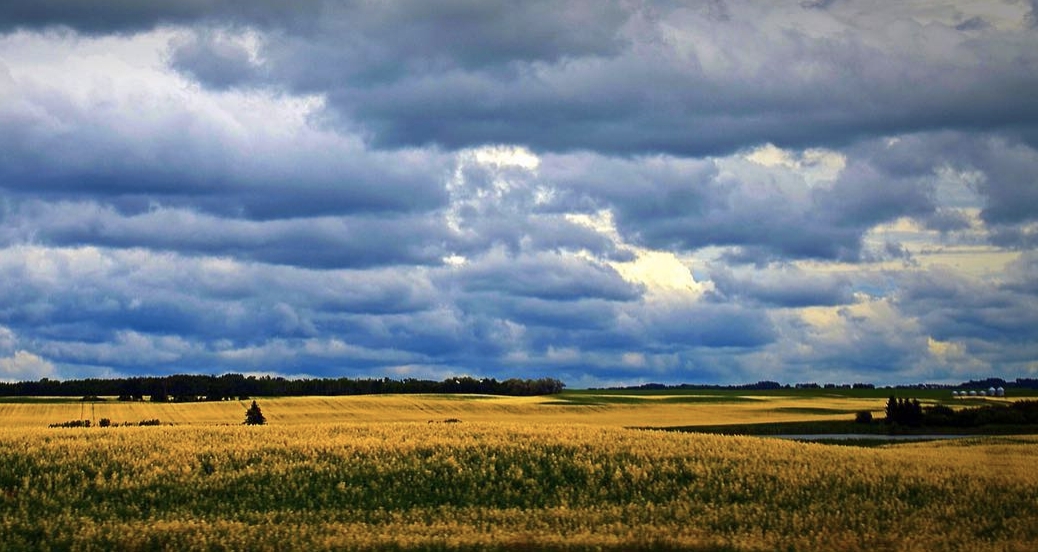