For more than a decade, University of Saskatchewan researchers have been crossing wild lentils with cultivated lentils to tap into the treasure trove of genetic diversity found in the wild species. Now they’re looking at lentil polyphenols, compounds that are important to lentil plants and to consumers.

As a first step, the researchers are identifying the various polyphenols in the different lentil species. In the future, information from this research could help breeders develop lentil varieties with preferred polyphenol profiles and might even lead to value-added opportunities for Canadian lentil processors.

Wild lentil species often have adaptations to difficult conditions – like diseases, insect pests, drought and poor soils – that they have encountered over the millions of years of their existence. “Cultivated lentil is relatively new; agriculture only started about 10,000 years ago. Since then, farmers have passed seed from one to another, so you end up with a narrowing of the gene pool,” explains Bert Vandenberg, a pulse breeder at the University of Saskatchewan (U of S).

So Vandenberg and his U of S colleagues are conducting the painstaking pre-breeding work of crossing wild lentil species, such as Lens orientalis and Lens ervoides, with cultivated lentils, which all belong to the species Lens culinaris. Then they identify hybrids with promising characteristics and create inbred lines for crossing with elite Canadian lentil varieties, to transfer valuable traits into our varieties.

One hurdle in this pre-breeding work is the limited number of wild germplasm samples available. Vandenberg says, “Only about 500 wild lentil samples are sitting in germplasm collections, even though these plants are growing all over the Middle East and the Mediterranean region. However, people are starting to get serious about collecting them again.” For instance, agencies like the Global Crop Diversity Trust are providing funds for collecting and conserving germplasm from wild lentils and other wild species.

Nevertheless, even the currently available wild lentil germplasm collections have plenty of useful traits to offer. “For example, when we first started looking at disease resistance, we found one-third of all the 500 samples and more than half of the samples within some species were resistant to some of our lentil diseases,” he says.

“So we are quite interested in knowing: Can we transfer disease resistance? Can we get something unique in terms of nutrition? Can we find better drought tolerance, heat tolerance or cold tolerance? All those things occur in nature and especially [in species that have adapted] over millions of years. Let’s say there was a very cold period a million years ago, and maybe some of those wild lentils developed really good tolerance to cold weather. When they didn’t need those cold tolerance genes any more, that didn’t mean the genes disappeared. Those genetic combinations can still be there.”

One of the U of S group’s first lentil pre-breeding projects was to bring anthracnose resistance from Lens ervoides into cultivated lentils. Since then, the researchers have transferred resistance to such diseases as ascochyta blight and stemphylium blight, and they are now looking for resistance to diseases like aphanomyces root rot.

In recent years, the skyrocketing advances in DNA-related technologies have enabled this pre-breeding work to move ahead much faster. The U of S lentil research group is a key player in the international effort to sequence the lentil genome. As well, Vandenberg and his colleague Kirstin Bett are developing genomic tools such as DNA markers to screen lentil breeding material for important traits.

So, along with disease resistance, the researchers are now working on other traits of interest in their lentil pre-breeding program. “We’re beginning to look at nutritional biochemistry, drought tolerance, nitrogen fixation – with funding through NSERC [Natural Sciences and Engineering Research Council of Canada], we’re looking at the whole package of what’s there [in the wild lentil genetic resources] that we can use,” notes Vandenberg.

“We are able to track [genetic traits] better now because we have genomic information – the lentil genome has been sequenced. We’re working on a whole series of hybrids so we can understand all the potential genes that can influence our future development of lentils.”

As well, the U of S lentil pre-breeding work recently received a substantial boost through international funding from the Global Crop Diversity Trust. The U of S work fits right in with the Trust’s objectives, which include ensuring food security, adapting to climate change, safeguarding biodiversity and protecting nutritional security. Not only will the lentil pre-breeding work enhance the genetic diversity of cultivated lentil germplasm and increase the ability of cultivars to withstand climatic stresses, but lentils have a lot going for them in terms of sustainability: they fix nitrogen and can grow in drought-prone areas and poor soils, plus they provide protein, vitamins and iron, and are quick to cook.

Polyphenol profiles
Vandenberg and his research team are just at the beginning of their work on lentil polyphenols. Many different kinds of polyphenols are found in plants, including lentils, and the roles of these polyphenols in the plant and their effects on consumers vary.

Vandenberg explains that the concentration of polyphenols in lentil seeds tends to be higher in the seed coats. “A seed coat is like a wrapper that defends the seed from the environmental stresses. It is hard to say specifically what those polyphenols do, but we know there is a lot of biochemical signalling in the soil.” Plants and microbes release compounds into the soil and those compounds act like a biochemical communication system. So, certain compounds released from the seed coat might trigger interactions with other organisms, which could be either positive or negative. For instance, the signal compounds might alert beneficial bacteria to come and form a symbiotic relationship with the germinating plant, or they might alert a lentil pathogen that a potential host is present.

When consumed, some lentil polyphenols have a detrimental effect on human nutrition because they limit the bioavailability of micronutrients like iron. However, other polyphenols have possible links to positive effects on human health, such as antioxidant, anti-tumour and anti-heart-disease benefits.

“In lentil, as well as in pea and fababean, the white flower types typically lack most or all polyphenols. The consequence of that is better nutrition for humans who eat the seeds [because it reduces or eliminates the problem of polyphenols binding with micronutrients]. Also, the seeds cook faster because they imbibe [absorb water] faster. But that makes them weaker agronomically – when the polyphenols are missing, the plants sometimes have difficulty emerging from the soil mainly because moisture penetrates the seed coat too fast and causes injury. As a result of injury, the seeds become more susceptible to microorganisms, like bacteria and fungi,” Vandenberg says.

He adds, “Most of the lentils in the world are eaten with the seed coat removed. There is not a lot of consumption of lentil cultivars without polyphenols [because such varieties are a very recent development]. In contrast, most of the peas that are grown don’t have polyphenols; people have managed to breed around that over time. Yet, peas don’t have the same level of problem with microorganisms. So we’d like to aim that way with lentil breeding, if possible.”

With funding from Saskatchewan’s Agriculture Development Fund, the U of S researchers are currently doing the baseline work of determining exactly what polyphenols are in the wild lentil species, the interspecies hybrids, and the different market classes of cultivated lentils.

Vandenberg recruited Randy Purves, an analytical chemist who specializes in mass spectrometry, to the U of S to work on developing methods for identifying and measuring polyphenols. One of Vandenberg’s and Purves’s PhD students has recently identified the most abundant polyphenols in cultivated lentils, and Purves is now working on the polyphenol profiles of the wild lentils and the hybrids.

“We want to know whether the cultivated ones have the same polyphenols as the wild ones, or if the wild ones have some unique polyphenols,” says Vandenberg. “The wild species are certainly tough, so we think some of them may have seed coats that are really beneficial for characteristics like seedling emergence.”

“In theory, we now have the biochemistry knowledge to ask those questions. Having a chemist work on the project is important because chemistry takes you back to genes because most biochemical compounds are created through the work of an enzyme [which is regulated through genes]. And that is where breeding comes in,” he says.

“This is a new frontier for us in the world of lentils. Having some genome sequences is the beginning of that. The ability to do chemistry has improved as well, which allows us to take a finer lens to the genus Lens.”

Another objective of this project is to determine how different growing conditions affect the polyphenol profiles. Vandenberg explains, “Many plants respond very specifically to changes in daylength and temperature so we are asking: how consistent are the polyphenolic profiles in different environments? So we have a network of collaborators around the globe who have been growing plots in their environments of the same material that we developed here, and we bring the material back to Saskatoon to look at what was the environmental effect.”

Although there’s a lot of work to be done, Vandenberg is excited about the long-term potential of this work. “Every year we’ll put together more of the polyphenol picture. When we find something that is of interest, we’ll pursue that more deeply.”

In the long run, Vandenberg hopes the polyphenol information could help turn lentil hulls from a processing waste into a valuable co-product, enabling the growth of a lentil dehulling industry in Canada.

“Our goal is ultimately to create some value for the lentil seed coats. We would like to see 50 per cent of the lentils grown in Canada get dehulled here. Right now it’s a pittance – less than five per cent. Dehulling lentils here would create more jobs and more value here. But if you dehull a million tonnes of lentils, you might have 80,000 tonnes of seed coats. What are you going to do with them?” he says.

“Once we know the spectrum of the polyphenols, we might be able to turn the seed coats into some kind of useful product. That’s a very long-term goal, and we’re still at the baseline knowledge stage. But if there are changes in the seed coat that can be positive, it opens up the whole possibility of how might we use them.” 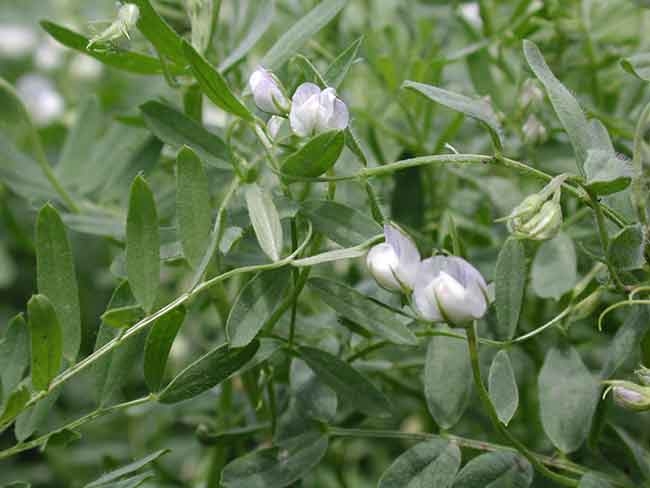 In lentil For more than a decade


Related
New alfalfa has ‘tremendous’ potential in the Maritimes
Enzymes with the potential to increase wheat yields
Potential of hemp in Alberta grows
Saskatoons: plenty of potential