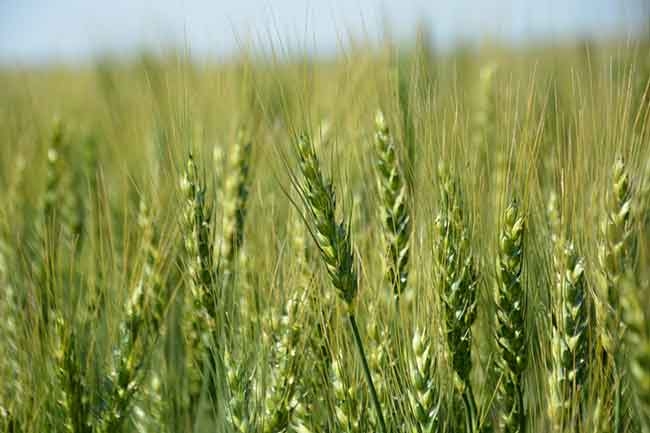 On June 19, 2015, Canada formally ratified the 1991 Act of the International Convention for the Protection of New Varieties of Plants (UPOV 91), following an amendment to its Plant Breeders’ Rights Act (PBRA) with Bill C-18 (the Agricultural Growth Act) in February.

Bill C-18 was designed to reduce regulatory red tape and ease restrictions on private investors in the sector.

“Canada is now recognized internationally as having a UPOV 91 compliant PBRA,” says Denis Schryburt, acting manager of the media relations office at the Canadian Food Inspection Agency (CFIA). “Most UPOV members are already meeting UPOV 91 requirements, including many of our key trading partners, such as Australia, the European Union, Japan, South Korea and the United States.”

Canada has been a member of UPOV, or the International Union for the Protection of New Varieties of Plants, since 1991. UPOV’s stated mission is to “provide and promote an effective system of plant variety protection, with the aim of encouraging the development of new varieties of plants, for the benefit of society.” Since its formation in 1961, UPOV’s system of plant variety protection has undergone three revisions – in 1972, 1978 and 1991.

As Canada’s first Plant Breeders’ Rights Act was established in 1990, it was based upon the 1978 UPOV Convention.

According to Schryburt, the revised PBRA extends greater protection to plant breeders and encourages innovations in variety development. Specific changes to the Act include an extension of the duration of protection of new varieties from 18 to 20 years, an allowance for breeders to sell a variety in Canada for a year before applying for PBR protection in order to “test the market, advertise, or increase stock.”

Another change provides automatic provisional protection for a new variety from the date of filing, which allows applicants to claim rights to the variety while applications’ “grant of rights” are pending. The existing system allows for the propagation of material intended for sale, and for the sale of that material, but in the new PBRA, plant breeders may also reproduce, import, export, condition and stock for the purposes of propagating seed intended for sale.

Some media buzz has lingered on another element of the revised PBRA relating to the “Farmers’ Privilege,” an exemption to the breeder’s right that allows farmers to save, store, condition and reuse seed of a PBR-protected variety. However, a provision in the PBRA prohibits “brown bag seed” – or the illegal sale or purchase of protected varieties without permission from rights holders. “Selling brown bag seed was an infringement under the old PBRA, and it will continue to be so under the revised PBRA,” Schryburt explains. “Revisions to the Act also may allow breeders to exercise rights on harvested material such as grain, resulting from brown bag seed.”

UPOV 91 has opened new avenues for growth in the Canadian seed industry. This July, Canada’s Canterra Seeds and international agricultural cooperative Limagrain announced a new cereal breeding partnership in Canada, an arrangement made possible by the passing of Bill C-18.

The new partnership, Limagrain Cereals Research Canada, will develop new cereals varieties, with a focus on wheat, from its Saskatoon, Sask. base.

But other changes are happening at the grassroots level. According to Brent VanKoughnet, executive director of the Manitoba Wheat and Barley Growers’ Association (MWBGA), the updates to Canada’s system have laid the groundwork for discussions about the producers’ role in the future of cereals breeding in Canada – a conversation cereal producer organizations have begun.

In December of 2014, all eight Western Canada wheat and barley check-off based producer organizations gathered to begin to explore options for producer involvement in wheat and barley innovation. With financial and facilitation assistance from Western Grains Research Foundation (WGRF), a working group was formed.

This February, the Working Group issued a Request for Proposals, with the goal of studying options for a new or revised Canadian wheat and barley breeding approach that offers producers a distinct role and protects and preserves producers’ interests.

VanKoughnet says producers likely have a range of choices – from propping up the existing public cereals research system, to taking a much greater leadership role in developing and/or participating in public/private partnership models. Currently, revenues from selling Certified seed do not adequately provide a return for any outside investors, leaving the cereals industry vulnerable to taxpayer funding and the federal government of the day. “No private investor can currently find a way to justify a significant investment in wheat breeding in Canada, because there isn’t an adequate value capture mechanism,” he says.

“Producers can benefit from many motivated players in the game, competing with the best innovation. How do we keep as many of the bright minds as possible, public and private, interested and engaged to fight like heck to put the best varieties in front of producers?”

At this early stage, VanKoughnet says there is no obligation that all the participants come to an agreement about what the ideal model looks like.

One thing is clear, however – VanKoughnet says every producer group he’s talked to has expressed the need to sustain and strengthen public research. “Nobody sees a logical and long-term sustainable way to stay competitive in cereals without a strong public research capacity,” he says. “Everyone sees the benefit of a strong public system and varying degrees of private-producer and public partnerships.”