Twenty years after realising they might be onto something, a small team of Saskatoon-based scientists is working towards clearing the final regulatory hurdles to gain approval for Canada’s first-ever Prairie cropland bioherbicide. Designed to counter some of agriculture’s toughest broadleaf weeds, including Canada thistle, dandelion and wild mustard, the breakthrough product is safe, effective and – most noteworthy – derived from an entirely natural fungus. The bioherbicide represents a major step towards diversifying Canadian agriculture’s weed management options.

“It’s a really good product. But just as importantly, we’ve made major steps to advance the field of bioherbicides, which opens the door for others to advance the field further,” says team lead Dr. Karen Bailey, a research scientist with Agriculture and Agri-Food Canada (AAFC). “Industry, farmers and the research community will herald this as a big win, absolutely.”

The next-best thing to no weeds in a field is weeds that emerge from the ground a sickly, photobleached white, doomed even as they are just getting started. This is the magic of Phoma macrostoma. When isolated, concentrated, granulized and broadcast on fields for pre-emergent weed control, this naturally occurring fungus packs a two-part punch. First, it releases a phytotoxin that, when absorbed by germinating seedlings, destroys the seedling’s ability to feed themselves. Meanwhile, it infects the susceptible weed’s root structure, producing further phytotoxin from inside the plant. Phoma offers 50 to 80 per cent control of Canada thistle and 80 to 90 per cent (equal to conventional herbicide) control of dandelion and wild mustard.

From a safety perspective, Phoma is everything regulators and farmers want in a herbicide. It is extremely non-competitive in the soil, which means that if any other organism comes near it, its population drops sharply back to naturally occurring, virtually undetectable levels. It stays neatly in place: its effective radius is within five centimetres of where it was broadcast, so there is no concern with drift to neighbouring fields or waterways. It has a broad host range: it attacks many dicots (clovers, lentils, other broadleaf plants) but monocots (grasses, cereal crops) and all trees and shrubs are very resistant. Interestingly, alfalfa is susceptible in its year of establishment, but untouched if the Phoma is applied in subsequent years. And, regulatory approval is far simpler because Phoma already exists all across Canada (likely tagging along to Canada from the United Kingdom when Canada thistle was first brought in with animal hay by early pioneers).

Phoma’s application as a bioherbicide came to be through painstaking study, educated guesswork and serendipitous luck. Bailey and her team first decided to attack the problem of Canada thistle in the early 1990s. Their initial approach was to cast their nets widely: they asked agronomists and researchers across the country to send in any Canada thistle plants showing evidence of disease. The team then analyzed the sick looking plants to isolate which organisms were causing the symptoms.

Bailey isolated Phoma macrostoma as an agent of Canada thistle disease in 1994, but the research had, in fact, only begun. Though tests proved Phoma caused the plant to become diseased, when the fungus was isolated and sprayed onto the leaves of healthy plants, only partial results occurred, not nearly effective enough to suggest a real future as a bioherbicide.

But then luck stepped in, says Bailey. A dandelion growing alongside the test area flowered and, by complete accident, the seeds fell into a pot that held a plant that had been treated with the fungus. When the dandelion seeds sprouted in the pot, the emerging seedlings were white.

“That’s when we realised it had to be applied to the ground as a pre-emergent. It really was a chance occurrence - serendipity if you will - but it was the crucial step we otherwise would have missed,” she says.

The team then set about finding the most effective isolate of Phoma macrostoma and, by the early 2000s, had enough data to patent the effect of the organism. Since then, they have been working with industry partners to isolate and produce Phoma and to collect the multiple years of data on multiple crops required by regulators. They also continue to work on perfecting their product.

“Yes, it is naturally occurring, but what we are doing is maximizing what it produces for phytotoxin so we can reduce the level that needs to be applied to achieve effective results. Bioherbicides tend to be on the more expensive side, so we’re trying to maximize its effectiveness. Right now we’ve got costs reasonable for a turf grass situation, but we’re not quite there for agriculture. We’re working on different ways to grow it better, different formulations to help it disperse most effectively,” says Bailey.

While Phoma is best applied on pre-emergent seedlings, it can also provide effective control of more mature plants. However, to achieve control on older weeds, Phoma needs to be applied more than once and at higher quantities, a serious challenge to its cost effectiveness in a commercial application.

Phoma is currently registered for use in turf grass applications. Registration for feed and food use, the registration required to allow the bioherbicide to be used in Prairie crops, is still three to four years away. The researchers intend to collect a final year of field data before submitting their findings to an 18- to 24-month long regulatory approval process.

If it gains final approval, Phoma will be the first of many bioherbicides developed for use in Canadian agriculture, says Bailey.

“Bioherbicides are pretty unique. Our group in Saskatoon is the only one in Canada and some of just a handful of researchers around the world looking at bioherbicides,” she says.

Following final data collection, the next priority is to find a suitable industry partner to take the product to market. Bailey anticipates such a partner stepping in once the data collection phase is complete and the team is ready to move into the regulatory approval process.

Industry support for the product is strong. Certainly organic producers will be particularly enthusiastic should this product hit the market, as it may prove the long-awaited, all-natural solution to the growing and very challenging Canada thistle problem. That said, bioherbicide research is currently on the fringes of agricultural study, which means that research dollars can be harder to access than if the field of study were more conventional.

“The problem we have as researchers who work on bioherbicides is that we have to work in a very isolated manner. Most researchers working on conventional products can form clusters with industry to generate research dollars. But, because industry really isn’t involved at the early stages of bioherbicide development, it’s more of a struggle to find research dollars. We do get dollars from government and from producer groups; we are well supported. But I’m a researcher; we always need money.”

Certainly, other challenges lie ahead. However, most of the biggest steps en route to commercializing Phoma are now complete, a major accomplishment for the researchers and for Canadian agriculture as a whole.

“Proving all of the biology and safety finding economical ways to grow it, manufacture it, and distribute it, there are many pieces to the puzzle,” she says. “But it has come together for us, perhaps against the odds.” 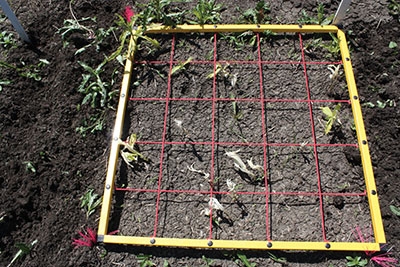