Soil quality improves with reduced tillage, but there are trade-offs. 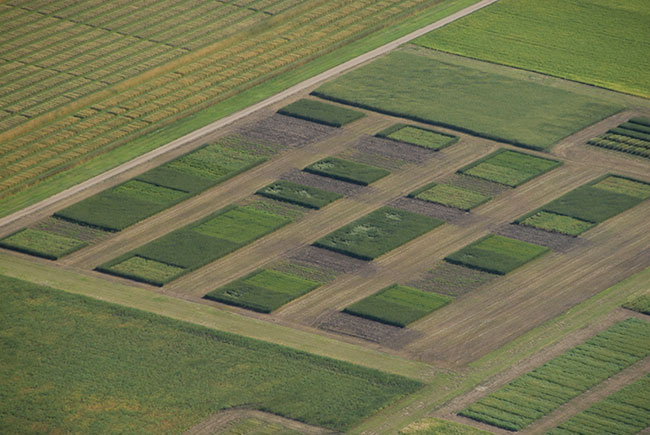 A new study out of Agriculture and Agri-Food Canada’s (AAFC) Swift Current Research and Development Centre (SCRDC) will help shed more light on tillage and weed management in organic production.

The six-year study, which ran from 2010 to 2015, was designed in collaboration with organic producers from the Advisory Committee on Organic Research (ACOR), which helps direct organic research priorities at Swift Current, and was published in Agronomy Journal last year.

Weed and nutrient management are key issues for organic producers. Without the use of chemical inputs, most producers typically rely on legume green manure for nutrient and pest management, explain the authors of the publication.

Conservation tillage (or zero-till) lowers the environmental impact of crop production and helps build soil organic matter and soil carbon, but for organic producers, it comes with trade-offs in weed and pest control.

“The goals of this multi-year study were to determine if diversified crop rotations and reduced tillage under organic management could keep weed populations at low levels, maintain soil fertility and quality at adequate levels, and foster healthy annual crops for sustainable and profitable production,” Fernandez says. “We gratefully acknowledge funding by the Western Grains Research Foundation and the Agri-Innovation Program of Agriculture and Agri-Food Canada’s Growing Forward 2 through the Organic Science Cluster II, initiated by the Organic Agriculture Centre of Canada in collaboration with the Organic Federation of Canada.”

All crops and treatments were selected in collaboration with the ACOR producers to reflect current practices, Fernandez says.

Soil samples were taken in the spring and fall and analyzed for soil moisture, nutrients, aggregate distribution and soil carbon.

Precipitation over the study period was substantially greater than the long-term average, the authors of the study wrote, with the highest precipitation in the 2009-2010 and 2010-2011 crop years, but there was also a year with a very dry spring and early summer – 2015.

“Drier conditions, more typical of our region, would not likely have resulted in such high levels of Canada thistles as we encountered in the last few years of the study,” Fernandez notes. Lower levels of the weed would have allowed the researchers to continue with the study’s original design for minimum tillage.

“Because this increased the soil’s resistance to wind and water erosion and contributed to the environmental sustainability of organic production under reduced tillage, a different strategy for increasing soil N and grain yields would be needed without compromising the aforementioned key soil quality factors,” Fernandez says.

She adds that one of the study’s most surprising results was the observation that wheat yield variation had more to do with precipitation and soil N levels than weed infestations.

“The prevailing general belief is that weeds are the main reason for lower grain yields usually observed under organic production,” she says.

“The observation that protein concentration in organic wheat tended to be higher than in a conventional zero-till trial nearby, and than in commercial wheat grown in the same area, suggests that the former was more efficient at producing higher protein grain.”

The researchers didn’t observe a negative relationship between grain yield and protein concentration during the years of the study, which might be explained by the release of mineralized N from the previous legume green manure or pulse crop, she adds.

Based on the wet years of the study, Fernandez says the low tillage treatment did not appear to be viable for more than a few years. Producers might have better results from using reduced tillage as a basic strategy and employing occasional intensive tillage when needed to help deal with perennial weeds.

“In organically-managed fields, occasional tillage would be an effective means of weed control with minimal negative impact,” she concludes.