Lentil and fababean are the pest’s latest casualties. 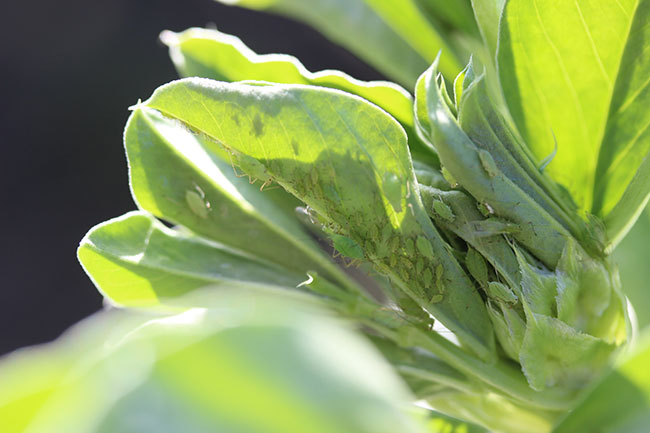 Pea aphids are commonly found in many pulse and legume crops, but are occurring at economically damaging levels more frequently in the last few years. In 2019, the sap-sucking insect devastated lentil and fababean crops in some areas of the Prairies.

“Typically, this past year we saw pea aphids on lentil crops, but also some infestations later in the year on fababean,” says James Tansey, provincial entomologist with Saskatchewan Ministry of Agriculture in Regina.

Peas, lentils, fababeans, chickpeas, dry beans, alfalfa, and clover are host crops of pea aphids. Peas and lentils are preferred hosts, but when these crops start to dry down, the pea aphids can fly to nearby fababean crops. Similarly, when alfalfa is harvested, the pea aphids move to pea, lentil and fababean fields.

Pea aphids can overwinter on the Prairies, but large infestations that cause economic losses are usually the result of pea aphids blown in from the United States. The insect is also a reproducing machine. Females can reproduce without mating and have seven to 15 generations per year. One female can produce 50 to 150 offspring in a summer.

“I would say pea aphids have been a real problem the last three years. Some of the infestations have been pretty horrific,” says entomologist Tyler Wist with Agriculture and Agri-Food Canada in Saskatoon. “There were some fababean fields that had such high density that there was literally zero yield. The plants were basically sticks without pods.”

Wist, along with entomologist Sean Prager at the University of Saskatchewan’s plant science department and M.Sc. grad student Ningxing Zhou are conducting research on scouting and economic thresholds for lentil and fababean.

In lentils, a nominal threshold has currently been adopted from North Dakota. It suggests that insecticide application is recommended when 30 to 40 aphids per 180-degree sweep are captured, few natural enemies are present, and aphid numbers do not decline over a two-day period.

“If aphid numbers aren’t declining, that is an indication that the natural predators are not able to reduce or hold the infestation in check. In that case, pea aphid numbers can increase rapidly, so spraying might be warranted,” Tansey says.

No economic threshold levels have been established in fababean.

The current economic threshold for peas was developed in the early 1980s at AAFC Winnipeg using the large-seeded yellow pea variety Century. The economic threshold is two to three aphids per eight-inch (20-centimetre) plant tip, or nine to 12 aphids per sweep, based on the price of peas at $5.71 per bushel, and the cost of control at $6.73 to $9.25 per acre. Spray application timing is when 50 per cent of plants have young pods. While Zhou’s research isn’t looking at pea thresholds, Wist says the threshold could use a re-evaluation with current varieties. 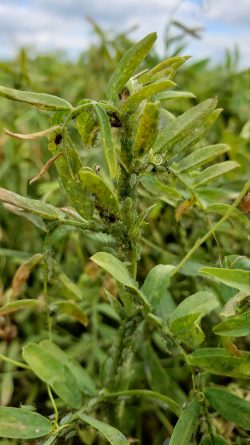 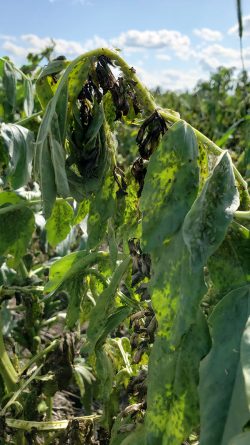 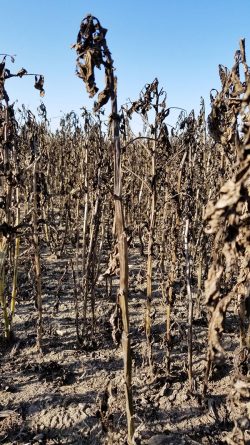 Counting to one million
As part of her M.Sc. research project, Zhou is literally counting a million aphids. Trials were set up to assess yield losses in lentil and fababean that occur at various pea aphid densities and timing. She measures cumulative aphid days, which is the number of aphids over time. This helps to provide an assessment of the cumulative impact on the crops. Zhou saw some massive numbers, especially on fababean with infestations as high as 1,500 per plant.

“In the first year, we went really wide with our assessment dates so that we could measure the pea aphid impact at different points in the growing season. But with the last three dates, the aphid populations were too high,” Zhou says.

Prager says the yield losses measured are occurring because of pea aphid feeding. While some aphids are known to be vectors for viruses, Zhou screened for the pea mosaic virus in her trials and did not find any.

Wist says that having established the high end where pea aphids cause too much damage, the research is moving forward to establish the low end where an economic threshold could be established. In fababean, pea aphid populations of 300 to 800 per plant seriously impacted yield. In lentil, yield losses were showing up in the 150 to 600 pea aphids per 180-degree sweep.

“We’re also looking at the best scouting method. In lentil, 180-degree sweep is preferred, but in fababean it looks like numbers per plant works best. Sticky cards were utterly useless,” Wist says.

A parasitic wasp in the Aphidiidae family can also attack pea aphids. The female wasp lays an egg inside an aphid, and when the egg hatches the larva eats the aphid from the inside out. When the larva pupates, the parasitized aphid swells up, turns tan/copper in colour, and the body becomes mummified.

“Natural enemies can reduce the populations pretty quickly. If you see copper-coloured aphid mummies on the plants, the pea aphid population is being hit pretty hard,” Tansey says. “That’s why this research on economic thresholds is so important. Spraying only when needed helps maintain the populations of beneficial insects and can keep aphid infestations under control.”