Plants require a specific amount of heat and water to develop from one point in their life cycle to another. Unexpected events such as a late season spring frost, early fall frost, extended saturating rain and hail are just some of the weather factors farmers must frequently contend with. 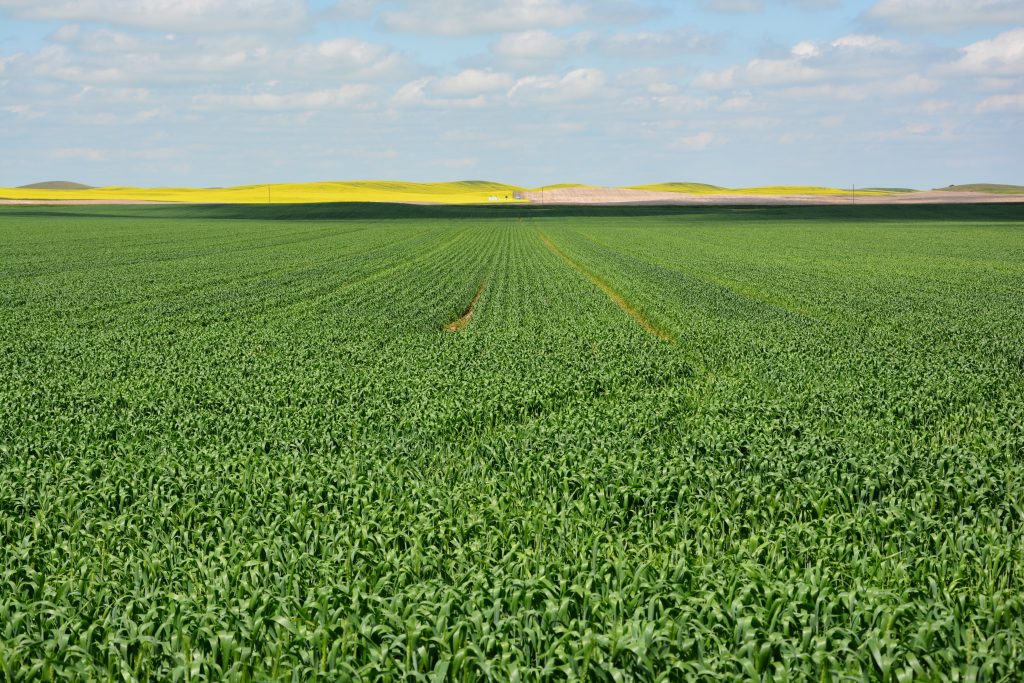 So too weather influences the life cycle of many insects that can affect insect pressure and damage to crops. Weather also influences disease pressure and crop disease levels. The bottom line – weather has huge direct and indirect effects on crop growth, yield and quality.

As farmers and crop research scientists develop a better understanding of the effects of weather and climate on crop production, more informed crop management strategies can be developed. And as meteorologists improve their accuracy to predict weather, this will further aid farmers in making crop management decisions.

Farmers need to be familiar with and understand basic crop-related weather terms:

Weather is the short-term condition of the atmosphere at a specific place and time, such as temperature, dryness, sunshine, wind, rain, etc.

Climate is the average weather for many years or accumulation of daily and seasonal weather events over a long period of time. It is the sum of all statistical weather information that helps describe a specific place or region.

Growing season is the period of time in a year when the climate is suitable for cultivated plants to experience growth. Growing season length is usually determined by the number of consecutive frost-free days.

Growing season precipitation is the total amount of rainfall received from planting to maturity.

Growing degree days (GDD) is a measure of accumulated heat used to predict crop growth stages. GDD are calculated by taking the average of the daily maximum and minimum temperatures and subtracting a base temperature using the formula:

Corn Heat Units (CHU) is also a measure of accumulated heat, using a more complex temperature formula than the formula used for GDD, and is used to determine the amount of heat needed by corn or soybean to reach maturity in Western Canada.

Evapotranspiration is the combination of vaporization of water directly from the soil surface and release of water vapour by transpiration from vegetation, and is used to determine
water use by crops on a daily and seasonal basis.

Solar radiation is the energy from the sun that provides light and heat required for seed germination, leaf expansion, growth of stems and shoots, flowering, fruiting and thermal conditions necessary for the physiological functions of the plant.

Probability is the prediction of the likelihood of an occurrence of a specific weather condition (e.g. probability of frost event).

In recent years various media have reported on climate and how it is changing. A research study conducted by Stefan Kienzle and co-workers at the University of Lethbridge (U of L) examined all weather records in Alberta from 1950 to 2010 to determine if there were any significant climate change trends over the past 60 years. Their work showed that at Lethbridge, the growing season length increased from 193 to 214 days from 1950 to 2010, an increase of 21 days. At Edmonton and Grande Prairie the growing season increased by 11 and 22 days, respectively.

A concern looking forward is the effect of climate on snow pack in the mountains and potential water availability for irrigation farmers and water flow in rivers in spring and summer. Fig. 3 shows the trend of snow pack in the Castle River region west of Pincher Creek. This is a tributary of the Oldman River and ultimately the South Saskatchewan River. If snow pack is gradually reduced each winter, this will reduce water available for irrigation across the Prairies.

Of greatest interest will be the trend for stored soil moisture in spring and average growing season precipitation. If the growing season precipitation trend is upward in the future, that will be good news for Prairie farmers for increased crop yield potential. However, if the trend is reduced precipitation and increased heat waves, this will mean Prairie farmers will have to adapt to more water use efficient crops and crops with greater drought tolerance.

The U of L group has developed an interactive Alberta map to show a number of weather variables and provide trend lines for each weather variable: www.albertaclimaterecords.com.