August 22, 2016 - Much of the province received a badly needed rain this past week up to five inches in some areas. Crops that will benefit most are hay, pasture, longer day soybean varieties and emergency forage and cover crops seeded after winter wheat and spring cereal harvest. Accumulated crop heats units (CHUs) are close to the 30 year average in most areas.

Forages
This most recent rain will significantly help new growth on the alfalfa and grasses for hay and pasture. Forage plants once in the full flower stage (legumes) or in headed stage (grasses), should be cut to stimulate new growth.

Note forages, including corn silage, harvested immediately after a rainfall following dry weather stress can be high in nitrates resulting in livestock poisoning and silo gas. This is particularly high risk during the five to seven days following a rain that ends a severe dry period.  Silo gas can be fatal to both humans and livestock.  Extra caution should be taken around silos, feed rooms, etc. and keep these areas well ventilated after silo filling. For more information, see the factsheet on potential nitrate poisoning and silo gas when using corn damaged by dry weather for silage, green chop or grazin at http://bit.ly/2aZKjlW.

Cereals
Winter wheat harvest is complete and most of the spring cereals have been harvested. Spring cereal yields have been average to mostly below average this year. Quality has been excellent for the most part, but lower protein levels in some of the spring wheat growing areas.

Edible Beans
Disease pressure has been low due to dry weather in most regions. Harvest will start earlier than normal from the dry weather this growing season.

Soybeans
Some fields have started to turn colour, but flowering continues and pods continue to fill, so soybeans will benefit from this recent rain. As well, the recent rain should reduce the spider mite pressure. Disease pressure remains low.

Corn
Many fields are under-developed and have incomplete pollination due to the dry weather (see Figure 1 at http://fieldcropnews.com). In some cases this has left a third of the cob unpollinated. Several growers are considering selling drought stressed corn as silage off the field to local livestock producers. Determining an equitable price can be difficult. Some factors to consider include potential grain content and removal of crop residue and fertility from the field in the form of the leaves, stalks and cobs in addition to the grain. It is also difficult to estimate silage yield and moisture. Often times the actual whole plant moisture is higher than would be assumed under dry weather conditions. Samples should be taken before harvesting the field to determine the whole plant moisture. For proper silage fermentation and storage, the recommended silage moisture content should be:


Yields are best determined by weighing a few loads as they come off the field and adjusting to standard moisture such as 65 per cent moisture.
For more information, take a look at pricing corn silage in 2016 at http://fieldcropnews.com/category/corn/

Cover Crops
There is still time to seed some cover crops.  See this link http://bit.ly/OMAFRACoverCrops1 for some options. Keep in mind, many of the cover crops can be used as emergency forages such as oats and oat mixture, fall rye and red clover under-seeded in the winter wheat crop to name a few. 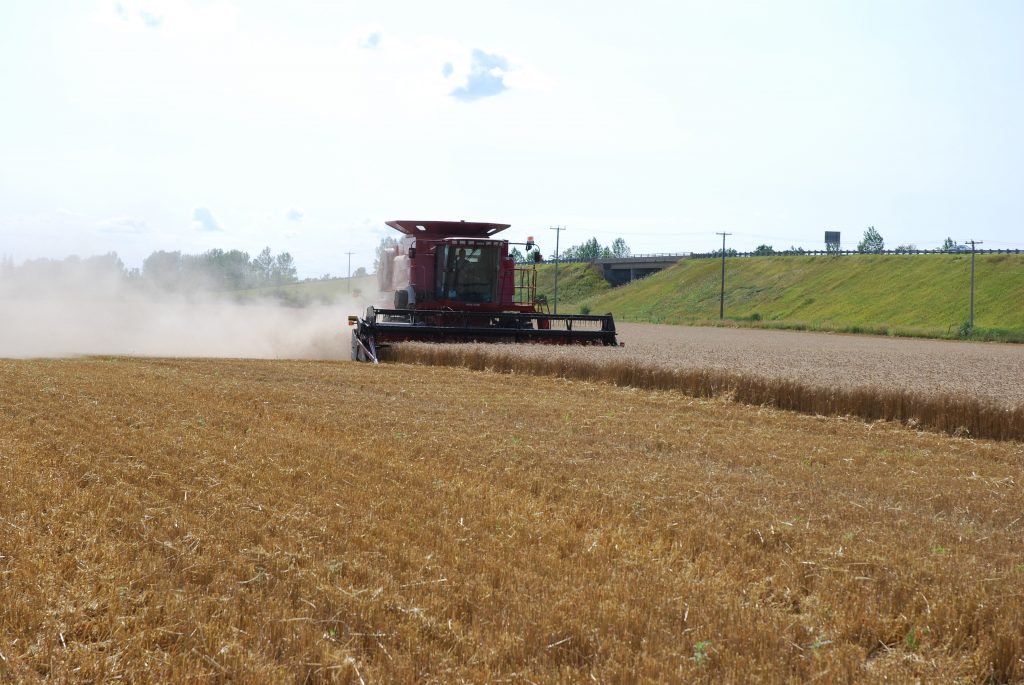