When chemical pest management options first became available, they seemed a silver bullet, an easy-fix solution to even the toughest weed, disease and insect pests. They worked so well, in fact, that farmers almost entirely turned their backs on the cultural, physical and biological pest controls they had depended on prior to the advent of chemical solutions.

But, as the entire agricultural industry is coming to realize, nothing comes without a cost. Weed and disease resistance issues, increasing populations of hard-to-manage insect pests, and the alleged effect of neonicotinoids on pollinators and insect predators are harsh examples of the unintended consequences of chemical over-reliance. Integrated pest management (IPM) may be the oldest “new” trend in agriculture, but scientists are slowly bringing producers back around to this systems-based approach.

“What I see as a big problem in field crops is the indiscriminate use of pesticides. I’m not anti-insecticide. I’m pro IPM.  In my opinion, a more diverse system is more resilient in the face of any disturbance, whether that disturbance is a drought or heat or pressure from an insect pest,” John Tooker, a research scientist in Penn State University’s department of entomology says.

“Consider this: most organic growers don’t seem to have nearly as big insect problems as a user of insecticides would think they should have. The point is the organic growers have more integrated, locally diverse farms. Anything a grower can do to increase diversity, in time and space, on their operation will move them in the direction of a more integrated system that depends less heavily on pesticides.”

For the past seven years, Tooker and a team of collaborators have been conducting lab- and field-based research on soybean and corn pests. Six years ago, a group of no-till farmers approached Tooker complaining they were at wits end due to a worsening slug problem. While slugs are a pest specific to no-till operations and, therefore, a significant problem for only some Ontario farmers, Tooker’s surprising findings should give pause to all monoculture-focused, chemical-dependent producers.

Being mollusks rather than insects, slugs are unaffected by most insecticides even at high concentration. However, when they consume plants grown from seeds coated with a neonicotinoid seed treatment, they ingest the insecticide, at least temporarily, and can pass it on to any predator that eats them. The slugs Tooker tested from his quarter-acre soybean research plots in Pennsylvania averaged about 200 parts per billion (ppb) of neonicotinoid but ranged as high as 400 ppb. As comparison, Tooker says, consider that approximately five ppb of neonicotinoid is enough to kill a bee (which, using simple math, means the amount of neonicotinoid in the most highly toxic slugs found would be enough to kill that bee 80 times over). Though researchers do not yet know the susceptibility of various soil-dwelling insect predators to neonicotinoids, it is more than likely that a “toxic slug” carrying even a fraction of the 200 ppb average would poison – and possibly kill ¬ most insect predators that attack it, according to Tooker.

“Our evidence shows that neonicotinoids exacerbate slug populations. What we found is that, where you use a neonicotinoid seed treatment, you have 19 per cent fewer soybean plants and five per cent less yield when slugs are the primary pest than if you didn’t use a seed treatment at all,” Tooker says. “It’s a perfect example of how pest management tactics can backfire if you don’t understand well enough the complexity of the system you’re working within.”

So, the obvious question a farmer might ask is: if not seed treatment, then what? Given that research on complex forest and grassland ecosystems shows the population of plant-eating insects decreases as the diversity of plant species in that ecosystem increases, the answer is hardly surprising. Diversity, rotation and integration, Tooker says.

“One of the first questions we asked was: could having something else in the field help us manage pests? In a clean soybean or corn field, the only plants in that field are the monocultured crop. But if you planted something else that slugs liked to eat, could that decrease losses?” Tooker says.

After various comparisons, the researchers determined slugs prefer cereal rye over any other plant species they tested. Planted between the rows of corn or soybeans, the rye acted as a surprisingly effective “distraction” crop, keeping the slugs satisfied, but away from the cash crops.

Even more interestingly, Tooker and Pennsylvania grower, Lucas Criswell, are seeing evidence that planting corn or soybeans without seed treatments into a standing green rye cover crop provides much better protection from slugs than if corn or soybeans are planted into a glyphosate-treated, brown and dead cover crop.

“What your average reader will say is, ‘Planting into green cover is the stupidest thing I’ve heard. I’ll get black cutworm and true armyworm because of the green bridge.’ Conventional wisdom is you need two weeks between cover crop termination and planting to avoid carrying insect pests to your cash crop. But, our initial findings after one year of research actually show that certain insect populations, big problem insects like black cutworm, were actually lower in green cover than brown, which could be explained by the cover crop distracting cutworms and/or fostering better predator populations,” Tooker says.

That said, he cautions, this approach is not for the faint of heart. A grower has to be committed to scouting regularly, reacting quickly if a pest population suddenly blows up, and relying on multiple, integrated means of pest management.

When IPM is done correctly, Tooker says, the dollars will follow. Though integrating crop diversity and rotation may not seem, at first, to compete with the economics of a high yielding, high return cash crop, decreased pest problems and decreased time spent managing pest problems can add up.

“IPM may not always jive with the economics of, say, continuous corn. But with lower commodity prices, we’re seeing more openness to high levels of rotation and diversity,” Tooker says.
In the long run, that may prove a very good thing for agriculture as a whole. 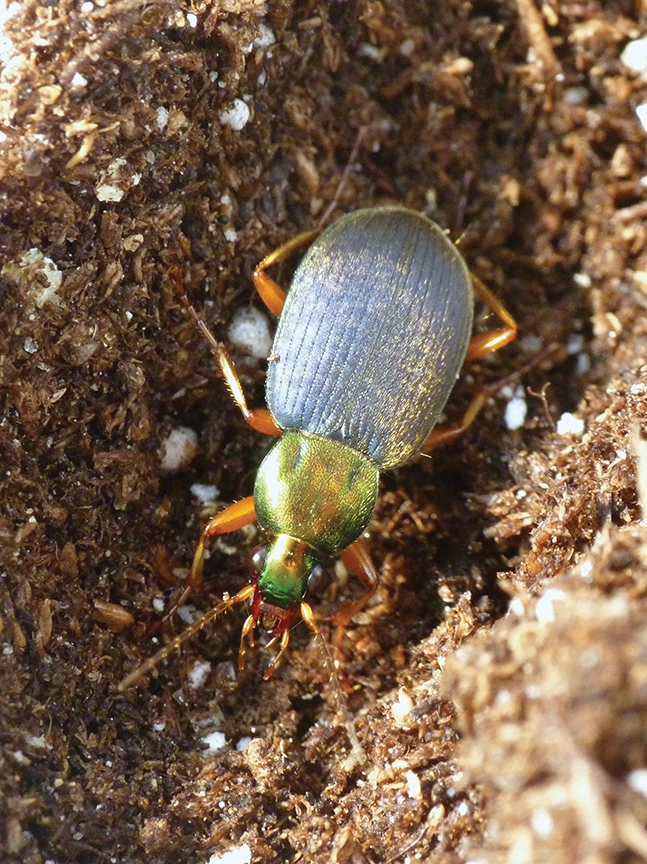