The Ontario Federation of Agriculture (OFA) has teamed with Agri-Food Economic Systems to assess the Canadian government’s upcoming carbon tax. Specifically, the study will determine the carbon tax’s impact on Ontario agriculture and agri-food businesses.

The study, Understanding the Cost Burden of the Federal Carbon Tax on Ontario Agriculture, has a targeted completion date of late April 2021, with a final report to follow. The OFA has advocated over the years for the government to broaden exemptions for the agriculture industry under the carbon tax. One such measure includes adding natural gas and propane to the list of qualifying farming fuels under the federal Greenhouse Gas Pollution Pricing Act. 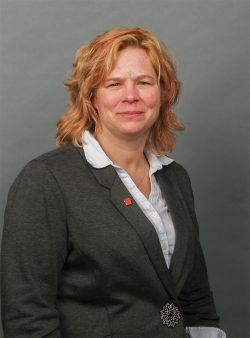 Additionally, the Federation has advocated to revise the definition of eligible farming machinery yo include machinery used for the purpose of providing heating or cooling to a building or similar structure. This would exempt agriculture activities such as grain drying and the heating of livestock barns form charges.

The proposed Healthy Environment and a Healthy Economy Plan includes a pledge to more-than-triple the price of carbon by 2030. The upcoming study will estimate the explicit costs of the impact of mandated pricing, as well as the costs of mitigation in response to the tax.

The carbon tax impact study is currently underway with a targeted completion date of late April 2021. OFA will receive a final report following the completed assessment.

“This analysis will help to raise awareness of the significant financial impact the carbon tax will have on our farm businesses,” said Peggy Brekveld, OFA president, in a statement. “The federal government needs to understand and work to lessen the negative impacts of the carbon tax. It is negatively impacting the ability for farmers in Ontario to compete in both domestic and international markets.”