Uncategorized
No successor? No problem. 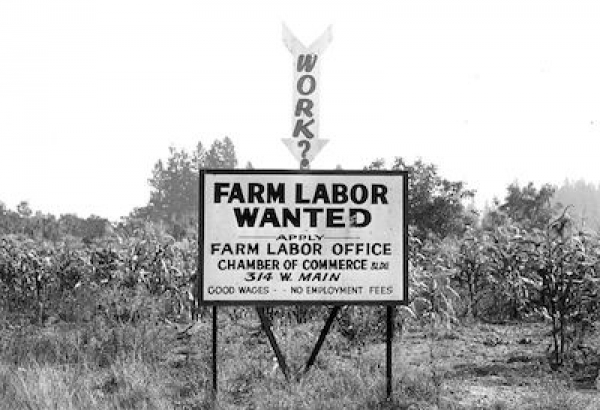 Farm owners have several options including selling the land, dividing the land, or using ag recruiting firms to find a successor to take over.

Succession planning can be a daunting task for farm owners – especially for those who don’t have any qualified successors to take over over the operation.
The next generation is often encouraged to leave the farm and gain an education. Some become more intrigued by life outside the rural landscape and never return. Others just want a more stable work-life balance than what they saw their parents have on the farm. In some cases, other farm employees in key leadership positions that could be successors are also nearing retirement age.Lori Culler is the founder and owner of AgHires, a job board and recruiting firm for farms and agribusinesses across Canada and the United States. She receives one to two requests to help find a successor per year, and she’s noticed the question about finding a successor come up more during the past three or four years than in her entire recruiting career.

“That’s what we’re seeing, where the next generation maybe isn’t interested in that farming operation, but that farmer or business wants to see it continue on. They don’t want to just sell it off, they have a passion to see it continue,” Culler says.

On the other side of the equation, she hears about candidates looking for these opportunities but aren’t sure where to look because opportunities for ownership don’t become available often.

Delaying the process
Jeff Noble, director of business and wealth transition at BDO Canada, works closely with agriculture clients in Ontario on succession planning. He too notices a decreased interest in taking on the risk and responsibility of running the family farm.

Even when there are qualified successors, farmers on average, delay the succession planning process. Through his work, Noble has noticed that farmers tend to put off succession longer than other private company owners. With farms, there are multi-generational concerns and strong attachments to the land. It can be difficult for owners to think about parting with the farm so they delay succession planning. When there isn’t an obvious choice for a successor, it’s even easier to delay the process because there’s more confusion surrounding next steps. But putting succession planning off isn’t doing a farmer any favours, Noble says. His first step when working with farmers is to help them understand one day they’re going to leave the farm.

Starting early allows for one to explore more options. “The longer they wait the fewer options they have, and secondly the longer they wait, they may find themselves at a point when someone else is making decisions for them,” says Noble.

Find an outside successor – hire your buyer
There are recruiting services for the agriculture industry, such as AgHires, Agristaffing.com, AgStep, as well as local recruiters, depending on the area. While AgStep focuses on recruiting for agribusinesses, both AgHires and Agristaffing.com advertise on-farm jobs and agribusiness roles and have helped farms find a successor in the past.

Finding a successor is not any easy task and both firms take the time to vet candidates and their long-term goals. For Culler at AgHires, cultural fit is key.

“You can have someone with a great looking resume but if they don’t match on leadership style, or how to manage employees, their take on customers and their customer interaction, if that’s not in alignment and a fit, the successorship won’t work for either side,” Culler says. “We’re very selective with our submissions, and with a successor you really just can’t get it wrong.”

However, it’s the owner’s responsibility to come to terms with what they are looking for in the handoff of the farm. What role do they want to play after it happens? Culler has seen some farmers continue to stay active within their operation, while others have a firm deadline of when they want to complete the transition. It’s important that farm owners come prepared with a wish list so there’s less confusion for the successor candidate about what to expect.

Culler has noticed that some of the best fits usually bring something extra to the table. Clients are looking for someone to take what they’ve built and grow it, instead of just maintain their operation. Candidates that stand out have experience in other areas or partnerships in other industries so there’s potential to diversify the existing operation, but the proper fit is also important. If a potential successor loves the livestock aspect of farming, but the owner wants the operation to remain focused on grain farming, there’s a misalignment in the farming they’re passionate about.

“We’re trying to really figure out what does that candidate want to do with their career and just make sure we’re not forcing a fit . . . That’s the worst thing you can do; ignore the signs or what the candidate is saying or what the client is saying. Those small details matter,” Culler says.

Keith Stoltz, owner of Agristaffing.com, has recently connected a 700-acre cash crop farm in Ontario with a potential successor. In this particular case, they advertised for a general operations manager with the opportunity for ownership after five years. Stoltz acknowledges it’s a difficult process: “Everyone is afraid that there won’t be a great fit.” It’s important for all involved to understand ownership isn’t going to happen overnight and finding out the long-term goals is crucial to ensuring benefit among both parties.

Sell the land
In another case Noble has worked on, the farm’s owners are parents in their early eighties with three adult children who haven’t farmed since high school. The farm has been in the family for five generations and the decision to sell the farm is wrapped up in emotion. However, Dad is starting to have some health issues and the family is feeling forced into making a decision.

“Mum and Dad have received probably, in the last 36 months, half a dozen offers to buy the farm – some from other farmers, some from real estate developers – but they just can’t bring themselves to sell it,” Noble shares. “Nobody likes that, because when you’re feeling under duress or being forced to do something, you typically feel like you’re not going to make the best decision possible.”

However, Noble says they have more options than they think. There are many different kinds of sales and there’s always an opportunity to negotiate with your buyer so the deal aligns with your own goals.

There are two ways to sell the land: An inside sale involves selling to one or more family members, employee(s), or a combination, and an outside sale means selling to another farmer, real estate developer or land bankers.

For this particular family, Noble is working on an outside sale and arrangement with the purchaser to let the parents stay in the farmhouse for as long as they’re able to stay. For any transaction, there’s flexibility to negotiate to stay on the land.

“That’s more likely to happen if it’s a real estate developer buying the land . . . they may buy up a farm today that they’re hoping to develop in a generation from now,” says Noble. “But if the farmer down the road or across the road buys the farm, it’s probably less likely, but not impossible, that that sort of thing can be negotiated, because they typically want the farm and the land because they’re going to farm it themselves.”

In this case, the family is feeling under pressure to make a decision and the conversation among the family has shifted toward weighing the available options. Noble shares that while they know they can get more money from the real estate developer, they want to see it remain a farm and would rather sell to a neighbour they know.

Knowing that the family wants to see the farm remain a farm solves a big part of the succession puzzle. When it comes to succession planning, it’s about planning with the end in mind.

“Without having those conversations, you probably think you have two choices: either you’ll drop dead one day on your farm . . . or you’ll sell the farm and have to leave,” Noble says. “There’s probably any number of things in between those two extreme options that might work out better.”

Noble advocates for strong, early and frequent communication among families in order to determine the best outcome for all involved and ensure a smooth transition. Even without a successor, there are plenty of options available that will see the farming operation continue, but it’s important to start exploring them sooner rather than later.