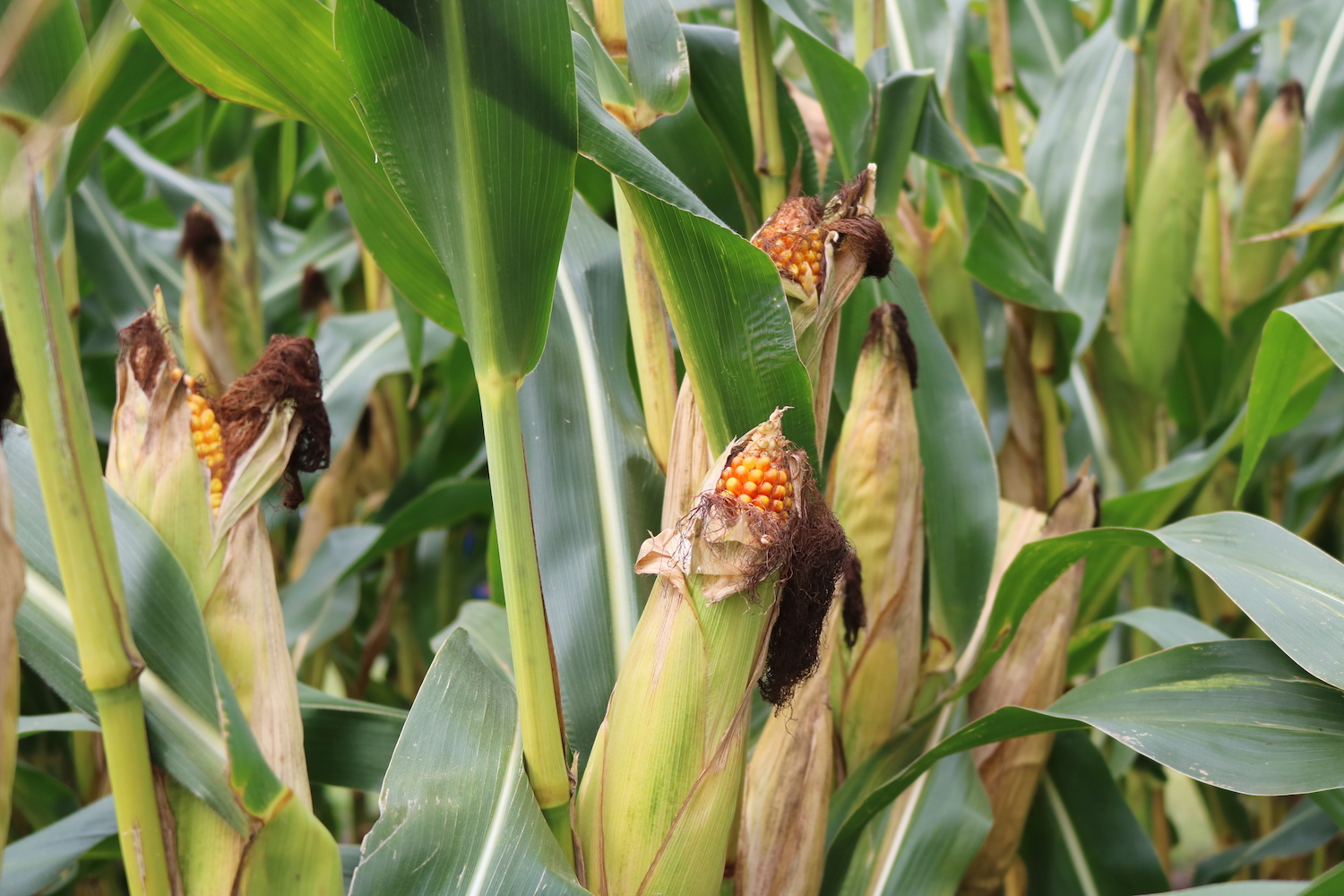 A new study out of the University of Guelph Ridgetown campus suggests there may be little benefit to early-season fungicide/herbicide combinations.

The practice has come into vogue in the last few years as an attempt to protect or boost corn yield while eliminating costs associated with a later-season pass over the field.

“There’s been interest in Ontario in adding a fungicide to your last in-crop application of glyphosate,” says Peter Sikkema, a professor of weed management, who co-led the study along with his colleague David Hooker, an associate professor in the department of plant agriculture at Ridgetown. “Our question was, ‘Is there value to doing this?’”

“Economically, the decision to add a fungicide to the last in-crop herbicide application would only be the cost of the fungicide itself. A $15 per acre investment in fungicide would require a three bushel per acre corn yield response to break even,” Hooker explains.

“Before this research was initiated, there was some evidence from elsewhere that showed significant corn responses to an early fungicide application at weed control timing. Growers asked for more third-party data to help them make more informed decisions.”

The study’s goal was to investigate corn response to each of six different fungicides applied with glyphosate at the V4 to V7 stage of corn development, and to assess whether the co-application of glyphosate and a fungicide caused any early-stage injury in corn.

The study, which was funded by the Grain Farmers of Ontario and Growing Forward 2, consisted of six field experiments conducted between 2014 and 2016.

Treatments were applied using manufacturers’ recommended rates and applied at the V4 to V7 stage in corn.

Corn injury was visually assessed at seven, 14, 21 and 28 days after application (DAA), and disease incidence and severity were visually estimated at 14, 28 and 56 DAA.

While corn injury at seven DAA was slightly higher for Roundup plus Twinline or Stratego compared with Roundup used alone, the other Roundup/fungicide combinations did not result in any increase in injury, and there was zero corn injury at 14, 21 and 28 DAA for all evaluated treatments.

In terms of disease severity, there was no difference among the treatments evaluated.

“At 28 DAA, the addition of Headline, Priaxor, Twinline, Stratego and Quilt to Roundup reduced disease incidence up to 19 per cent and disease severity up to four per cent compared with glyphosate alone,” note the authors of the study.

However, even though disease incidence decreased with the Roundup/fungicide combinations, there was no difference in corn yield, Hooker says.

“In general the study showed that fungicides reduced low levels of leaf disease in the crop canopies in all six field locations, but there were no grain yield responses to any fungicide applied with glyphosate as a tank mix around the V4 to V7 stage in corn,” he says.

While the evidence points to good control of early-season leaf diseases such as eyespot and Physoderma brown spot when fungicides are applied with Roundup at the V4 to V7 stage, Hooker says this control only lasts for a few weeks after application—meaning no protection extends to leaves in the upper part of the canopy, which are important for yield.

“This study and others show very little evidence of a positive return on investment for an early fungicide application at herbicide timing, mainly because foliar diseases are usually at low levels around this time, the activity of a fungicide does not last for very long, and the corn canopy is still early in development,” he says.

“Our data would suggest that when herbicides are applied at this stage, there just isn’t the level of disease pressure that would justify the fungicide,” Sikkema agrees.

Most research shows that the likelihood for economic returns increase when foliar fungicides are applied at silking, Hooker says.

“At silking, growers in Ontario need to consider a fungicide that controls foliar diseases, if warranted, but also with a focus on reducing ear moulds that produce mycotoxins,” he says.

A pass over the field at this time could also include an insecticide tank mix to control western bean cutworm larvae if necessary.