Has a century of breeding affected the nitrogen-fixation capacity of Ontario soybean varieties? 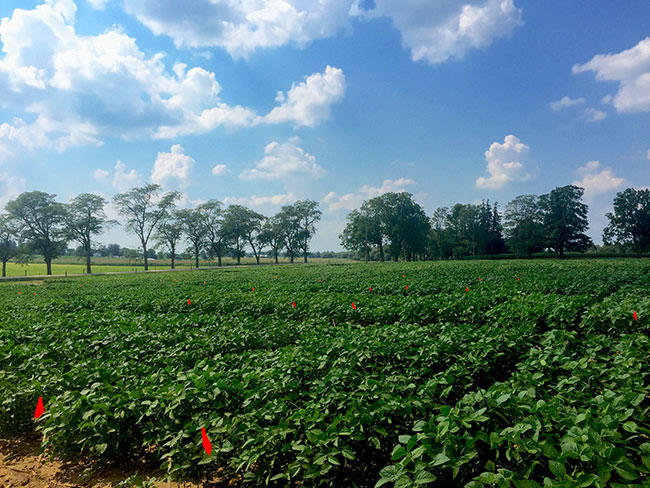 The study examined trends in nitrogen-fixation capacity of Ontario soybean varieties released from 1913 to 2015. Photos courtesy of Malinda Thilakarathna.

With high nitrogen (N) fertilizer prices and increasing environmental pressures to reduce N fertilizer use, crops that fix their own N have the potential to become even more important in our world. N fixation in legumes is a key research interest of Malinda Thilakarathna; some of his recent research results could help soybean breeding programs to improve N fixation in this crop.

“One of the fascinating features of soybeans is their ability to fix nitrogen through their symbiotic association with bacteria called rhizobia,” explains Thilakarathna, who is an assistant professor in plant-microbial interactions at the University of Alberta. “The plants produce structures called root nodules on their roots. The rhizobia living inside the root nodules fix atmospheric nitrogen. This nitrogen is converted into ammonium and then supplied to the plants to meet the plants’ nitrogen demands.”

N fixation across 100 years
A few years ago, when he was a postdoctoral researcher with Manish Raizada’s research group at the University of Guelph, Thilakarathna undertook a study to look at trends in N-fixation capacity of Ontario soybean varieties released from 1913 to 2015.

Although soybean is a relatively new crop in some parts of Canada, he notes that it has a fairly long history in southern Ontario, where it was introduced in 1881. Since then, Canadian public and private breeders have been helping to make soybean into the highly successful crop it is today.

According to Thilakarathna, modern public soybean breeding programs in Canada, like the breeding program at the University of Guelph, typically focus on traits like yield, seed oil content and quality, disease resistance, days to maturity, and lodging, and do not directly select for N-fixation capacity.

Nevertheless, N fixation is important to Ontario soybean production. “Ontario farmers usually do not apply nitrogen fertilizer to their soybeans. They rely on nitrogen fixation to supply much of the plant’s nitrogen needs, with the rest of the nitrogen coming from residual nitrogen in the soil,” he says. “However, soybean nitrogen-fixation capacity really varies depending on which variety is grown [as well as other factors].”

Reflecting Ontario soybean production practices, the Guelph breeding program is conducted without N fertilizer applications. So Thilakarathna wondered whether or not selecting breeding materials for high yields under these no-fertilizer conditions has resulted in indirect selection for good N-fixation capacity.

“We conducted this study to test if this breeding approach over the years has changed the nitrogen-fixation capacity in modern varieties.”

Thilakarathna’s study was a collaborative effort with Raizada, Istvan Rajcan and his Guelph breeding program, and Krzysztof Szczyglowski at Agriculture and Agri-Food Canada.

“The soybean cultivars that we selected for our study were chosen from a huge field trial led by Dr. Rajcan. His trial involved over 100 different soybean varieties and looked at yield and several other parameters,” Thilakarathna says. “We selected 19 historical cultivars, released between 1913 and 1985, and 25 modern cultivars from the Guelph breeding program, released between 1983 and 2015.”

The fieldwork for Thilakarathna’s study was conducted at the University of Guelph’s Woodstock Research Station in 2016 and 2017. The sampling took place during flowering-pod initiation (R1 to R3 growth stages).

“In soybean, close to 60 per cent of the seed nitrogen comes from the remobilization of the nitrogen reserves in the vegetative plant parts. And we think that nitrogen fixation, even during the early growth stages, also plays an important role in yield and protein production. Typically, nitrogen fixation rapidly increases during the R1 to R3 growth stages, and then peaks during pod-fill, R4 to R5,” he explains.

“For practical reasons, we chose to sample at R1 to R3. If we had waited until R4 to R5, the root system would have been really large, making it very difficult to uproot the entire plant. We needed the whole root system to make sure we got all the roots and nodules for our measurements.”

The study team collected data on the number of nodules, nodule dry weight, root dry weight and shoot dry weight. The shoot materials were analyzed using isotope-based methods to determine the proportion of N derived from the atmosphere in each variety, which is a measure of the variety’s N-fixation capacity. Then, the varieties were ranked based on their N-fixation capacity averaged over the two years.

Highlights of findings
“We found that, in general, across the two years, pre-pod-fill nitrogen-fixation capacity in the modern soybean varieties was either similar to or moderately higher than the historical varieties. So, we think there may be some indirect selection pressure to improve nitrogen fixation in modern soybean varieties,” Thilakarathna says.

The team also found significant differences in N fixation among all the varieties. Some historical varieties had high N fixation and some had low N fixation, as was also the case for the modern varieties.

These findings indicate that breeding programs could make greater improvements in nitrogen fixation in soybeans if this trait becomes a higher priority for stakeholders. “Soybean breeders could use the varieties we identified with high nitrogen-fixation capacity as parental lines for crossing in future breeding programs focusing on nitrogen fixation,” Thilakarathna adds.

Several funding agencies contributed towards this research. Thilakarathna’s postdoctoral position was supported by the Canadian International Food Security Research Fund, jointly funded by the International Development Research Centre and Global Affairs Canada, as well as by the Natural Sciences and Engineering Research Council of Canada (NSERC). Rajcan’s soybean variety field trials were supported by a Collaborative Research and Development grant from NSERC. 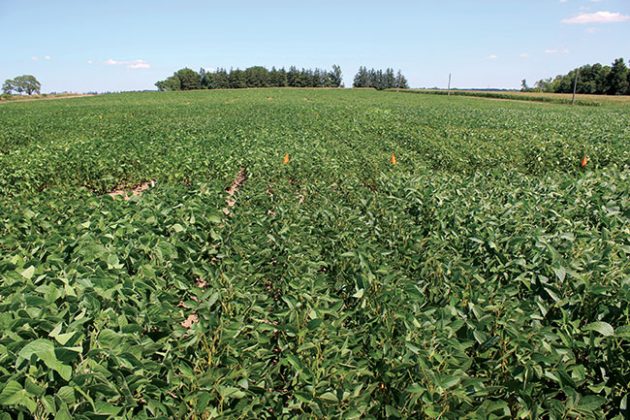 Modern public soybean breeding programs in Canada have typically focused on traits other than N-fixation capacity.

More research coming
These days, N fixation is one of the main research areas for Thilakarathna and his research group at his Plant-Microbe Lab at the University of Alberta.

For example, his first graduate student looked at N fixation in different soybean varieties grown under drought stress, which is another factor that affects N-fixation capacity in soybeans.

“For this study, we collaborated with Dr. François Belzile and Dr. Davoud Torkamaneh from Université Laval,” Thilakarathna says. “We received a diversity of short-season varieties from Dr. Belzile, and we evaluated 103 of these for nitrogen fixation under drought conditions because drought is becoming a major problem, especially in Western Canada.”

They identified some varieties that performed well under drought conditions, with high N fixation and high yields. As well, Thilakarathna notes, “We have found some interesting QTLs for nitrogen fixation, which will probably in the future contribute to soybean breeding programs focusing on nitrogen fixation.” QTLs, or quantitative trait loci, are locations along an organism’s genome that are associated with a particular trait. QTLs help in identifying genes controlling a trait and in developing DNA markers that breeders can use to quickly identify which plants carry those genes.

Thilakarathna and his group are also interested in below-ground N transfer from soybean to associated non-legumes within intercropping systems.

“Some legume crops release amino acids and other nitrogen compounds from their root system. This released nitrogen can be absorbed by the neighbouring non-legume plants in an intercropping situation. In this scenario, there may be potential to meet part of the nitrogen requirement of the non-legume crops, especially from soybean. We are planning to do some trials to examine that.”

He adds, “I think nitrogen fixation is a very timely, needed research priority because of the high fertilizer prices and concerns about the negative environmental impact associated with nitrogen fertilizer. Nitrogen fertilizer production requires a lot of energy, which is mainly supplied through burning fossil fuels, resulting in significant greenhouse gas emissions. As well, nitrogen fertilizer applications can contribute to nitrate leaching and possibly greenhouse gas emissions like nitrous oxide.” Improvements in nitrogen-fixation capacity in soybeans and other legumes could help towards a more sustainable future.