Features Agronomy Other Crops
New canola hybrids in the works

In less than four decades, the booming canola industry has emerged from experimental fields in the Prairies to gain significant ground in the world oilseed market. In the last 10 years alone, production has doubled, from seven million tonnes in 2002 to 14 million tonnes in 2011.

And canola shows no sign of slowing down its meteoric rise as a high-value crop for western Canadian farmers.

Since it was first developed, subsequent improvements – such as the introduction of hybrids – have produced canola varieties more resistant to disease, with improved crop yield, higher quality and shorter maturity. Bayer CropScience is one company that is working diligently to develop new and improved canola hybrids for its customers. One new product will be a sclerotinia-tolerant InVigor hybrid.

“Sclerotinia stem rot has become an important pest in Western Canada,” says Blaine Woycheshin, Bayer CropScience manager of oilseed crops. “In 2012 in particular, the disease has not only expanded geographically across the Prairies, but more significantly, has increased in severity levels in all growing areas. This is of particular concern to us, and with the release of our new sclerotinia-tolerant InVigor hybrid, we will offer growers an added defence to combat this disease.”

While Bayer plans to have the sclerotinia-tolerant hybrid available for sale in 2014 (registration pending), they intend to showcase the hybrid in various demonstration strip trials across the Prairies in the summer of 2013.

Bayer CropScience isn’t the first company to offer this particular trait to growers. DuPont Pioneer has marketed products with moderate resistance to sclerotinia.

“What we’re offering growers will be overall performance consistent with the InVigor yields that growers have come to expect; this will be the greatest benefit with this new hybrid,” says Woycheshin. “Plus the sclerotinia tolerance in this hybrid will offer a first line of defence against sclerotinia; it’s another tool in the grower’s toolbox.”

Another new trait coming in development from Bayer will be hybrids that better resist pod shatter. The company tested the hybrid across Western Canada in 2012, and plans to have hybrids available for sale in the 2014 growing season (pending registration).

“This new patented technology will offer growers the yield protection to delay swathing, or to possibly straight cut their canola,” notes Woycheshin.  “These hybrids could have a fit on every farm. Some growers might want to leave their canola in the field longer to achieve high yields or increase quality. Flexibility in harvest management is the key benefit for our growers.”

Innovation in InVigor is not limited to the launch of new traits. Bayer continues to strive to bring higher-yielding products to the marketplace to satisfy their growers’ needs, says Woycheshin. “With that in mind, we will be bringing two new mid-maturing InVigor hybrids into the marketplace for 2014 (registration pending),” he notes. “These hybrids offer growers between six and nine percent higher yields than current offerings in the marketplace.”

Also in 2014 or 2015, Bayer intends to launch a dual herbicide resistant InVigor hybrid that is resistant to both Liberty and Roundup herbicides. The aim is to offer growers greater flexibility in their weed control choices to combat weed resistance. The company is awaiting regulatory approval.

Woycheshin says Bayer’s focus is on its customers. “Over the last five years, I’ve bumped into many growers across the Prairies who’ve said that canola has kept them on the farm. The profitability they’re achieving from canola has been a significant contributor to the overall success of their farming operation.

“Technology has come a long way in the past five years,” adds Woycheshin. “But the development of these new and improved hybrids gives farmers the ability to keep on farming, to remain competitive in a global market and to continue to feed the world.” 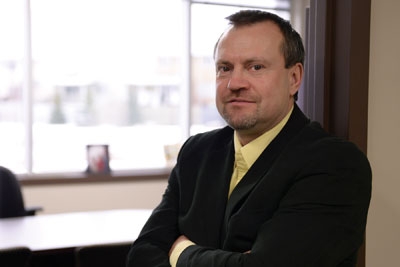