Here’s a look at new pulse varieties available as Certified seed in 2016 and beyond. This information comes from pulse crop plant breeders, seed companies and Saskatchewan Pulse Growers.

PEA
FP Genetics has a new yellow pea for commercial growers to seed in 2016. Also, at the University of Saskatchewan’s Crop Development Centre (CDC), plant breeder Tom Warkentin and his team are bringing several new varieties to market in 2016-2017 and beyond.

Maple:  CDC Blazer (3012-1LT) is a new maple pea variety with a lighter seed coat colour. It has higher yield than the other maple peas, similar to CDC Meadow, and seed size similar to CDC Rocket. Certified seed of CDC 3012-1LT will become available in 2018.

LENTIL
The CDC is the only lentil breeding institution in Canada, and is led by Bert Vandenberg.

Extra small red:  CDC Roxy (3959-6) is a new variety that was released to seed growers in 2014. It has plump seed and is consistently higher yielding than CDC Maxim (103 per cent). It is not imidazolinone tolerant. Seed supply for this variety will be limited but it is one to watch for and should be commercially available by 2018.

Small red:  CDC Cherie is a newer variety released in 2012 and is not imidazolinone tolerant, but it is high yielding (109 per cent of CDC Maxim). Commercial seed of CDC Cherie may be available for 2016 in limited supply.

CDC Impulse (IBC 479) is higher yielding, especially in the south (108 per cent of CDC Maxim), with slightly larger seed than CDC Maxim, as well as a bit taller and a bit later. It is imidazolinone tolerant.

CDC Proclaim (IBC 550) is another higher yielding small red that is imidazolinone tolerant.

CDC Redmoon (3646-4) is a new variety similar to CDC Maxim with thicker seed and higher yields and is not imidazolinone tolerant.

CDC Impulse and CDC Proclaim were released to seed growers in 2014 and CDC Redmoon in 2015 so Certified seed won’t be available for a few years.

Large green:  CDC Greenstar is a newer large green lentil that has high yield potential but is not imidazolinone tolerant. Seed supply may be limited for CDC Greenstar for 2016.

Small green:  CDC Kermit (3592-13) released in 2014 has seed similar to CDC Viceroy, better lodging, and yield is much higher than CDC Viceroy and CDC Maxim so far. Not imidazolinone tolerant. Limited seed may be available in 2017.

Kabuli:  CDC Palmer is a new variety released in 2014 and Certified seed may be available in limited amounts by 2016. CDC Palmer is a high yielding kabuli chickpea cultivar with medium large (9-10 mm) seed size. The seed of CDC Palmer is a light cream-beige colour with typical ram-head kabuli seed shape. It is earlier maturing than CDC Orion and moderately resistant to ascochyta blight. CDC Palmer is well adapted to all current chickpea growing regions of Brown and Dark Brown soil zones of southern Saskatchewan and southeastern Alberta.

Desi:  CDC Consul is a relatively new high yielding desi chickpea, and is an alternative to the production of small kabuli chickpea types. It has good resistance to ascochyta blight. CDC Consul is suited to all current chickpea growing regions of Brown (Area 1) and Dark Brown (Area 2) soil zones of southern Saskatchewan and southeastern Alberta. 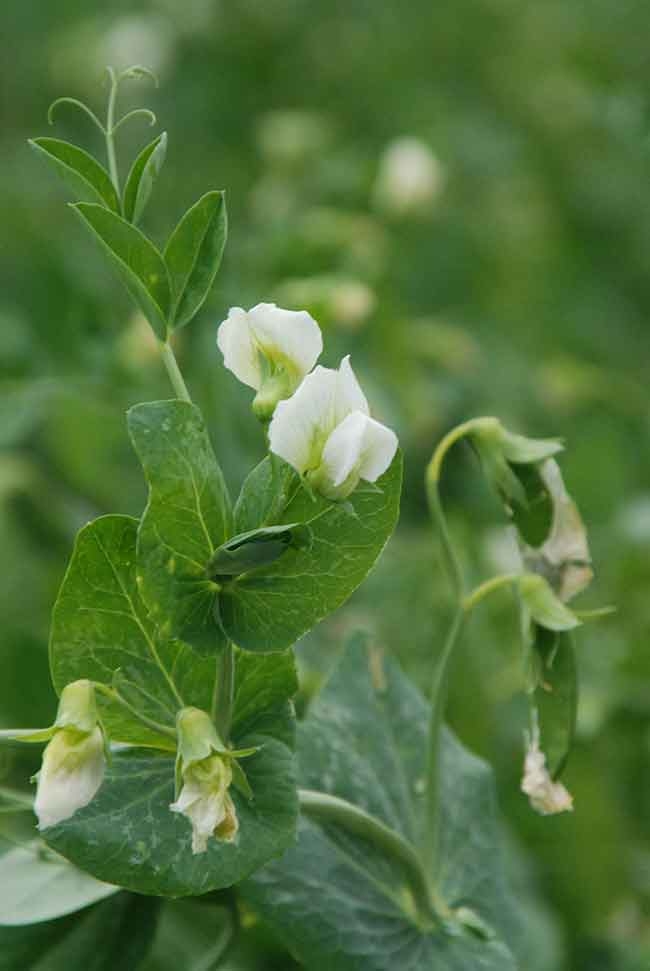 New Abarth yellow pea from FP Genetics provides growers with competitive yield. Here’s a look at new pulse varieties available as Certified seed in 2016 and beyond.