The specific fungal disease found in the state has had minimal impact on yield in other areas where it is endemic, including Mexico and Central America, and experts say no action is needed to manage it this late in the growing season.

"We are still determining the impact, if any, that the disease may have in Indiana," said Kiersten Wise and Gail Ruhl in an article published in the latest issue of Purdue's Pest and Crop online newsletter. "However, it is important to alert Extension specialists if you observe the disease to accurately document its distribution in the state."

The disease was diagnosed at the Purdue Plant and Pest Diagnostic Laboratory and confirmed last week by a U.S. Department of Agriculture national fungal identifier located in Beltsville Maryland.

Initial symptoms of tar spot are brownish lesions on the leaves. Black, spore-producing structures called ascomata appear later, protruding from the leaf surface and giving the leaf a rough or bumpy feel.

"The structures can densely cover the leaf and may resemble mature, black pustules present on leaves due to infection by rust fungi," the authors say. "Lesions with these ascomata may coalesce to cause large areas of blighted leaf tissue, which can be mistaken for saprophytic growth on dead leaf tissue."

Symptoms and signs of tar spot might also appear on leaf sheaths and husks.

"To date, only Phllachora maydis has been found in Indiana," according to the authors. "In areas where this disease is commonly found, infection by Phyllachora maydis is not considered to significantly impact yield, but infections by Monographella maydis can cause economic damage."

Wise and Ruhl said Purdue experts will work to determine how the disease got to Indiana and what steps need to be taken, if any, to prevent future outbreaks. 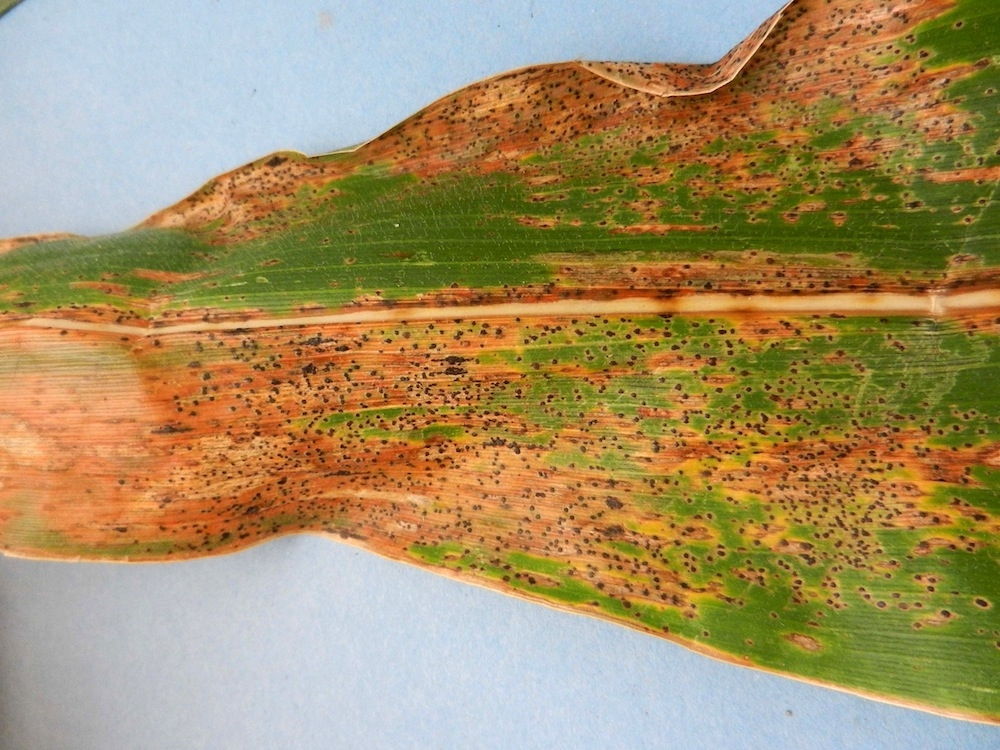