Keeping pace with the rapidly changing needs of the malt beverage value chain. 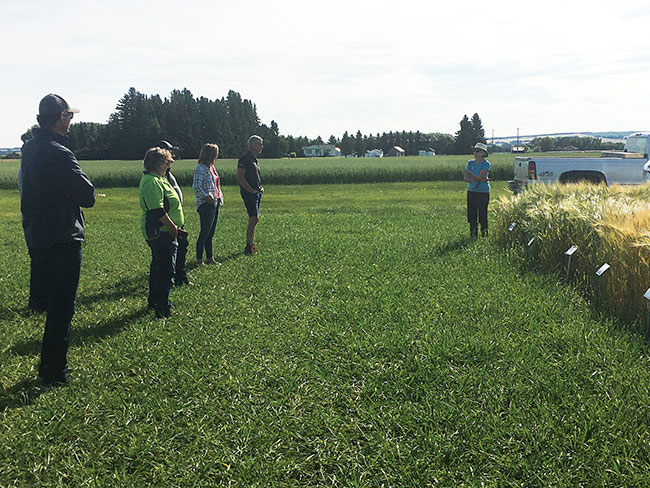 Pat Juskiw, who bred TR14617, kept the malting barley breeding program on top of new traits of importance to barley growers and end-users.

Along with ongoing advances in agronomic traits, the malting barley varieties released by the Field Crop Development Centre (FCDC) at Olds College in Alberta are meeting the increasingly diverse needs of the malt beverage industry. A key aspect of the centre’s malting breeding program is the addition of new market-driven specialty traits into its varieties.

“We get requests for new traits every day,” says FCDC barley breeder Dr. Flavio Capettini. “The malting, brewing and distilling industry is changing very quickly. For instance, as the domestic malting and brewing industry expands to include many small craft brewers and distillers, Canada has a very wide array of beer types that we didn’t have just a few years ago. And the international markets are changing too. Canada is a big exporter of malting barley and of malt processed in our country. We need improved barley varieties that meet the changing demands of these markets while also covering the needs of our farmers.”

With the centre’s move from Alberta Agriculture and Forestry to Olds College in January 2021, Capettini has become the new head of the FCDC’s malting barley breeding program. He emphasizes, “Dr. Pat Juskiw, who has been leading the malting barley program, is the one who has been on top of these new traits and guided the development of the varieties.”

The breeding program stays up to date on the latest traits by communicating and working with the industry.

Capettini summarizes, “We discuss our upcoming varieties with the seed companies. We communicate with the malting companies about new traits demanded by the market so we can start working on those traits. We have always worked closely with the large brewing companies, and now we are also working with the craft brewers to meet their needs. And they test our varieties so we can get feedback and know where to focus next.” He also notes that the move to Olds College has opened the door to collaborating with the college’s Brewmaster program on the testing of the FCDC’s advanced malting lines and varieties.

The FCDC is able to tap into top-notch genetic resources for new traits. “We have one of the most diverse barley breeding programs in Canada. We have a large base of germplasm with a wide range of genetic characteristics, and we also have a germplasm bank where we can seek traits in barley from around the world,” Capettini says.

“Although breeding takes time, we try to add these new traits to our breeding lines as quickly and efficiently as possible because it is fundamental to keep up with market needs.”

Molecular markers are one of the tools the FCDC uses for more efficient breeding. Markers allow breeding programs to quickly screen the DNA of breeding materials for specific traits, rather than having to grow the plants to see if the traits are expressed.

“We are always keeping our eyes open for new genes and markers for new traits that may become important to barley producers or end-users,” notes Dr. Jennifer Zantinge, the molecular geneticist who leads FCDC’s biotechnology group.

Canada’s first non-GN variety
The FCDC’s TR14617 is the first Canadian malting barley variety that is non-glycosidic nitrile (non-GN), a trait in high demand by the malt beverage industry these days.

Glycosidic nitrile can be produced by germinating barley seeds during the malting process. Zantinge explains that GN is an issue because it is a precursor to ethyl carbamate, a carcinogen. It is particularly a concern in malt whisky production. Malt with GN present will produce low levels of ethyl carbamate during fermentation, and if that is followed with distilling, the ethyl carbamate levels will be driven even higher.

“With the increasing diversification of the North American malt beverage industry, ethyl carbamate has become an important issue here, especially for malts intended for the production of
single malt whisky.”

Some countries with long histories of producing these types of beverages already have non-GN barley varieties.

The FCDC’s interest in the non-GN trait was sparked about five years ago. “At the time, Canada Malting Co. (GrainCorp) was already testing for GN. And Dr. Richard Joy, Canada Malting’s director of malting and technical services for North America, asked us if we had non-GN barley varieties,” Capettini says. “So we started looking for the trait in our germplasm.”

As it turned out, the centre already had some non-GN barley lines.

“After reviewing FCDC barley pedigrees, we found that FCDC breeders had already incorporated varieties with the non-GN genotype as parents. Our biotechnology lab then identified advanced
barley lines with a parent carrying that non-GN gene variant. Then we used genetic sequence information to design and apply molecular markers to screen those lines for the variant. Once we had identified the lines with that variant, we did a chemistry test to confirm that GN was not produced in the germinating seeds,” Zantinge explains.

“We found several of the FCDC’s advanced barley lines that are non-GN and that have good malt quality and the potential to serve as new dual brewing and distilling non-GN varieties.”

One of those lines is TR14617, a two-row, hulled malting barley. TR14617 has many good traits and was approved for registration even before it was known to be non-GN.

“TR14617 is early maturing. It has higher yields similar to CDC Copeland. It has good straw strength, so it has good lodging resistance. It has intermediate resistance to Fusarium head blight and good resistance to smuts and the spot form of net blotch,” Zantinge says. Plus, TR14617 has a set of good malting quality characteristics that are similar to those in CDC Copeland and AC Metcalfe.

“Now, with the discovery of this non-GN trait, we are increasing seed for TR14617 for a commercial malt house plant-scale testing in collaboration with the industry. We expect to have that line offered for commercialization soon,” Capettini notes.

Zantinge agrees. “Worldwide, the direction for breeding for malt varieties is turning away from GN-producing varieties. In the UK, no more GN varieties are being approved for malt.”

The FCDC’s breeding pipeline has several other advanced non-GN malting lines, so enhanced varieties with the non-GN trait could be on the way after TR14617. 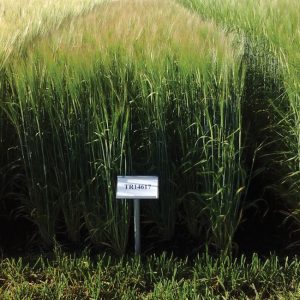 The FCDC’s TR14617 is the first Canadian malting barley variety that is non-glycosidic nitrile (non-GN), a trait in high demand by the malt beverage industry. all Photos courtesy of FCDC. 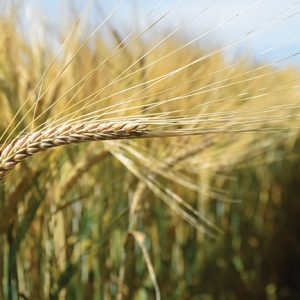 Along with the non-GN trait, TR14617 has many other good agronomic and malting quality traits. 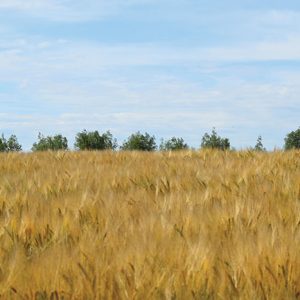 The FCDC is increasing seed for TR14617 for plant-scale testing in a commercial malt house, in collaboration with the industry.

Low-LOX and LOX-less lines
Another example of a new trait in the FCDC’s pipeline is the low-LOX or LOX-less trait. LOX is short for lipoxygenase, an enzyme naturally present in barley. LOX can contribute to beer going stale.

“One of the challenges a brewery must deal with is maintaining the freshness of beer flavour. After beer is bottled and stored, there is a risk over time that it will develop off-flavours caused by oxidation,” Zantinge explains. LOX is thought to be important in the generation of off-flavours described as ‘papery’ or ‘wet cardboard’ – not a taste that beer drinkers are looking for.

Therefore, malting barley breeders want to knock out or knock down the gene responsible for producing LOX.

However, the FCDC didn’t have any low-LOX or LOX-less lines in its barley germplasm resources. So it decided to collaborate with InnoTech Alberta to use mutation breeding to develop these variants; the FCDC already had a mutation program with InnoTech to develop agronomic traits.

Mutation breeding involves exposing seeds to a treatment that results in spontaneous mutations. Mutated plants with traits of interest can then be crossed into elite breeding lines.

The mutation program produced new genetic lines with LOX-less and low-LOX variants. “Pat Juskiw screened these lines and found one line that had pretty good yields. We then used this low-LOX line to cross into our elite malt lines,” Zantinge notes.

Zantinge’s group has sequenced the LOX gene and is able to screen germplasm to look for variations in the sequence. They are in the process of developing markers and chemistry tests to identify lines carrying the low-LOX variant, so they will be able to follow the trait through the lines that Capettini is breeding.

“It is really important for barley producers to have high quality malting varieties that can compete internationally,” Zantinge concludes.

“The FCDC has a strong breeding program with good malting quality combined with good disease resistance packages. Adding speciality traits such as non-GN or LOX-less will provide premium malt for high quality beverages.”

“Our advances in other traits are also continuing. For example, we are working closely with industry to develop barley varieties that have better flavour for specific types of beer or malt whisky,” Capettini notes.

“More than ever, we have to be very integrated in the malting barley value chain. We are ready to respond to the industry’s needs for other new traits, and we expect to continue developing great malting barley varieties.”