Bumblebees are less able to start colonies when exposed to a common neonicotinoid pesticide, according to a new University of Guelph study. 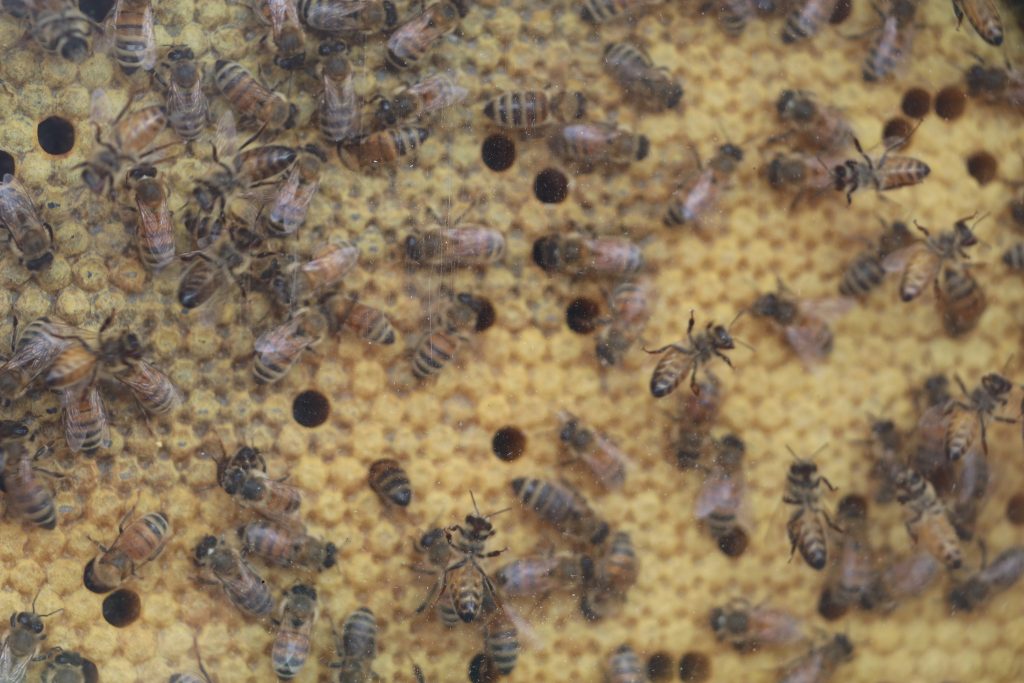 Nigel Raine, a professor with the university’s School of Environmental Sciences, discovered exposure to thiamethoxam reduces the chances of a bumblebee queen starting a new colony by more than one-quarter.

“Bumblebee queens that were exposed to the neonicotinoid were 26 per cent less likely to lay eggs to start a colony,” said Raine, who also holds the Rebanks Family Chair in Pollinator Conservation. “A reduction this big in the ability of queens to start new colonies significantly increases the chances that wild populations could go extinct.”

The study, published this week in the journal Nature Ecology & Evolution, was conducted with Gemma Baron, Vincent Jansen and Mark Brown from Royal Holloway University of London.

Neonicotinoids are among factors contributing to the decline of bees and are currently being phased out or restricted in a number of countries, including Canada.

The researchers examined the impacts of exposing the queen bumblebees to thiamethoxam in spring when they emerge from hibernation and are preparing to lay their first eggs and establish a colony.

“Given the vital role spring queens have in maintaining bumblebee populations, we decided to focus on assessing the impacts at this stage in the life cycle,” Raine said. “These spring queens represent the next generation of bumblebee colonies.”

The researchers exposed more than 300 queen bees to environmental stressors common in the field, including parasite infections. Roughly half of the queen bees that successfully emerged from hibernation were then fed syrup treated with pesticide at levels similar to those found in wild pollen and nectar for two weeks. The researchers then recorded the bees’ egg-laying behaviour and mortality rates for at least another 10 weeks.

“We observed the queens to see whether low level pesticide exposure might lead to changes in these important nesting behaviours,” Raine said. “When a queen is going to set up a colony, she will secrete wax and form it into containers for nectar and pollen. She will then begin to lay her eggs and sit on them like a bird.”

The queens exposed to pesticides were less likely to start colonies. Using a mathematical model, the researchers found that a 26 per cent decline could threaten extinction of wild bumblebee populations.

“This study shows that neonicotinoids could be having a devastating effect on wild bumblebee populations,” Raine said. “We urgently need to know more about how pesticides could be affecting other species to make informed decisions about the risks associated with using these chemicals.”