What and when it is planted becomes the issue. 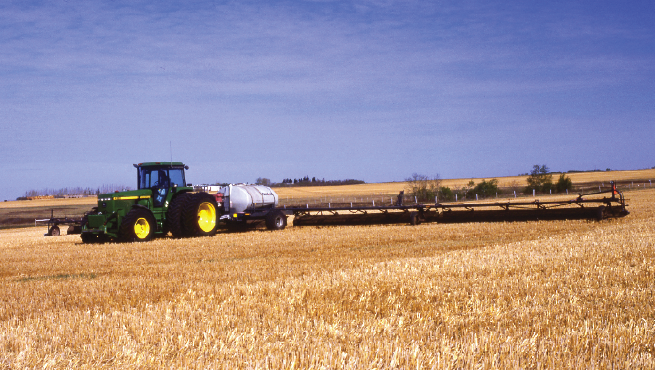 Weather conditions have pushed convention to the extreme during the latter stages of both 2006 and 2007. In the autumn of 2006, wet weather kept most growers from planting their winter wheat, only to replace those acres with corn the following spring. In the autumn of 2007, pricing and planting logistics had more of an impact on growers’ decisions. Would early-planted wheat be a problem? What about wheat on corn or wheat on wheat?

Cephalosporium stripe affects wheat in areas with continuous wheat or a wheat-soybeans rotation and can have a devastating impact on yields.  Photo Courtesy Of Albert Tenuta, OMAFRA

For years, convention has dictated that growers maintain their rotations. Corn followed by soybeans then wheat was the standard, with perhaps an edible bean crop or a forage blended in, depending on the demands of each farm. Yet in the 2000s, genetics are advanced, newer and improved fungicides are available and conventional thinking is being challenged. An example is corn on corn which has become more accepted or less maligned, largely due to improved genetics and better seed treatments.

Much the same may be true for winter wheat.

By late October of 2007, much of the winter wheat crop in Ontario was well established, with many fields planted before September 10. The lush early growth combined with ideal weather conditions allowed for the development of powdery mildew, septoria and rust in some fields, prompting alarmed reactions by some. For Peter Johnson, there was no real surprise that it happened. Growers, not wanting a repeat of late 2006 when rains kept them from planting wheat, headed to the field as soon as their soybeans or edible beans were harvested.

“Was some of this wheat planted too early? Maybe,” says Johnson, the cereal specialist for the Ontario Ministry of Agriculture, Food and Rural Affairs. “I don’t think we can answer that for sure until we see what it yields in 2008, or how it survives the winter. It’s not just the mildew and septoria that we see out there, it’s the things we can’t see: the barley yellow dwarf virus, the Hessian fly, the potential for snow mould, those are the three things that could really impact our yields.” 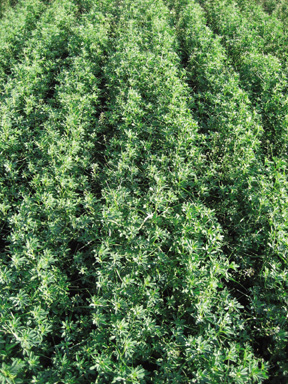 Timing on disease and physiology differ
From a disease perspective, the mildew and septoria problems are not significant enough to have a great impact on yield. Johnson notes that volunteer wheat, which equates to wheat planted in mid August, becomes quite lush in the fall, yet seldom falls victim to winter kill. Besides, says Johnson, the timing of the plant’s development is different in the fall than in the spring. “With early season corn or early season soybeans at that same stage, they are setting yield potential, they’re forming the cobs or building the soybean factory,” details Johnson. “But winter wheat does not set the head inside the plant until it has vernalized during the course of the winter. All it’s doing in the fall is building root reserves.”

Newer fungicides are coming to market in the near future, building on the success of popular agents like prothioconazole (Proline) and tebuconazole (Folicur).

In fact, a plant that is large may have a lot of mildew and that could slow the accumulation of photosynthate in the crown. Yet there is already a huge reserve in the crown, as evidenced by its larger size. “If I think of the physiology of the wheat plant, I see the impact of mildew during the fall as pretty minimal,” adds Johnson, “as long as the mildew doesn’t come in on the 15th of September and rob all of the root reserves that I’ve already built.”

The other disease and pest threats to early planting, barley yellow dwarf virus, Hessian fly and snow mould, are all issues that can have a greater impact on yield. Yet planting after October 1 all but eliminates these threats.

Fight it or try it
Instead of trying to dissuade growers from early planting or wheat on corn, Johnson advises growers to be aware of the relative risks of powdery mildew and septoria. “Sure you’d be at higher risk with early planting, but we have enough inoculum out there in every field to get it every year,” he relates. Again, the important thing is risk assessment. “Is it the risk of planting on September 5 and having bigger wheat than we normally would like to have going into the winter, or the risk of waiting and it starting to rain September 20 and never getting the wheat in the ground or planting it on November 15?”

Given the management tools and improved genetics bred into the seed, early planting might be the lesser risk.

The same is true with wheat on corn. For years, the major concern has been the potential for fusarium head blight.

However, holding to that convention has changed, thanks again to improved genetics, including a moderately
resistant (MR) rating for fusarium. “Plus we have Proline now and other good products will be available,” says Johnson, who pushed insurers to allow wheat on corn, provided growers use an MR variety and apply a fungicide.

“In fact, I would say a grower needs to spray regardless of what the DONcast web site says, that if you’re going to take the risk of fusarium with wheat after corn, you plant the MR variety and you spray with Proline, and that some tillage on seed corn or on sweet corn ground should be considered.”

Wheat on wheat is riskier If wheat on corn represents a manageable risk to Johnson, wheat on wheat presents sizeable issues that have few if any management options for mitigating that risk, including Take-all, eye spot and cephalosporium stripe. Take-all is considered the number one disease worldwide, with a devastating effect on yield. Appropriately named, the disease ‘takes all’ of the wheat kernel, with empty bleached heads and yields drastically reduced. Cephalosporium is well known in Essex County, where repeated wheat-soybean rotations have been a standard. 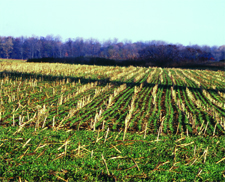 “Where a grower plants wheat and then soybeans, there’s volunteer wheat in the fall and he goes out and kills that wheat with glyphosate on the 15th of May, about a week before he plants soybeans,” explains Johnson. “Then he’s back out planting wheat on September 30 or October 5, so he has that wheat residue from May 15 still on the soil surface and it’s almost like a wheat on wheat rotation.”

Wheat planted to corn is not the same issue it was in the 1990s or before, mostly due to practices and chemistries that can help mitigate the risk.

It is where wheat’s frequency in the rotation increases that cephalosporium stripe flourishes. The more wheat in the rotation, the more likely a grower will also see spindle streak mosaic virus, soilborne mosaic virus and wheat streak virus. Although these other viral infections are not responsible for extensive yield loss, cephalosporium stripe can drop yields dramatically.

“I’ve seen severely infected wheat fields in Essex County that ran 25bu/ac when everything else down there with a much better rotation was running 75 to 80 bushels per acre,” says Johnson.

Good news still available
There are some positives that can be taken from this discussion, too. Wheat growers may be facing more management challenges, more options and threats, yet these come at a time when wheat is finally gaining a more favourable standing. No longer is it the weak rotational crop it was through the 1990s. It has stability, it can generate revenue and profit, and most of these diseases come with management tools.

Albert Tenuta sees creating awareness as a very good thing, no matter how panicked the warnings about septoria and mildew may seem to be. “These points are all good and they’re made with the intent of trying to get growers to look at their wheat. Whether they do it themselves or hire somebody to look at their fields for them, they need to assess them before the crop goes into the winter,” says Tenuta, field crops pathologist with the Ontario Ministry of Agriculture, Food and Rural Affairs. “And it’s critical, particularly for those fields where it’s wheat on corn or wheat on wheat, to get out there as soon as possible in the spring and start looking at it.”

Since wheat is deriving higher prices, Tenuta also cautions against getting too emotionally attached to a field that may not be coming out of winter in the best condition. “When you’re reassessing these and other wheat fields, be very observant in the spring and be objective,” he urges. “Don’t be too attached to that wheat crop; if you have to pull the trigger on it in the spring due to winter losses, do your homework first before pulling the trigger.”

Both Johnson and Tenuta point out one method of determining wheat’s status in the spring: look for new white root growth to determine whether it is coming out of dormancy. “And don’t just look once for white roots because it isn’t enough,” says Tenuta. “Unless that growth is there 100 percent, you should be looking more than once, just to make sure. Remember, once is inspection, twice is an assessment.”


Related
Intercropping wheat and soybeans: an intriguing gamble
Heeding the lessons of 2008
New mildew visual guides and standards for western milling wheat
Reducing lodging and getting the most out of your ‘big’ wheat