The 2015 Wheat Midge Forecast identified very high populations of wheat midge, particularly in southeastern Saskatchewan and extending north into the east-central region of the province. Last year's above-average moisture conditions have favoured wheat midge, resulting in several localized areas of high populations of this insect pest in some regions of the province.

Early to mid-July is normally the peak period for wheat midge emergence in Saskatchewan. However, both temperature and precipitation play key roles in the wheat midge life cycle. A critical amount of accumulated heat units are required for the adult midge flies to complete development and emerge from the soil. Wet soils have a cooling effect and will generally result in the wheat midge flies emerging later than expected. Low precipitation (less than 22 mm prior to the end of May) can delay and extend the period of midge emergence.

To determine midge populations and, if necessary, timing of an insecticide application, growers are urged to monitor conventional wheat fields when they are susceptible to wheat midge egg-laying -- when the wheat head becomes visible as the boot splits until mid-flowering. Regular field scouting on multiple nights in succession is important to understand wheat midge population changes in a particular field. Temperature and wind conditions significantly influence egg-laying by the adult female midge. High temperatures and high winds tend to reduce egg-laying.

Monitoring for wheat midge should be done in the evening as temperatures cool. For conventional wheat varieties, an insecticide application is recommended when the crop is heading and adult midge density is one midge per four to five wheat heads. To maintain optimum grade, insecticide should be used when the adult midge population reaches one per eight to 10 wheat heads. A late insecticide application should be avoided, as it is not cost-effective and will have a negative impact on wheat midge parasites that are still active. 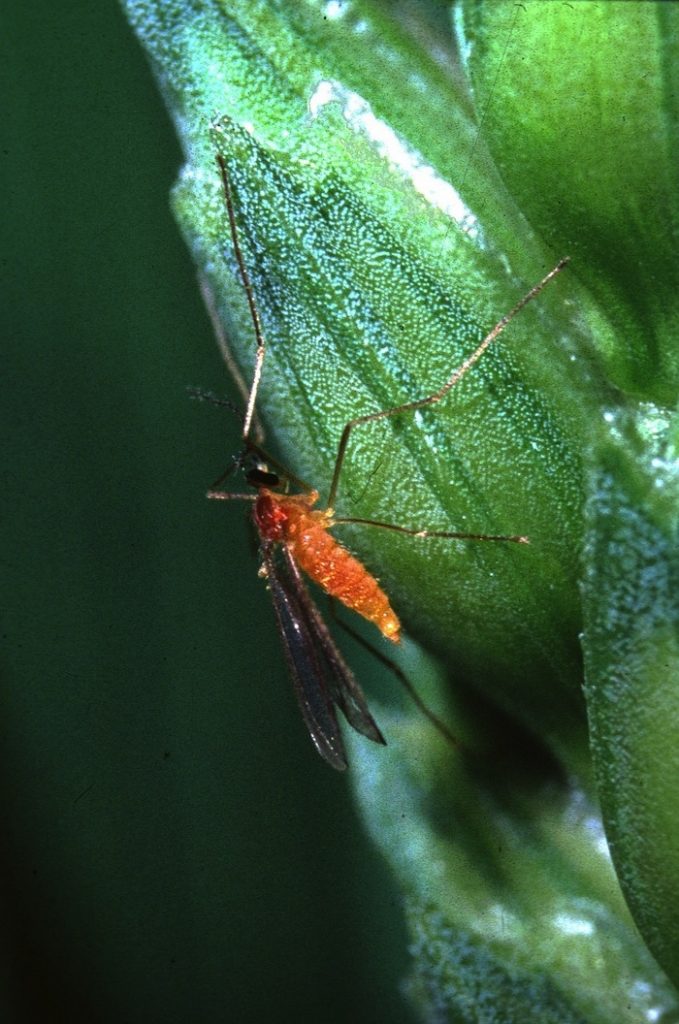 Very high populations of wheat midge are expected this year in Saskatchewan.