“Local producers are challenged to access this market due to western production of hard wheat even though, at times, local mills have trouble accessing enough hard wheat for their operations,” says Gavin Humphreys, a research scientist with AAFC’s winter wheat breeding and genetics program, who is building on research conducted by Radhey Pandeya from 1992 to 2012 and Judith Frégeau-Ried from 2012 to 2014.

The current program led by Humphreys is supported through the wheat cluster with funding from Grain Farmers of Ontario, Western Grains Research Foundation and AAFC. It involves three components: breeding, disease screening and lab work.

“In addition to the field screening, in collaboration with Dr. Barbara Blackwell at ECORC, we can screen promising new winter wheat lines for their mycotoxin levels,” Humphreys says. “It is critical that we know not only the Fusarium head blight disease symptom but also the mycotoxin levels because lines with low Fusarium head blight symptoms can sometimes still have high mycotoxin.

“This resource will be used in concert with molecular markers in the winter wheat breeding program to screen parents and doubled haploid lines for molecular markers linked to desirable traits such as plant height, leaf rust, stem rust and powdery mildew resistance,” Humphreys says. “In this we can produce double haploid populations that are pre-selected for the desired traits.”

Moving forward
Humphreys says the research is really just getting started because the hard red winter wheat program is new at ECORC.

In addition to FHB resistance, which the researchers can select in their FHB screening nursery, Humphreys’ program will look to develop varieties with both high grain yield and high harvest index through the development of shorter strawed varieties.

This research will have benefits over supplying the local milling companies with high quality winter wheat. Winter wheat is also an important component in crop rotation, but Humphreys says producers are challenged due to the lower yields and value of wheat compared to soybeans or corn. 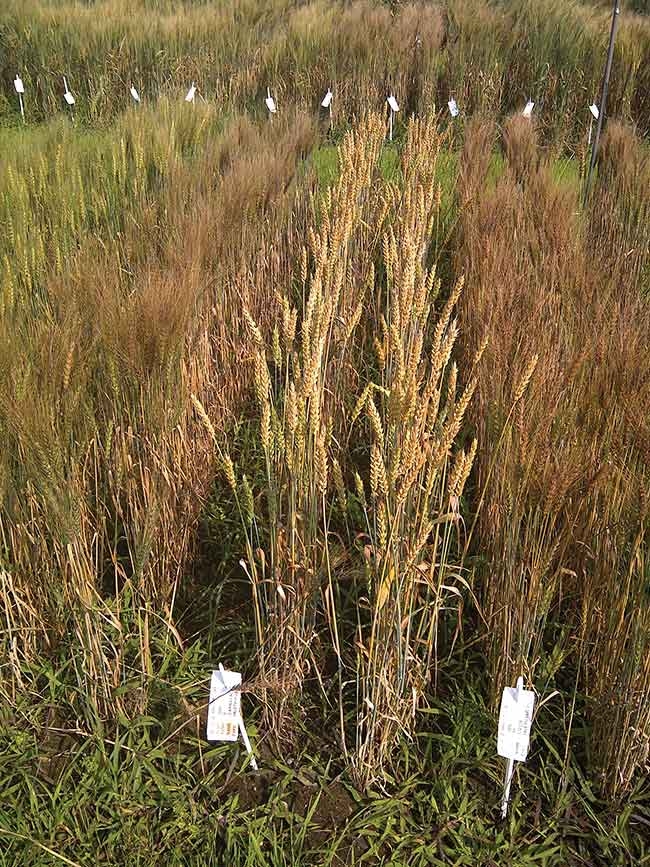