Agriculture and Agri-Food Canada scientists have embarked on a large-scale soil mapping initiative aimed at unearthing new knowledge about microbial life, chemistry and processes in the ground beneath farmers’ fields. 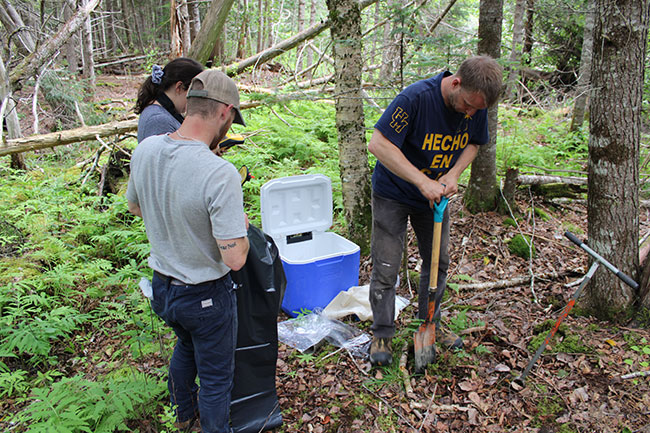 Claudia Goyer considers soil to be one of the last frontiers. Goyer, an Agriculture and Agri-Food Canada (AAFC) research scientist who’s an expert on soil microbial ecology, says that’s because there is still a great deal of mystery around the microbiology within soil.

This is changing, thanks to new technologies like next-
generation sequencing, which are enabling researchers like Goyer to get a much more complete picture of biological diversity in the soil.

“We can now really do an in-depth study of the microbes to understand what’s there in the soil and what are they doing,” she says. “This is a resource we can really tap into . . . I think there’s a lot of promise that soil microbiology offers in terms of helping agriculture.”

Louis-Pierre Comeau, Goyer’s colleague and a soil scientist at the AAFC Fredericton Research and Development Centre in New Brunswick, agrees. He says microbial biodiversity and soil health are central to soil fertility and crop productivity, but he notes the determining factors that influence soil biodiversity and health aren’t yet fully understood.

“There is still so much we don’t know about what’s happening in the soil, and how processes and life at the micro-level are influencing the way our soils function,” Comeau says.

Since 2019, Comeau and Goyer have been co-leading a large project aimed at shedding new light on the subject by mapping the distribution of microbial diversity on a wide spatial scale, a field known as microbial biogeography.

In addition to Goyer’s project in Atlantic Canada, another initiative led by Frank Stefani, an AAFC research scientist in Ottawa, is mapping soils in parts of Quebec and Ontario. The long-term goal is to map soils across the country.

To develop the maps, researchers are evaluating the diversity and abundance of soil microbial communities and their relationships with soil health and land use and management practices. Soil organic matter characteristics and soil functions are also being assessed in an effort to better understand the ecological processes that influence microbial distribution in the soil.

The microbiology includes fungi, bacteria, nematodes, micro-arthropods, mycorrhiza and enzymes. Some of the properties being assessed through a wide range or soil tests and measurements are soil type and texture, soil moisture, pH, soil carbon levels, soil organic matter fractions, and nitrogen and other nutrient levels.

Most of the research focuses on the first 15 centimetres of the soil, where most of the micro-organisms are found. Samples are also being taken at depths of 15- to 30-centimetres to measure certain processes, such as how carbon moves through the soil. 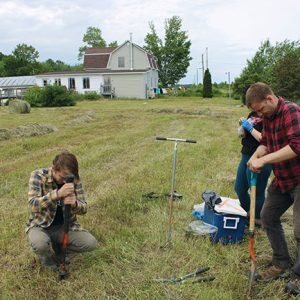 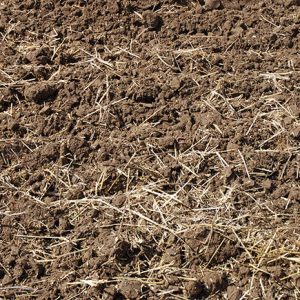 An AAFC project aims to map the distribution of microbial diversity in soil. Soil organic matter characteristics and soil functions are some of the several factors being evaluated as part of the study. Photo by Top Crop Manager.

AAFC researchers and summer students have collected hundreds of soil samples from croplands, pasturelands, forests and wetlands in the survey areas. “We want to see how those different environments influence the microbes,” Goyer says. “We’re also looking at how soil properties are changing, and if can we see any correlation with the diversity of the organisms from the microbial community.”

So far, more than 250 samples have been in gathered in New Brunswick, Prince Edward Island and the Gaspé region of Quebec. There are plans to collect hundreds more samples in Nova Scotia and Newfoundland in summer 2021 and then in Labrador and northern Quebec in 2022.

“We are covering a huge amount of land,” Comeau says, noting all of the sampling points are selected through an artificial intelligence smart sampling technique that uses an algorithm to ensure that every type of soil, agricultural setting, landscape feature and climatic region is represented within the four Atlantic provinces and the Gaspé area in Quebec.

“We aim to cover all type of crops and farms in the region,” Comeau says, adding this is a departure from traditional research that would normally focuses on one type of crop or farming operation.

Comeau explains the more inclusive approach was chosen so that the soil biodiversity and soil carbon level results for farmland could be extrapolated broadly and also compared to natural forest and wetland ecosystems that are included in the study.

Comeau says by providing scientists with a detailed view of the health and diversity of the soils in this area of Canada, the maps of the “soil universe” will benefit future research and eventually lead to recommendations for farmers for enhancing soil health and increasing crop productivity.

Goyer believes the soil maps will help illustrate how soil biodiversity is changing across Canada and also aid in the development of biomarkers, or biological indicators, that be used to assess whether a soil is healthy or not.

In addition, Goyer is hopeful that a clearer understanding of the soil microbiome and how micro-organisms work together will lead to improvements in biological products like inoculants, adjuvants and bio-fertilizers that can help farmers protect and boost food production, as well as reduce their dependence on chemical inputs.

“We can use the soil microbes basically to produce better food and with less impact on the environment,” she says.