New compounds to control  weeds, insects or diseases are an important part of developing new pesticides, but the formulation and packaging are almost as important to the success of crop protection products. 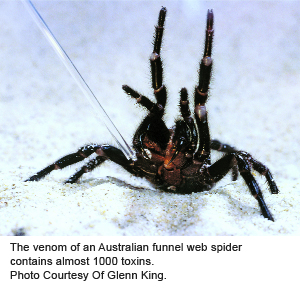 The ideal chemical would kill or divert only the species that is interfering with cropping ambitions, leaving the crop, people using it, the farmer and the environment unaffected. For people outside the pesticide industry, this is a vague notion, but companies that develop pesticides adopt this goal along with their commercial ambitions every time they propose a new product.

These days, companies have some exciting new materials to put into their products. Natural materials, like Bt, the toxin produced by various strains of Bacillus thuringensis, are less hazardous to the environment. And crops can be modified to produce them, providing the perfect targetting system: the toxin affects only insects that eat the crop.

Bt is a bacterium that forms spores and protein crystals. In the insect’s mid-gut alkaline environment, the crystals dissolve and are digested to form a toxin, which binds to the gut lining to create holes that allow leakage. The gut stops working, its pH drops and bacterial spores germinate, leading to septicemia.

To target specific groups of insects, scientists select a strain of Bt that affects that class. They may modify the crop to produce Bt toxin in roots or other parts of plants. Bt carries some risks, including development of resistance among insect pests. This is most likely in the developing world where farmers do not plant refugia to support unexposed insect populations.

Another problem is that eliminating a pest can allow other insects to increase. Farmers in Egypt are spraying their Bt cotton as often as weekly to control insects that were not considered pests before Bt crops.

Other natural pesticides are being developed. Spinosad, the active ingredient in Dow AgroScience’s Success, is prepared from bacteria discovered in an abandoned rum distillery in the Caribbean. It is mainly used in greenhouses and on lawns, and works on contact and via the gut, but affects some predatory beneficial insects less than feeding pests. It has a unique mode of action, exciting the nervous system and causing paralysis.

Fruit fly can be so devastating it is a quarantine pest in many countries.

Baits containing Spinosad controlled an outbreak of the fly in San Diego County, California, which has one of the world’s highest concentrations of organic fruit farms. Because Spinosad is a natural product, its use is allowed on organic crops.

Glenn King of the University of Connecticut Health Center is developing insecticides from the venom of an Australian funnel web spider, which includes almost 1000 toxins that affect insects but not mammals. Although the funnel web spider is one of only four spider families that can be deadly to humans, King chose this venom because it is known to be potent enough to kill cotton boll worm. Only one of the toxins is a human health hazard. “Spiders are one of the oldest animal classes on earth,” says King. “They’ve had a lot of time to evolve into perfect insect killers.”

The toxins are small peptides, sub-units of proteins, which act via the gut and are particularly active against lepidoptera (moths and butterflies), ticks and mosquitoes. They are resistant to harsh solvents, acid, alkali and heat: good qualities for pesticides.

King has found one of the toxins has two modes of action that target different sites, but work together. This makes resistance unlikely, as an insect would have to develop two beneficial mutations simultaneously. The compound can be produced in bacteria and sprayed over a crop, but affects all insects. Scientists working with King have modified tobacco, which is a useful test plant, to produce the toxin. Cotton boll worm and Egyptian armyworm larvae died within 48 hours of being placed on the plant. Scientists are now working on transferring the toxin genes to soybeans.

Rather than kill insects, some pest control modes reduce larvae numbers by diverting males from their mating plans by releasing pheromones, the sexual attractants produced by females. These are unique to each insect species. For broad spectrum products, companies work hard to minimize effects on anything but the target pest, screening fungicides against beneficial insects, working with specialists to understand the ecology of fields and orchards.

There is also unique technology in every jug.

“Formulation is a science all on its own, with a huge impact on product performance,” says Wayne Barton, manager of research and commercialization at BASF Canada. A good formulation can move the active ingredient into the plant, move it into the plant more quickly, thus helping it control a fungal pathogen, make it stick to the plant to improve rainfastness, or allow lower rates, cutting the load on the environment.

Formulation innovations can improve pesticide handling qualities. BASF uses micro-capsules technology for its Prowl corn herbicide to reduce its smell, prevent it from staining equipment
and improve its performance. Micro-capsules are used in many pesticides to avoid exposing people to the pesticide while handling, and occasionally to disperse chemicals in water rather than synthetic solvents.

Sometimes, crop chemicals need surfactants to be added just before application. “We do things that seem minor, like using a lid that doubles as a measuring tool to help ensure the product is measured and mixed accurately,” says Barton. “Accurate measurement is even more important with the new low rate products.”

Rates for some new chemicals are just a few grams per acre. BASF has packed one such product in water soluble pouches that are tossed into the sprayer tank. The package helps to reduce handling requirements and dusting. Packaging includes everything from 40 acre jugs to 1000 acre mini-bulk containers. “It sounds simple,” says Barton, “but each container has to be designed for the viscosity of its product and other considerations.”

To Barton, what some might consider minor conveniences are vital to BASF’s role. “We have to do everything we can to make safe, simple products that perform consistently. Farmers have to be businessmen, not just agronomists, and they have more important things to do than worry about weed control.”