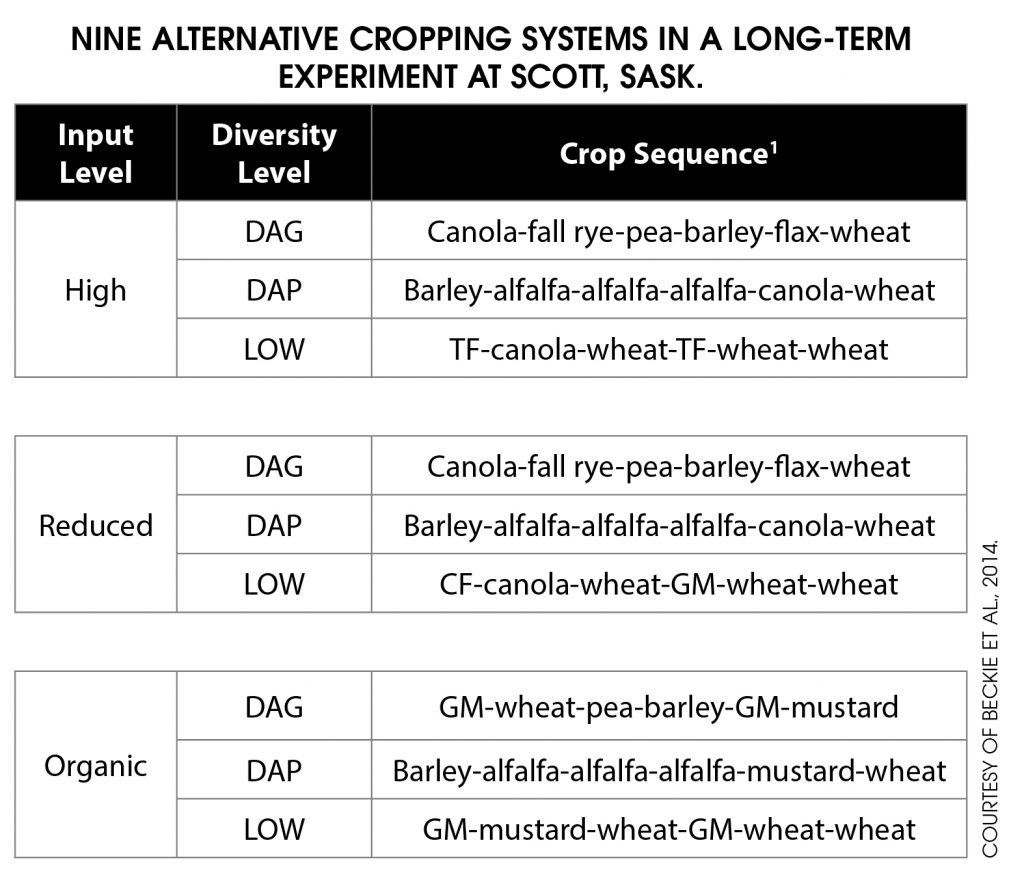 In a journal article, retired Agriculture and Agri-Food Canada (AAFC) weed scientist Neil Harker in Lacombe, Alta., and colleague Hugh Beckie, formerly with AAFC in Saskatoon and now at the University of Western Australia, wrote a paper recommending their top 10 herbicide-resistant management practices. Their number one practice was crop diversity.

“What we did find interesting in grower surveys was that [regarding] growers specifically dealing with resistance, there were four practices that they do preferentially, more so than growers without resistance: crop rotation, herbicide site of action rotation, tank mixing, and a burndown,” Beckie said at the 2018 Herbicide Resistance Summit in Saskatoon.

While growers are implementing crop rotation as part of their management strategy, are their rotations diverse enough?

A research study that supported crop diversity as an herbicide resistance management tool was conducted at AAFC Scott Research Farm in Saskatchewan. The long-term study was established in 1995 and compared different crop rotations, some including forages, in high, reduced and organic systems. After 18 years, the plots were analyzed for wild oat density and the percentage of wild oats that had Group 1 (ACC-inhibitor) resistance.

“Even with a diverse annual grain crop rotation, herbicide selection pressure was still high enough to have 40 to 60 per cent of the wild oat population resistant to Group 1 herbicides. It took including a perennial forage in the rotation to keep wild oat resistance at a level basically the same as organic systems,” says weed scientist Eric Johnson, formerly at AAFC Scott when the research was conducted, and now with the University of Saskatchewan.

Organic systems did not have any wild oat resistance, which was expected because of the lack of herbicide selection pressure.

The good news in the study was that when a crop rotation included three consecutive years of alfalfa, wild oat resistance was negligible despite having up to six applications of a Group 1 herbicide over the 18 years.

“Crop diversity helps, but rotations need to be really diverse and include forages to keep resistance levels low,” Johnson says.

Unfortunately, the results show that annual cropping system diversity by itself is not enough to slow the evolution of ACC-inhibitor resistance in wild oat. Cropping diversity must also be linked with herbicide-mode-of-action diversity and herbicide-use reduction that can be achieved with perennial forages.