Inoculation, management practices and plant breeding all have a role. 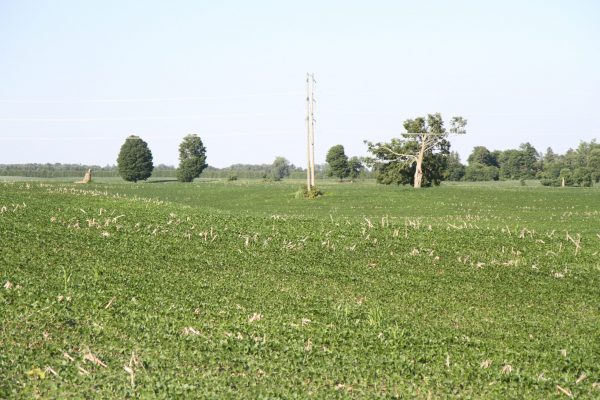 How can we change soil microbial communities to benefit plants? For researchers in the University of Guelph’s School of Environmental Sciences, that’s the million-dollar question. Soil microbiologists have been working on characterizing soil microbial communities for decades, says Kari Dunfield, professor and Canada Research Chair in Environmental Microbiology for Agro-ecosystems. “Traditionally we’ve thought of plants as their own entities, but now we’re trying to think about plants plus micro-organisms – so, you have both plants and microbes in the roots and within the plant. We’re realizing how big a role micro-organisms play and how they’re responding to their environment,” Dunfield says.

These days, there’s lots of interest in the use of microbial inoculants to stimulate plant growth, and many products hitting the market. Dunfield says these products often rely on single strains of plant growth-promoting micro-organisms (“single strain inoculation”) and are developed in labs with controlled conditions. Typically, inoculant products contain symbiotic organisms like mycorrhizae, which are dependent on the plant and whose behaviour is easier to predict. But once soil inoculants hit real-field conditions, their effect becomes harder to identify and understand. With all soil micro-organisms, the results are variable, Dunfield says. “The research is trying to find a predictive or standard response across multiple years and fields and conditions.”

“There’s a lot of work out there where people are looking at micro-organisms and host plants and not considering the different soils they could be putting those plants into, with different nutrients and textures,” she says. “But I think we need to consider those things and ask how agricultural management practices are changing the soil.”

Dunfield, with students Mica Tosi and Eduardo Mitter, recently published a back-to-basics review paper that summarizes principles of microbe-plant-soil interactions in the Canadian Journal of Microbiology. The paper discusses the three main techniques for manipulating the plant microbiome to exploit beneficial traits – introducing and engineering microbiomes, modifying the soil environment via agricultural practices, and breeding and engineering the host plant.

When it comes to introducing micro-organisms to the soil, single-strain inoculation tends to be the simplest technique. But “this strategy is particularly vulnerable because the inoculation successfully relies on the survival, establishment, and performance of a single strain, which could be outcompeted by the resident microbiome even within one week,” the authors write.

The addition of mixed inoculants to the soil can mean introduced micro-organisms are more resilient, but it doesn’t always mean success; negative outcomes can result from unexpected interactions with micro-organisms already present in the soil. A third inoculation technique is “microbiome transfer,” in which groups of undefined microbes are captured, assessed for their effect on plant growth or other qualities and transferred to the soil. Again, though, both short- and long-term effects of microbiome transfer on real-world fields are still poorly understood.

Modifying the soil through agricultural practices is a second technique for manipulating the plant microbiome. Agricultural management, the authors note, can be assumed to have had a strong selective pressure on microbiomes, but it could be possible to exert a stronger influence on soil microbial communities by mimicking natural ecosystems through ecological engineering. This can include management practices like increasing plant diversity via longer crop rotations and the use of cover crops, or intercropping, and reducing the use of chemical inputs, such as synthetic fertilizers and pesticides.

Dunfield’s team considers this technique the most promising. Not enough is understood yet about the plant microbiome to be able to link specific agricultural practices to specific microbial communities that can perform specific services, but this is her research group’s ultimate goal, she says. “You hear a lot of farmers saying they want their soil microbiome to be ‘diverse,’” Dunfield says. “It would be great if we could get even more specific. The idea is to create a kind of guide by looking for what’s in the soil and trying to backtrack.”

Dunfield’s lab is currently analyzing data from several long-term trials conducted in Elora and Ridgetown in order to start answering questions about how practices like crop rotation shift microbial communities over time. A third option for manipulating the plant microbiome is plant breeding. Under traditional plant breeding conditions, “you’d be selecting against micro-organisms because you’d be using a lot of chemicals and fertilizers, and that tends to minimize the benefits you can get out of microbial communities.”

An alternative approach is to try out different plant genetics in different environmental conditions, where the plant’s performance under different soils can be evaluated.

Host plant manipulation actually started thousands of years ago when farmers began selecting particular plants, the authors of the paper point out. These days, plant breeding takes advantage of new technologies, such as high-throughput genotyping, to speed up the process. But modern breeding programs still “mostly overlook” how plant genotypes affect soil and root micro-organisms.

It’s also true that modern plant-breeding programs tend to focus on the improvement of agronomic traits such as yield in intensively managed systems with optimal nutrient and pesticide programs. Inevitably this has resulted in a loss of diversity in root microbiota, often leaving plants more vulnerable to disease than their wild relatives, the authors write.

How can plants be bred to support healthy soil microbial communities? The answer is at least partly in the roots. The rhizosphere can support microbial communities that help plants thrive, and plants can be bred with an eye to improving “root architecture” – ideal for colonization and root exudates or emissions that provide them with carbon.

Research is needed to discover how plants could be bred for ideal endophytic (or interior) microbiota, which could improve plant resilience and disease resistance.

It’s a brand-new area of research, but in the last five years Dunfield says there has been a lot of work done on manipulating the host plant. “Maybe in the next five years, that will start to play out in research and plant breeding programs,” she says.