Striking the right balance between yield and test weight. 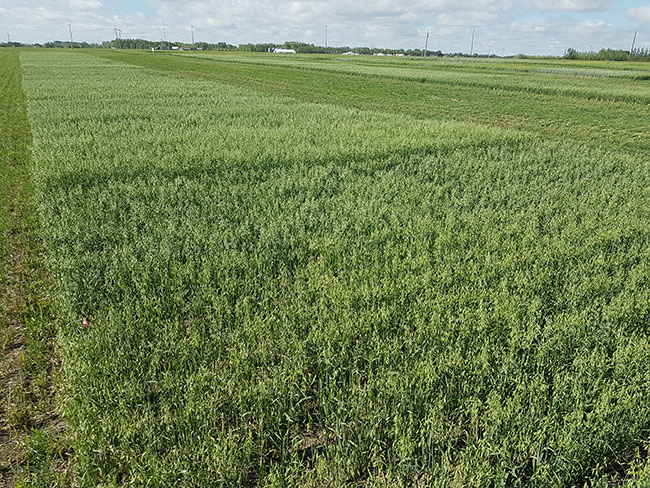 “We’ve been involved in oat test weight trials for a number of years and found that as the nitrogen rate is increased, oat test weight decreases,” says Heather Sorestad, research assistant with the East Central Research Foundation and Parkland College in Yorkton, Sask.

Sorestad and Mike Hall, research coordinator with ECRF and Parkland College conducted a number of oat trials in 2019 and 2020. Sorestad says that 2020 results were impacted by a drought with only two inches (50 millimetres) of rain in May and June compared to the long-term average of 5.25 inches (131 mm). This resulted in a short crop with yields averaging around 66 bushels per acre – much below normal.

“The drought presented an opportunity to compare Summit and CS Camden in good times and bad times,” Sorestad says.

Differing results between drought and normal years
In 2020, several research studies were conducted on oat with financial support from ADOPT and Canadian Field Crop Research Alliance. The first looked the impact of increasing N rate on yield and test weight of Summit and CS Camden. Nitrogen rates were zero, 36, 71, 107, 142, and 178 pounds N per acre (zero, 40, 80, 120, 160 and 200 kg/ha).

“We are finding that old 60 pounds nitrogen per acre recommended rate should really be more like 80 pounds N, especially if you are seeding oats early,” Hall says. “As an aside, even at the highest rate we didn’t have any substantial lodging in 2019 or 2020.”

In the drought year of 2020 at Yorkton, Summit had a modest yield response to N up to 71 pounds N per acre, where the yield response leveled off and then drops off above 107 pounds N. Yield was slightly above 60 bushels per acre. As was seen in previous trials, test weight did decline with increasing N rates. However, at all N rates, test weight remained much above the test weight discount level of 245 grams, with the lowest test weight at 274 grams, which occurred at the highest N rate.

In 2020, CS Camden responded similarly to N rates as Summit oat. Yields were similar, and test weight declined with increasing N rate. However, CS Camden had overall lower test weights than Summit, but still above the discount level. 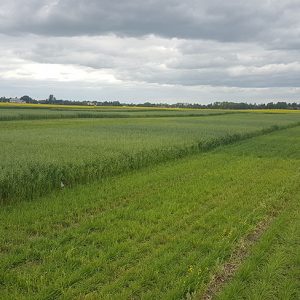 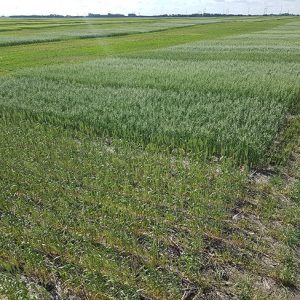 “So it would appear that Summit can maintain better test weights than CS Camden when growing conditions are good and when there is a drought,” Sorestad says. “Summit and CS Camden are both on the Grain Millers preferred list for this area, but we were wondering how some of the other varieties on that list would stack up.”

“Ruffian has yielded well in our past studies but should not have yielded as well as it did based on regional trial data published in the Seed Guide.  Ruffian may have received a little yield advantage in this study because its emergence was significantly lower than the other varieties. It is possible the lower plant population resulted in less interplant competition for moisture during the drought and in turn higher yield,” Hall says. 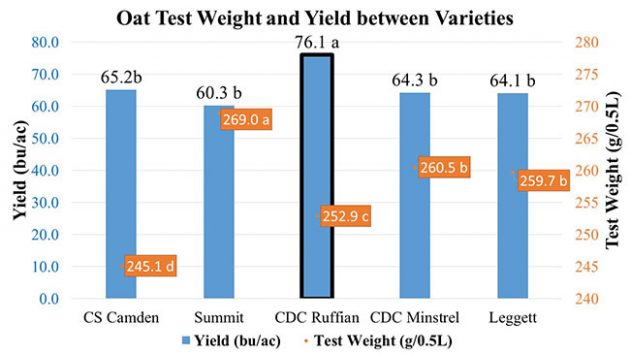 “Ultimately, the producer will need to decide how far to push N rates based on their own field experience because there are other factors to consider such as lodging. However, for those producers wanting to push N, using CS Camden would not be my first choice,” Hall says. “Low test weight will often get CS Camden into trouble as rates of N are increased whereas Summit rarely gets into trouble. If you are a producer that is struggling with low test weight, try growing Summit.”