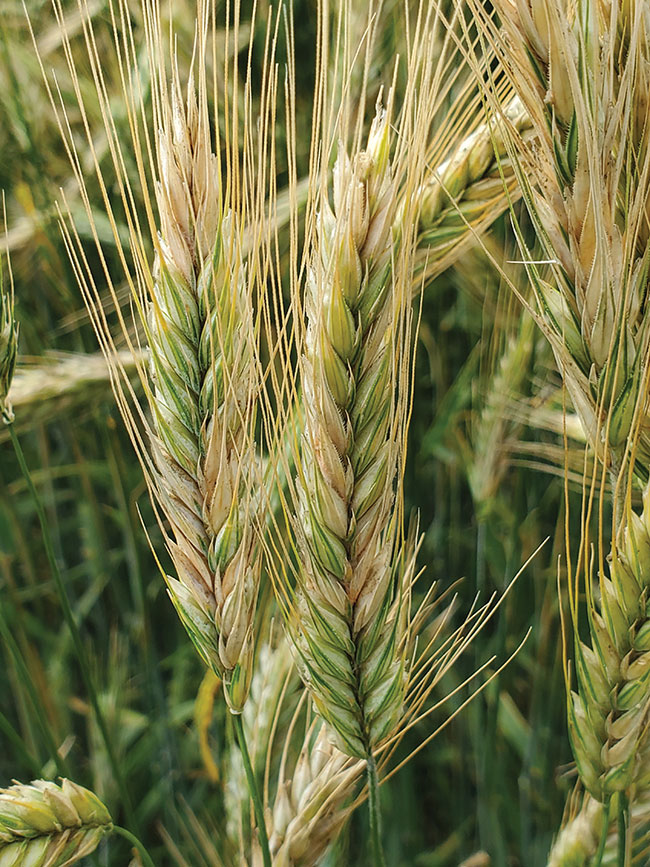 New research from the University of Manitoba focused on Fusarium head blight (FHB) in fall rye will help shed light on management options for producers.

Conducted at sites in Winnipeg and Carman, Man., between 2018 and 2020, the study compared FHB incidence and severity, Fusarium damaged kernels (FDK), the mycotoxin deoxynivalenol (DON), and grain yield, among other factors, in plots treated with artificial inoculations and untreated plots. The goal was to test the efficacy of different application timings of prothioconazole/tebuconazole (Prosaro) for control of FHB and reduction of DON in rye.

“Unlike wheat, which is self-pollinated, we were concerned about timing for fungicides to control Fusarium. We also wanted to determine if there’s a negative impact on yield, because we could be interfering with flowering,” Brûlé-Babel explains.

Wang’s study found grain yield was not affected by fungicide application when disease levels were low. In years with high disease severity, yields increased significantly in treated over untreated plots. Fall rye is also distinguished from wheat in flowering time: rye flowers for up to two weeks longer. Brûlé-Babel says because Fusarium impacts the spike of the plant, producers are usually told to apply fungicides as early as two days before anthesis (when first anthers extrude), up to five days after anthesis.

But in rye, Wang and Brûlé-Babel found it was actually better to apply after heading during flowering. Because of rye’s generous flowering window, producers have seven to 10 days to apply. That is, they have the option to apply, but shouldn’t need to, unless weather modeling and other risk assessments show conditions ripe for FHB. 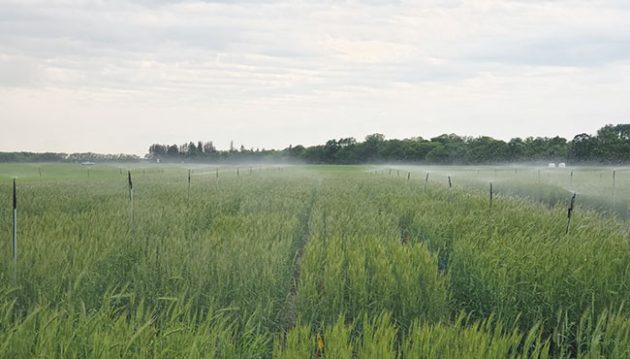 Improved varieties
Brûlé-Babel says the last several years have seen the introduction of improved rye cultivars, which is good news for producers – and can also mean rye is planted in regions more prone to FHB.

She stresses the first step to any FHB management strategy is to choose the most resistant varieties available, then use risk assessment tools to determine if spraying would be economical. If spraying is indeed recommended, producers should shoot for application timing between 10 and 80 per cent anthesis.

Brûlé-Babel and Wang recently evaluated two sets of rye breeding materials, one from the AAFC Lethbridge Research and Development Centre, including open-pollinated varieties and some hybrids, and one from KWS Lochow GBMH, a German crop breeding company. They evaluated FHB and leaf disease resistance, as well as ergot infection and other factors. 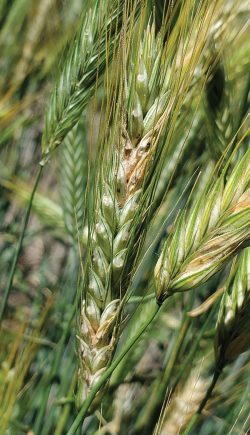 Fusarium species
A third component of Brûlé-Babel and Wang’s work together has focused on identifying Fusarium species in Manitoba. With the assistance of Maria Antonia Henriquez of the AAFC Morden Research and Development Centre, rye spike samples were collected from naturally infected fall rye fields between 2016 and 2018.

Of 980 samples, Wang says 23 per cent were infected with Fusarium. Wang was able to identify five different Fusarium species using PCR analysis: F. graminearum, F. avenaceum, F. poae, F. sporotrichioides and F. equiseti. Among the infected samples, the most common species was F. graminearum at 67 per cent, followed by F. avenaceum at 20 per cent. F. equiseti was found in only two per cent of samples.

Brûlé-Babel says the finding will mainly direct future research efforts. F. graminearum is prevalent in Manitoba and thus the pathogen of concern, and management in rye will follow the same lines as management in other field crops.

F. avenaceum produces a different mycotoxin called moniliformin, however, which has been observed on wheat in Saskatchewan; Brûlé-Babel says it’s important to be aware of the risk for moniliformin.

Overall, the research points to a surprising, and promising, conclusion: rye is less affected by FHB overall than wheat.

“Rye is behaving like barley, which has very good resistance to spread,” she says. “Controlling inoculum levels in the field, and doing some other management, is going to have a big impact on reducing Fusarium in rye.”