For farmers, the Holy Grail of malt production is to have a variety that can be fertilized for high yield, but still retain low protein content and qualify for malt grades. Since the 1990s, when AC Metcalf was registered and became the most widely grown malting variety on the Prairies, several new varieties have been registered. Researchers at Agriculture and Agri-Food Canada (AAFC), Alberta Agriculture and Rural Development, and the Canadian Grain Commission wanted to find out if these varieties responded differently to nitrogen (N) fertilizer than AC Metcalf.

“It is possible that one or more of these cultivars may prove superior to AC Metcalfe and succeed it as the most widely grown malting barley cultivar in Western Canada,” says AAFC research scientist John O’Donovan, who lead the research project looking at barley response to N. The results were published in the Canadian Journal of Plant Science in September 2015.

The research was conducted in 2010, 2011 and 2012 at seven locations in Western Canada: Fort Vermilion, Beaverlodge, Lacombe and Lethbridge, Alta., Scott and Indian Head in Sask., and at Brandon, Man. The Fort Vermilion site covered 2010 and 2011, and the Scott site did not collect data in 2012 because of flooding.

Barley was seeded into canola stubble at all locations using a no-till drill with knife openers. Row spacing varied from 7.8 to 12.2 inches and had a 10 per cent seedbed utilization. Seeding rate was approximately 30 seeds per square foot.

Five barley varieties were grown; AC Metcalfe, Major, Bentley, CDC Meredith and Merit 57. Urea nitrogen was applied at 0, 30, 60, 90 and 120 kg/ha rates in a sideband three inches below and to the side of the seed. Phosphate (11-52-0) was seed-placed at 13.1 kg/ha. A preseed burndown was conducted and in-season weeds were controlled as required.

CDC Meredith, Merit 57 most consistent
The researchers assessed yield and quality parameters in response to variety and N application. O’Donovan reports that Merit 57, CDC Meredith and Bentley had the potential for higher yield at five to 11 per cent more than AC Metcalfe. As expected, yield and protein content increased with increasing N rates.

An important result noted was that Merit 57, CDC Meredith and Bentley produced significantly lower protein concentration in response to N than AC Metcalfe and Major. Bentley, though, had more variable protein content across the different environments than the other low protein varieties. O’Donovan says the newer varieties had better N use efficiency, and theorized that it could be due to partitioning proportionally more N into leaf chlorophyll development.

“The higher leaf chlorophyll content may have enabled increased photosynthesis and a more efficient utilization of N for grain formation,” O’Donovan says.

CDC Meredith lodged most, followed by Merit 57, while Major and Bentley lodged least, especially at the higher N rates. CDC Meredith and Merit 57 took a few days longer to mature, but they still yielded equal to or better than other varieties in the northern Alberta locations.

O’Donovan concluded: “In spite of taking longer to mature and having higher lodging potential, CDC Meredith and Merit 57 were overall the most consistent cultivars across all environments in terms of relatively high yields and low protein concentrations. It is possible, however, that these cultivars may be negatively affected by early fall frosts, especially in the more northerly regions with shorter growing seasons.” 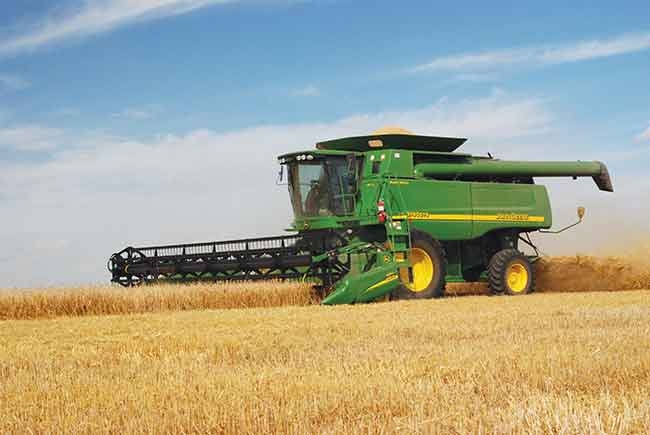 CDC Meredith and Merit 57 were the most consistent varieties in producing high yield with lower protein content. For farmers