Type the words “Canada + farm accident” into any internet search engine and the results will quickly populate. A farmer is injured after becoming trapped under a tractor. A victim is in critical condition after a grain entrapment. Another loses a limb after being struck by moving machinery.

In 2020, the Canadian Ag Safety Study – prepared by FCC Market Insights in partnership with the Canadian Agricultural Safety Association – reported 72 per cent of surveyed producers have had an incident (either an injury or a close call) on their operations at some point in their lifetimes. From 1990 to 2012, there were 2,324 agriculture-related fatalities in Canada, according to Canadian Agricultural Injury Reporting – that’s an average of 85 deaths per year.

On-farm injuries and fatalities can happen at any time, but the study provides a glimmer of hope, suggesting safety continues to be a priority for Canadian farmers. The report says 74 per cent of producers surveyed are highly motivated to continuously improve safety on their farms, and the majority note this commitment to farm safety is driven by the need to protect their greatest asset: people.

Prevention in your pocket 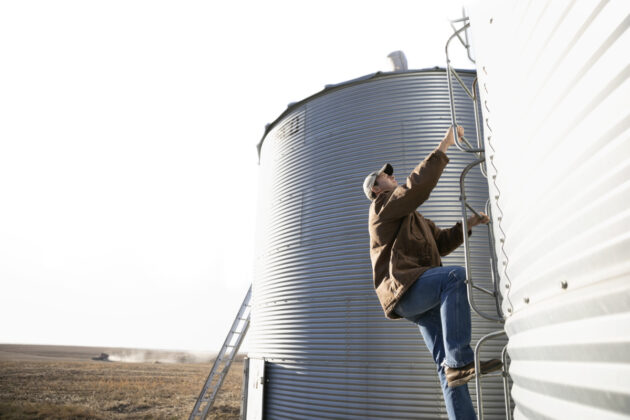 Keeping people safe is a priority for Tyson Ormann, who runs a mixed grain and cattle operation near Foremost, Alta. Ormann works with his father and two other full-time employees. Most of the time, Ormann says, everyone is accounted for. But the farm is located in a rural area where the nearest emergency medical station is more than 20 kilometres away and runs on a volunteer basis. And, like most Canadian farms, the daily tasks on Ormann’s farm often mean someone is working alone.

In the spring of 2021, Ormann began using TELUS Connected Worker solutions, technologies available through Decisive Farming by TELUS Agriculture. The service provides real-time monitoring of worker activity and location. With different device options, including a smartphone app, a standalone one-button cellular device and a satellite-enabled communication device for remote locations, the technology gives farmers like Ormann a way to ensure employees are easily able to access help when working alone. Ormann says this gives him extra peace of mind, which goes a long way when it comes to protecting his staff.

“Our operation is not overly huge – 95 per cent of the time, we know where everybody is and what they’re doing. But if someone was alone, or if I wasn’t around, it gives me a sense of security,” he says. “It’s all about safety.”

Ormann’s operation is like many farms in Canada that employ both family members and external workers in locations with limited connectivity. To address this need, TELUS has partnered with government-funding bodies to bridge the digital divide and connect every underserved community in Canada to high-speed internet by 2030 – a target committed to by the Government of Canada. 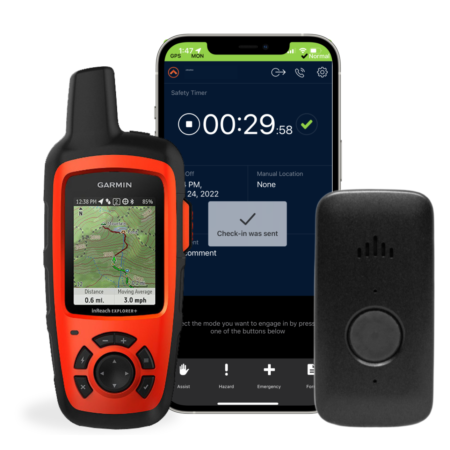 Fortunately, farmers today can access a range of Connected Worker solutions. Ormann, for instance, has used two devices: a one-touch button device powered by cellular data that can be worn on the body and a two-way satellite-enabled device that works even when cellular service isn’t available. In both cases, if a worker is in trouble, a simple press of a button will connect the user to a lineup of contacts, which could include himself, other colleagues, or an emergency-response centre.

“Most of the time, our customers opt to engage our professional response centre. This means as soon as help is needed, somebody comes on and activates the escalation path, which the farmer establishes based on their needs,” says Christiane Deschênes, senior product manager at TELUS. This could include a phone call to the farm manager, a next of kin, and/or dispatching 911.

Ormann feels both devices have their perks. He notes larger-sized operations with more employees may have different needs, but he appreciates having options available to best suit his farm and employees.

“The smaller, wearable device is so simple to use. I could give it to my father or any of my workers and all they’d have to do is push a button to send a signal to call for help,” he says of the Fall Detection Wearable. An extra layer of prevention is added with the device’s built-in fall detection, which will automatically call for help when the device senses a sudden drop or abrupt change in location.

“It’s simple to use,” Deschênes adds. “You can wear it on your belt, or as a pendant around your neck, and the device will detect when you fall and trigger a call to the response centre, with an escalation path if needed.”

As an added benefit, this particular device doesn’t require a personal license, making it an ideal grab-and-go option for anyone on the farm who might be performing a potentially dangerous task, notes Susan Cooley-Pottier, senior product manager at TELUS. 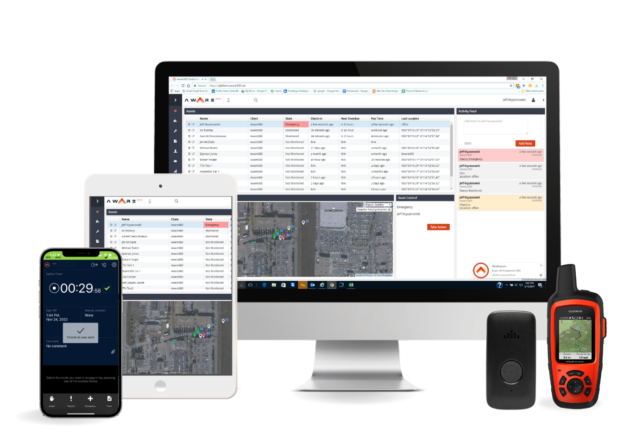 For areas with little to no cell coverage, Ormann prefers the satellite-powered device, called the inReach SE+. This pocket-sized device features a screen that shows longitude and latitude co-ordinates to share a precise location – something he says is useful if needed to locate a person or a problem, or to mark a non-urgent safety issue on the farm that he can revisit later. While this device is larger than the Fall Detection Wearable, it provides more information and was reliable in spots where service wasn’t available. Deschênes says these devices also offer check-in and check-out services for farmers who are working in potentially hazardous situations by themselves.

“For example, let’s say you’re working in a dangerous area or handling hazardous material for 30 minutes. You can set a hazard timer where [the response centre] can monitor you for a set period of time, and if you don’t check back in after that time, someone will call to ensure everything is OK,” she says.

In order to ensure safety remains a top priority, the TELUS Connected Worker solutions are designed to be incorporated into daily life on the farm without being disruptive.

“There’s a duty of care [for farm managers] to keep their family and employees safe,” Cooley-Pottier says, pointing to the different types of technology and monitoring services available, including a smartphone app and other wearable and handheld devices.

“Farmers are resourceful,” she adds. “They have to do so much creative thinking on the farm because they’re doing so many things on their own. Connected Worker solutions are an extra layer of security that can take the burden off of the farmer. It adds some peace of mind to some of those activities. We’re there in your back pocket when you need it.”