Glenlea Research Station at the University of Manitoba is home to several long-term systems-level research studies. Photo by Julienne Isaacs.

According to Don Flaten, a professor in the department of soil science at the University of Manitoba (U of M), when new research data from one of U of M’s long-term studies is published, word quickly spreads to his colleagues around the world. “Before long, they’re calling to say, ‘Don, why didn’t you tell us about this data sooner?’” he says.

Data from long-term research studies becomes exponentially valuable over time, but such studies are becoming rarer – particularly when they operate at the systems level, analyzing a variety of qualities in the agricultural system, and their interactions, over time.

“Studies like these are always under pressure because they consume resources,” says Martin Entz, a professor in the U of M’s plant sciences department, and head of Glenlea Research Station’s 24-year long-term organic and conventional cropping study. “When times get tough, they’re on the chopping block.”

Flaten says universities are especially challenged to maintain long-term trials. He leads the National Centre for Livestock and the Environment’s (NCLE’s) long-term manure and crop management field laboratory at Glenlea. “Our study has no permanent technical support,” he says. “It relies on year-to-year funding from granting agencies. Agriculture and Agri-Food Canada’s (AAFC) support for long-term studies is vital.”

The project also relies on local industry partnerships with the Manitoba Pork Council and the Dairy Farmers of Manitoba, and a variety of national and provincial grants.

Glenlea is home to several long-term systems-level research studies, including Entz’ study, which began in 1992, and is Canada’s oldest evaluation of organic cropping systems. But Entz says there are even older studies across Canada, such as AAFC’s long-term crop rotation study based at Indian Head Research Farm, which has been running since 1958. Lethbridge is also home to a very simple rotation study (not systems-based) that has been running since 1911.

Systems approach
According to Christine Rawluk, NCLE’s research development coordinator, long-term systems-level research studies are important because systems are incredibly complex and change over time. “If you make a decision based on a short-term study, you don’t know if the change you’re implementing has true benefits or negative consequences in the long-term,” she says. “Time is a really important part of the system itself.”

Systems are vulnerable to a wide range of factors, such as weather and soil variability, and management practices.

NCLE’s manure and crop management study analyzes the effects of different types of manure fertilizer on soil nutrients over time. “One year or even three years doesn’t give you the whole picture, particularly with nitrogen, because the yields don’t start showing an effect from solid manures before five years or more,” Rawluk says. “So if we were to look at it for just one growing season, we wouldn’t have an accurate sense of how organic reserves of soil nitrogen are becoming available over repeated years.”

Flaten says farmers take a long-term approach to farming by applying specific management practices over extended periods, so it only makes sense to analyze practices in the long-term at the research level. These studies can account for the impact of short-term practices in the long term. “And sometimes there are results you don’t understand, which challenges us to realize there’s more to systems than we know,” he says.

Entz says his long-term study has paid off in spades. “One of the things we’ve discovered is that the more ecological farming systems that use fewer external inputs over time, with small adjustments to management, have become very productive and economically and biologically efficient. We’d never have discovered that if we’d only done that for five years,” he says.

The Glenlea studies have a highly practical element. Researchers actively encourage involvement from industry groups and producers so they can influence the studies from the ground up.

NCLE’s studies aim to encourage partnerships between crop and livestock producers. “We’re looking for opportunities to capitalize on the integration of livestock and cropland,” Rawluk says. “Whether it’s a mixed operation or a situation where your neighbour has annual crops where you’re applying your manure, we’re looking for opportunities for collaboration at the farm level.”

There’s another key benefit to Glenlea’s long-term systems-level research studies: they actively encourage interdisciplinary conversations and cross-departmental collaboration, which counteracts a culture of specialization that has actually been counterproductive to agricultural research.

Long-term systems-level studies are designed to be sustainable, which means seeking input from experts across the university. “When considering parameters for the Glenlea study, we consulted with economists, soil scientists, entomologists,” Entz says.

“Specialization has become the norm, and agriculture is no different – we have specialists in particular areas of soil fertility, and in plant diseases,” he notes. “You’d be surprised how difficult it is for those specialists to talk to each other. But the farm system is not specialized – what happens in one part affects the other parts. That specialization has precipitated very specialized research. Everyone is solving a problem their own way. But at some point you have to put it all together.”

Flaten calls long-term systems-level studies “goldmines” of data for agricultural research. Entz agrees. “The systems-level approach to long-term studies is valuable because life works at the systems level,” he says. 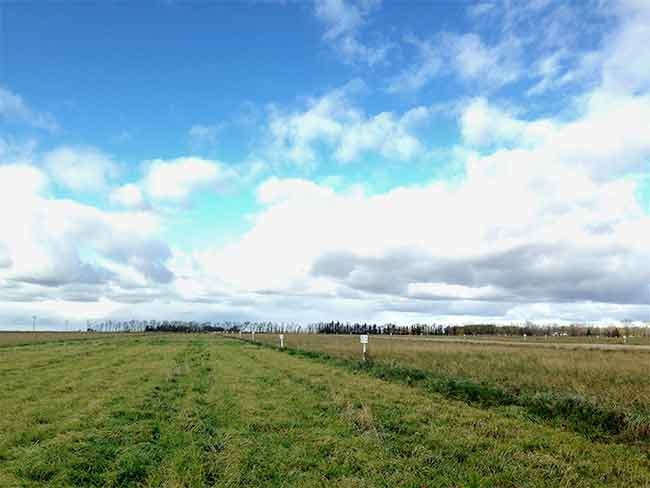 Glenlea Research Station at the University of Manitoba is home to several long-term systems-level research studies. According to Don Flaten